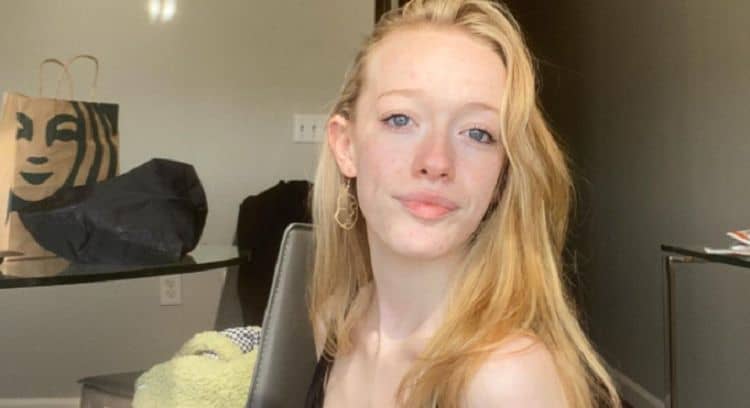 Amybeth McNulty has been acting professionally for a little over five years, but she has officially gotten the break that could change the course of her career forever. It was recently announced that Amybech would be joining the cast of the hit series Stranger Things, and fans couldn’t be more excited. Amybeth is a tremendously talented actress whose resume already includes some impressive appearances. Being in Stranger Things will only allow her to expand her reach even further. More than likely, the show will also help her land other great opportunities in the future. Here are 10 things you didn’t know about Amybeth McNulty.

Amybeth was born in Ireland to an Irish father and a Canadian mother. She has also spent a lot of time in Canada. Although actors from all over the world eventually find themselves itching to move to the Los Angeles area, Amybeth doesn’t seem to feel that pull. She still lives in Ireland and we didn’t find any information to suggest she plans on moving.

2. She Is A Vegetarian

While we know that Amybeth is a vegetarian, we don’t have any information on why she decided to chose a vegetarian diet or how long it’s been since she made the decision. Although some people think that vegetarians don’t have any food options, Amybeth enjoys a variety of vegetarian substitutions.

Just because Amybeth works in the entertainment industry doesn’t mean that she wants to be surrounded by cameras and flashing lights all the time. In fact, when she isn’t working, she prefers to stay a little more low-key. She loves being out in nature and she enjoys things like hiking and kayaking. Not only does she love taking in the beauty of her surroundings, but being outside is also a great way for Amybeth to recenter herself.

In the summer of 2020, Amybeth received an outpouring of support when she “accidentally” came out as bisexual on Twitter. Apparently, Amybeth liked a tweet that said “Amybeth McNulty is bi as hell”. Since people can see each other’s likes on Twitter, Amybeth followed up with a tweet of her own that said, “Well, I think I just accidentally came out hahaha happy pride month lovelies.”

5. She Isn’t Related To Kevin McNulty

Any time people in the entertainment industry have the same last name, rumors start to circulate that they’re related. Once Amybeth started to make a name for herself, lots of people began to assume that she was related to Canadian actor Kevin McNulty. However, that isn’t the case.

There are a lot of actors who have YouTube channels, but most of them aren’t into it like Amybeth. Not only does she have a channel, but she actually posts on it pretty regularly. She currently has 663,000 subscribers and her channel has gotten more than 18 million views. She posts a wide variety of content including vlogs and Q&A videos.

The last couple of years have been huge for Amybeth in more ways than one. Not only have things been going extremely well in her career, but she’s also found happiness in her love life. She is in a relationship with a man named Louis Hynes. The couple has been together for a little over a year and they appear to be going strong. Her boyfriend is also an actor who is best known for his roles in A Series of Unfortunate Events and The Great.

8. She Is A Phoebe Waller-Bridge Fan

In addition to being a great actress herself, Amybeth also loves watching the work of other talented actresses. One of her favorites is British star Phoebe Waller-Bridge who is known for a variety of TV and film roles. In a tweet in February 2021, Amybeth shared that she loves watching anything that Phoebe is in.

9. She Is An Award Winner

Even though Amybeth doesn’t have a very long list of acting credits, all of the roles she’s had so far have really allowed her talents to shine. Fans love her work and she’s also earned the respect of people in the entertainment industry. She’s already won two awards and there will probably be a lot more in her future.

10. She Is Family Oriented

Amybeth hasn’t shared a lot of information about her family, but her Instagram posts make it very clear that she comes from a tight-knit family. She has an especially strong bond with her grandmother who has made several appearances on Amybeth’s Instagram.