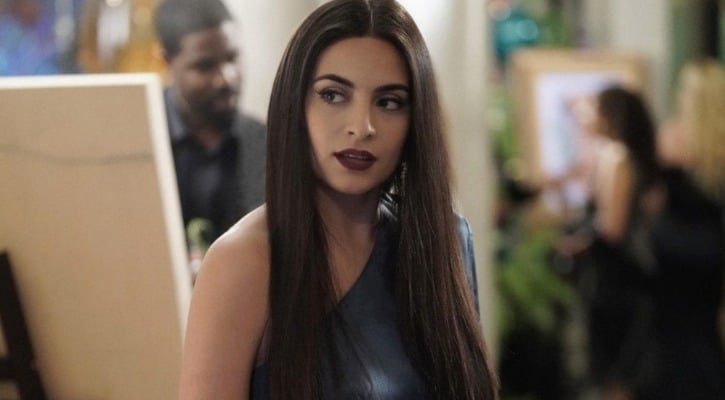 Ana Brenda Contreras is a Mexican-American actress. In recent times, her name has been receiving a fair amount of mention in English media because she has been cast as a main member of the cast on Dynasty, so it will be interesting to see how her career continues to flourish from this point forward. Here are 10 things that you may or may not have known about Ana Brenda Contreras:

Generally speaking, Contreras is famous for her Spanish-speaking roles. However, it is interesting to note that she was born in the United States. To be exact, Contreras was born in McAllen, which is situated in the southern tip of the state of Texas. As such, the city engages in a lot of cross-border trading with Mexico, which has been responsible for a lot of its growth since the implementation of NAFTA.

2. Grew Up in Rio Bravo, Tamaulipas

With that said, Contreras grew up in Rio Bravo, Tamaulipas. Perhaps unsurprisingly, the city of Rio Bravo can be found on the northern border of the state of Tamaulipas, which in turn, is situated in northeastern Mexico. Due to its location, the city of Rio Bravo has seen significant growth because of NAFTA in recent decades, with the result that it has become something of an industrial center.

At the age of 15, Contreras moved to Mexico City, which made perfect sense for someone seeking to get involved in Latin American entertainment. Mexico City is one of the most important cities in North America by virtue of its size as well as a host of other factors, so it stands to reason that it boasts an enormous presence in the entertainment industries as well. To be exact, it can claim the status of being the fourth biggest production center for movies and TV shows in the whole of North America, which is enough to make it the biggest in Latin America.

However, it is interesting to note that Contreras didn’t head out to Mexico City to become an actress. Instead, she headed out to Mexico City because of her singing aspirations. In short, Contreras winded up becoming a finalist on a singing competition show called Pop Stars, with the result that she became a member of a group called T’detila that managed to release a self-titled album in 2003.

It wasn’t until later that Contreras went to the Centro de EducaciÃ³n ArtÃ­stica to study acting. It is interesting to note that the Centro de EducaciÃ³n ArtÃ­stica is an institution specializing in entertainment-related education that is run by Televisa, which is the biggest media conglomerate in Mexico and the rest of the Latin American world. As a result, it should come as no surprise to learn that the institution serves as a kind of incubator for talent for the media conglomerate’s movies and TV shows.

Dynasty is a soap opera. Granted, it is a soap opera that is broadcast during prime time hours rather than the daytime, but that doesn’t change the fact that it is a soap opera. As such, since Contreras was chosen for the main cast of Dallas, it makes sense that she has starred in multiple telenovele, which would be Latin American soap operas.

7. Believes that Telenovele Have Been More Successful Because Producers Are More In Tune with the Viewers

It is interesting to note that telenovele have continued to be very successful whereas their northern-based counterparts have been struggling to some extent, so much so that both kinds of shows have been setting records for very different reasons. Contreras believes that this can be explained by telenovela producers putting considerable time and effort into monitoring the thoughts of their viewers by conducting polls, reading sent-in emails, and various other methods. This provides the telenovela producers with a good idea of what their viewers are thinking, thus enabling them to make creative choices that are more pleasing to said individuals.

8. Has Commented on the Challenges of Filming for Five Nights a Week Telenovele

Contreras has commented on the challenges of filming for a telenovela that is broadcast five nights a week. For example, she has to arrive on the set at around 6:30 am or 7:00 am. After which, she has to spend about an hour getting her hair as well as her makeup done before she can get started on filming. Likewise, the scenes aren’t filmed in chronological sequence, meaning that there can be a fair amount of jumping around from episode to episode. Something that can make it rather difficult to get into the right mindset for each scene to say the least.

9. Has Found Different Things to Enjoy in Acting for Theatre, Film, and TV Shows

Over the course of her career, Contreras has been in theatre productions, movies, and TV shows. As a result, she has found things that she enjoys about acting in each of these kinds of projects. For example, she feels the tension from having a live audience for theatre productions. Likewise, she appreciates the rhythm of acting for TV shows as well as the cautious preparedness of acting for movies.

10. Has Learned to Take Failures in Stride

One of the lessons that Contreras has learned over the course of her career is to take failures into stride. As she sees it, some of her roles will be on successful projects, while other roles will be on not so successful projects. Certainly, she can choose to take it personally whenever something winds up being unsuccessful. However, she can also choose not to do, which is the option that will keep her in a happy state of mind. Suffice to say that this is a pretty sensible attitude that is useful in not just acting but also other fields as well.goo