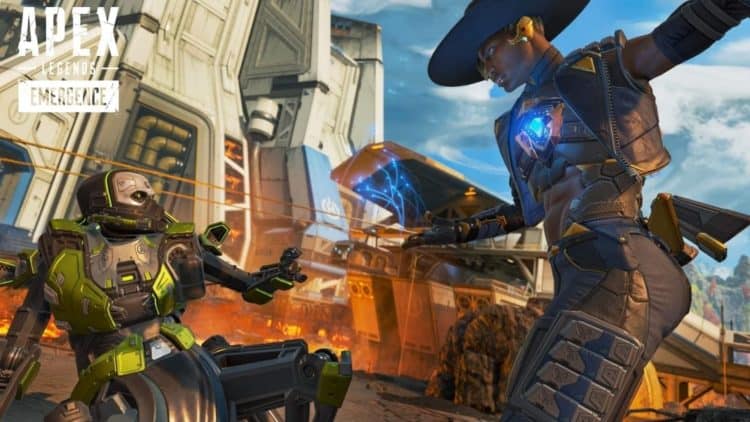 Apex Legends holds no qualms about trying different things with each Season. With Season 10 most likely launching on August 3, 2021, there’s a slew of new content for players to chew on. Season 9 definitely was one of the better Seasons, since it introduced Valkyrie, the Bocek Bow, and the Arenas game mode. Of course, players of any battle royale game know that Seasons come and go. With Apex Legends, this is no exception. With each subsequent Season, Apex Legends keeps getting more immersive and interesting. Many are left to wonder what the next Season will bring, but there have been some leaks that are striking some players’ curiosity.

Season 9 was titled “Legacy”, now it’s known that Season 10 will be called “Emergence.” Evidently, this Season will be wrapped around a new legend called Seer. He is an African tracker that is adorned in a futuristic garb and wide-brimmed hat. He seems to be one of the most stylish legends that were put on the roster for some time. Currently, the only tracker that’s available to play is the fan-favorite Bloodhound. Players that have been playing Apex Legends since launch would be hard-pressed to play a single round without running into Bloodhound at least twice. He is definitely one of the most popular legends out there and having a new tracker around is welcomed.

It is known that Seer will play somewhat similar to Bloodhound. In fact, he might be a little more pragmatic when tracking enemies in comparison to Bloodhound. Seer is equipped with a heartbeat sensor that is activated when looking down the sights of his firearm. On top of that, he also comes with little moth-like drones that can help the squad see enemies through the walls. It also appears that his Ultimate Ability is dropping a large sphere that unleashes a swarm of nanobots that reveal the location of all enemies throughout the area. It seems that campers and snipers will have a difficult time digging in with Seer on the other team. His backstory is mysterious, that it involves a child would be born with the mark of the cursed moth. This would most likely explain the abilities that he has, in the sense that is more mystical in origin and not solely dependant on technology. Judging by the trailer, Seer is well-versed in fighting and apparently, he can give the rest of the Legends a run for their money. It also helps that he looks snazzy, too.

Plus, it appears that there will be a ranked mode for the Area game mode. During Season 9, there were a lot of quitters during Arena mode and perhaps having ranked areas will help with that problem. The Ranked Arenas will be coming in three maps; King’s Canyon-Hillside, World’s Edge-Dome, and Olympus-Oasis. Also, the ‘World’s Edge’ map will be getting a robust update. The Harvester is about to erupt and speculation points that this map will be flowing with lava throughout. Plus, a new weapon will be thrown into the fray. It is called the Rampage LMG and it should scratch the itch for players clamoring for another machine gun beside the old M600 Spitfire and Devotion LMG.

Changes In The Horizon

Of course, with every update on Apex Legends, Respawn likes to tweak the roster of Legends with varied buffs and nerfs. This is a common occurrence with any online competitive shooter and sometimes these changes are shrouded in controversy and other times they are welcomed. None of these changes are confirmed, but currently, a rumor is going around that Wattson will be getting both a buff and a nerf to keep her balanced. The developers find Wattson to be a particular character to where if any of her attributes change, then something else needs to change along with it. Apparently, they think it’s easy for her to become overpowered and they have to be careful with her. Thus, other buffs will probably be coming with; Crypto, Horizon, and Caustic. As far as nerfs, it’s likely that this might be happening with Revenant.

In fact, Respawn is taking some extra time with Crypto and giving him some attention. They realize that he’s never really anyone’s top choice and they want to make him more accessible. A developer at Respawn mentioned, “When assessing how to make him a bit sexier, I think streamlining the flow between Crypto mode and drone mode, and maybe distributing that power in a more healthy way so it’s not quite as binary, would be a nice way of approaching that”. Crypto does have a lot of potentials and it would be nice to see more players give him a chance. Right now, players see him as mostly a stealthy character that provides support more than anything else. Perhaps, changing him to be more proactive on the battlefield will make him a force to be reckoned with.

It’s becoming apparent that Respawn wants to expand Apex Legends beyond its core Battle Royale motif. Having Ranked Arenas is a good addition for sure, but there are also rumors swirling that there might be a “Capture The Flag” game mode in the works. If true, it would definitely give this title some freshness beyond its current game modes. There is no doubt, that ‘Capture The Flag’ is a very popular game mode that’s found in virtually every action-shooter in some form. With the excellent layout of the maps and all the colorful characters that come in the roster, it does indeed seem like a good fit. Of course, only time will tell to see if this rumor holds weight.

So, if any of these rumors are indeed true, then this will inject some new life into a title that might be losing a little steam. The world of Apex Legends has a lot to offer beyond the standard Battle Royale fare and maybe adding new modes will certainly expand its lifespan. Right now, fans of Apex Legends will have to wait a little while longer before Season 10 goes live and see what new surprises await.