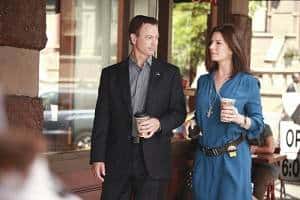 Sela Ward has had an impressive career to date and she’s not done yet, not by a long shot it would seem. She’s only in her early 60s after all and she looks great and her acting is at the top level of where it needs to be. If you wonder why you haven’t seen her in more films then the answer could be that she’s not the only great one there, but that might be too simple. Maybe it’s just because there’s still a lot of competition at the top since Ward and a large number of actors are starting to come into their later years in life and the number of distinguished and elite actors is so great that the roles have to be divvied up somehow. In any case she’s been quite impressive in the roles she has been given throughout the years. She can be cold as ice and domineering or she can be warm, affectionate, and the kind of mother you’d love to have in your life since she seems so nurturing and capable of such great emotion. That’s why she’s so awesome, her range is among the best of anyone in Hollywood and her ability to make you believe in her role is simply perfect when it needs to be.

If there’s any other question of how dedicated she is to her craft and how good she really is then take a look below and you’ll understand her greatness.

The Day After Tomorrow

As Dr. Lucy Hall she is completely dedicated to her patients and won’t leave the hospital until every last person is out. Unfortunately there is one young patient that requires a lot of effort to take out since she is hooked up to too many machines to be easily moved. That’s when Dr. Lucy decides to brave it alone and stay with her patient while everyone else evacuates upon her order. That’s the kind of selflessness you hope to see in the average doctor though in real life there would be some hard choice to make. After all the hospital would be just as subject to the weather as any place and would no doubt become just as dangerous as any other location. But her ability to portray a doctor that simply wouldn’t leave her patient all alone is brilliant and it does make it possible to retain some faith in humanity.

This film was absolutely lambasted for being one of the worst when it came out but the truth is that the story wasn’t really that bad, it was the execution that could have used some work. She gets to play the President in this film (foreshadowing maybe?) and best of all she’s a no-nonsense kind of woman that lets the aliens know that they picked the wrong planet to come to and get aggressive. Throughout the film the idea of the aliens being the same but having better tech seems like a bigger version of the first movie but still the same thing. However the story isn’t all that bad, though the way in which it was done could have had some help. It also didn’t make sense that they didn’t bring Will Smith back and killed off Vivica A. Fox. Jeff Goldblum and Judd Hirsch got to survive after all, and they were in worse positions than Smith was in the first film. Well, not really, but then Will Smith didn’t have to deal with the alien queen.

Her part in this show was short but it’s been rumored that she could come back for season 3. Until it comes out though, meaning next year at the earliest, we just won’t know. What we do know is that there was a big buildup to even meeting Juliet, and then she turned out to be just as vindictive as the rest of her family. Of course William was no saint, and definitely deserves the fate he’s been given. But to see Sela Ward, a woman that can be so caring and so full of life, simply give in like she does, seems kind of odd and out of character. But again, this is why she’s so good, she makes you think long and hard about what you’re seeing and what she could possibly be doing in a part like this. The woman is a true artist when it comes to acting and she’s not utilized nearly enough when it comes to the industry.

The hope is that Sela will come back for a third season of Westworld even if it’s just as a memory or a flashback. Her presence on any project is almost guaranteed to be something great since she’s an astounding presence that elevates everyone around her just a little bit more by being there.