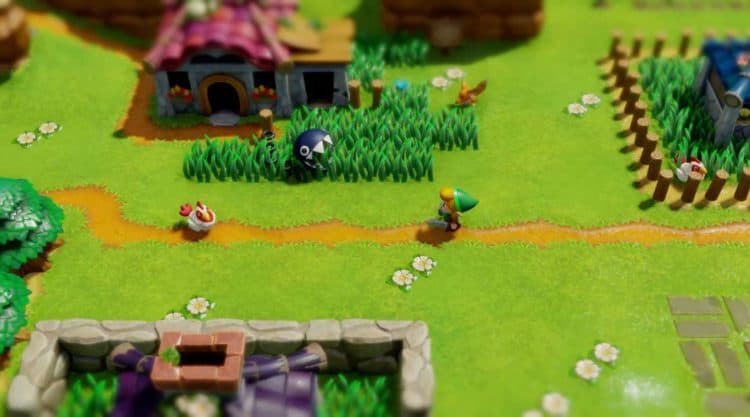 The Legend of Zelda: Breath of the Wild came out in March of 2017. As a result, it is natural for interested individuals to be curious about what Nintendo has in store for the long-running franchise in 2019. So far, it has been confirmed that The Legend of Zelda: Link’s Awakening will be receiving a true remake for the Nintendo Switch. However, there are some people who suspect that there might be a second The Legend of Zelda game coming out as well.

What Do We Know About The Legend of Zelda: Link’s Awakening?

First, The Legend of Zelda: Link’s Awakening started out as an action-adventure game that was released for the Game Boy in 1993. In short, its story saw Link waking up on the shores of Koholint Island after his ship was caught in a fierce storm. As a result, much of the story was focused on Link finding a way home, which turned out to be much more difficult than what he might have expected because of wholly unforeseen factors. For the most part, Link’s Awakening used the top-down perspective that was common for the franchise in that time period. However, it is interesting to note that it featured side-scrolling segments as well, which were by no means unprecedented but nonetheless enabled it to stand out from its counterparts. Moreover, what was particularly unusual about Link’s Awakening was that Link could jump even in the top-down segments, which enabled a wide range of game-play possibilities that made it one of a kind among the top-down titles.

Now, the remake of Link’s Awakening promises to introduce this curious formula to a new generation of players. We don’t get a very long look at what we can expect from the 3D remake, but we got enough to tell that it retains the game’s core characteristics, which should come as welcome news for those who remember its predecessor with fondness but have been wanting a more convenient way to play it in modern times. For that matter, Link’s Awakening promises to be an entertaining purchase for people who no previous experience as well, not least because fundamentally speaking, it was a good game with strong gameplay that will now be paired with renewed graphics for the modern age.

As for the second game in The Legend of Zelda franchise that may or may not be coming in 2019, well, interested individuals should know that it is based on rumor. In short, a user named Vergeben has been posting on both GameFAQs and Reddit that Nintendo has some kind of 2D Zelda game that is being developed at the moment but is expected to be released in 2019 as well. Under normal circumstances, this kind of rumor should be ignored. However, Vergeben has managed to earn some measure of trust because some of his rumors have been proven to be right in the past, with an excellent example being how he was able to predict both Ridley and Simon Belmont for Super Smash Bros. Ultimate. With that said, interested individuals should note the key word in the previous sentence, which is that some but not all of Vergeben’s past rumors have been proven true. Due to this, interested individuals might not want to get too hyped up at the moment before an official source confirms the existence of this second Zelda game that may or may not be coming out in 2019 ahead of Link’s Awakening.

As for what this second Zelda game might be, there are a number of potential answers. For example, it is possible that this will be a new title in the long-running franchise, though that raises questions about Nintendo’s marketing for it. In contrast, it is possible that this will be a new version of a previous 2D Zelda game, whether that means a simple and straightforward port or another remake in the same sense as Link’s Awakening. Whichever the case, there isn’t much point to speculating too much at this point in time because the existence of this second Zelda game hasn’t been confirmed, meaning that it is best to wait for more time to pass.