Home
TV News
Are We Ever Going To See a Mountain Monsters Season 6? 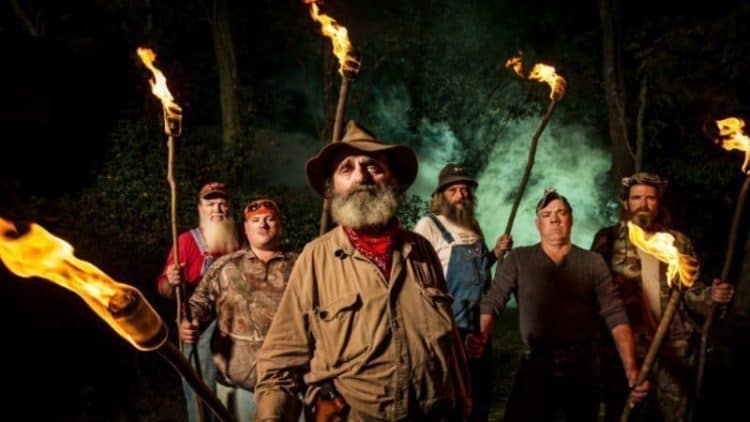 Mountain Monsters is a show that has aired for five seasons on Destination America, one of the channels that’s frequently featured on premium packages for satellite and cable television. Typically, the network deals with things that are paranormal and in some cases, they venture into the world of cryptozoology. Mountain Monsters is a show that kind of combines both of these things into a single series, and people that have seen it either love it or hate it. It really is no middle ground with this show, to say the least.

The show features the AIMS team and typically, you see them going out into the backwoods of the Appalachian Mountains looking for bigfoot or other storied cryptids that people have reported seeing. For many seasons, that was essentially the basis for each show. Every week, they would go out looking for something different and it was always something that had previously been rumored to exist, but never proven.

Over the course of the last season, which was season five, the show really did change quite a bit from its original storyline. Instead of having the team going after cryptids, they were in search of a rogue team that was out to get them, even going as far as supposedly kidnapping its members. They ended up in a place called the Dark Woods and all in all, the show turned into something more akin to The Blair Witch Project than anything else. At the end of the fifth season, no information was released regarding whether or not the network planned on bringing the show back for season six.

You might think that the show was having problems with ratings since they made such a dramatic departure from their original style during the fifth season but that isn’t necessarily the case. As a matter of fact, a lot of people seem to be very fond of this show and even though they weren’t all crazy about the changes during the fifth season, there has been a dramatic amount of support asking the network to bring the show back for the sixth time. Fans have even gone as far as signing a petition to keep the show going and that petition has more than ten thousand signatures on it.

Have any of the attempts to get a new season actually worked? The truth is, nobody really knows. Destination America hasn’t said anything about whether or not the show will be renewed. You might think that no news is good news, but it’s incredibly frustrating when you can’t seem to find anything about the show when you’re anxiously anticipating its return. Unfortunately, there just isn’t much news. There was a time a few months ago when one fan had posted information on social media, claiming that new episodes were being filmed. Whether or not that was actually the case remains yet to be discovered.

If the network follows the same schedule that it has for the past five seasons, a season six would probably show up within the first three to four months of 2019. That means it really shouldn’t be long until somebody starts saying something about it. You would think that they would start to run commercials about it or post something on their website prior to the end of the year and if not then, certainly within the first couple of weeks of the new year. If nothing is said about it by then, that means there’s a very real possibility that the show is not going to be picked up for a sixth season.

Unfortunately, that’s about all the news there is about the show right now. It has definitely proven to be one of their more popular series, but anybody that watches the network on a regular basis can’t help but notice that in the last few months, there have been a lot of changes at Destination America. They don’t run the same type of programming as they used to, at least not nearly as much. You can still find things about the paranormal there, but you’re just as likely to find something about lifestyle topics such as building a dream home or eating a certain type of food. When you consider that fact, it’s entirely possible that the network has decided that it’s no longer going to air as many of the same types of shows and this might have been one of the first ones to hit the chopping block. Nobody really knows at the moment what’s going to happen with it so all fans can really do is keep waiting and watching.