Home
Movies
Are We Ever Going to See “The Thinning 3?”
Prev Article Next Article 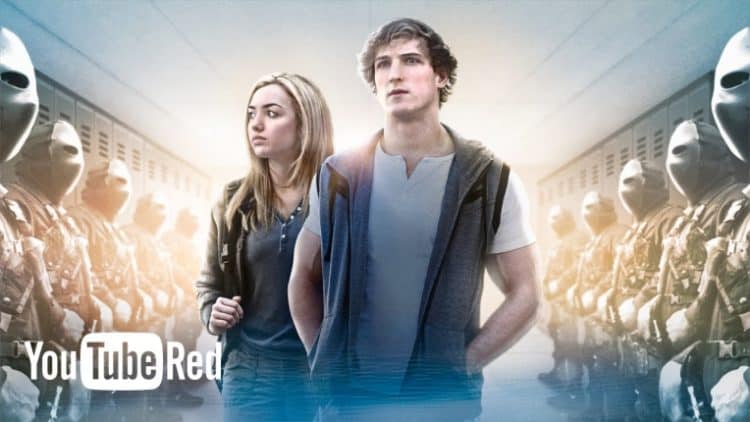 Let’s start out with the actual show before we go into why it might not be coming back anytime soon. So The Thinning, starring Logan Paul, the famous YouTuber that millions of people have decided to make famous, is a rather bleak look at a dystopian future in which natural resources are just about depleted and the overpopulation of the earth has forced the UN to send out a decree to every country that per a single standardized test, those that are deemed intelligent enough to pass will survive, while those that fail will be executed. Sounds almost like something that some folks in this era would support, right? Well it’s not talking about high school alone, this measure would be grades K-12 and it would be final. All grades would stand, and if someone so much as forgot a question and didn’t mark it then their grade would reflect this.

The idea is something that seems quite barbaric and not at all human, but it did manage to get a lot of support when it came to YouTube, quite likely because of Logan Paul since he is one of the top five ranked YouTube users that has emerged in the last decade or so. But unfortunately it almost seems as though we won’t be able to see a Thinning 3 simply because while the second movie is done and ready to go, it hasn’t received the okay from YouTube for a very simple reason. They’re essentially blacklisting Paul.

Many people are outraged and this is likely because while he’s been outrageous and kind of crazy throughout his many posts he’s catered to the people that have a similar sense of humor and tend to like watching his shows. He has made some rather controversial posts in his time on YouTube, such as fake homicide and the one post that managed to get him denied when it came to releasing The Thinning 2. Featured in the famed suicide forest in Japan, Logan and his friends were filming as they walked through the forest and happened to come upon a body hanging from a tree. This forest is unfortunately notorious for such things and the legend that the place is infested with spirits of all sort that make the forest a haunted place. Unfortunately it seems that Logan decided to bring his infamous wit and outlandish sense of humor to a place that is both highly revered and thought of as rather sacrosanct to the locals. He also decided to keep filming and laughing during the filming of the man swinging by his neck from a tree.

The outrage this brought was easy to understand since it showed little to no human compassion and made many question his sense of morality. Many of his most diehard fans however will likely forgive him eventually and go back to watching his channel in order to show support. Others however have no doubt been poisoned against Paul considering that one person laughing at another human being’s suicide seems like something that would paint them as a rather despicable human being. Not only is this the case, but even after Paul pulled the video from his account, YouTube decided that this was not the kind of representation they needed and decided to put The Thinning 2 on hold. So unless they take his video apology to heart and decide that he’s suffered enough, the chances are good that the second movie will remain on hold for some time to come.

To be honest you can like Paul or you can despise him, or you can not care about him at all since quite honestly a YouTube star seems like a fun way of saying “almost there, but not quite”. Yes, he can claim a lot of accomplishment when it comes to being on screen, and yes, he can admit to being a millionaire. But honestly there are many millionaires in this country, and in this world, that would have been at least turned of the camera when they noted a body swinging from a tree. That one mistake has cost him less than it might cost another, but it’s still stalled out his movie and might insure that it never sees the light of day. Some might say that his apology looked genuine and was an example of Paul being truly humble but others would gladly claim that the only thing he’s sorry about is that he got caught. It’s too easy to apologize and appear regretful when one’s wallet and reputation is being put on blast, but to be truly remorseful one might wish to see Paul actually apologize to the family of the man that was hanging from the tree.

If he was looking promote mental health awareness there were better ways to go about it. As of now, The Thinning 3 might be more of a pipe dream.