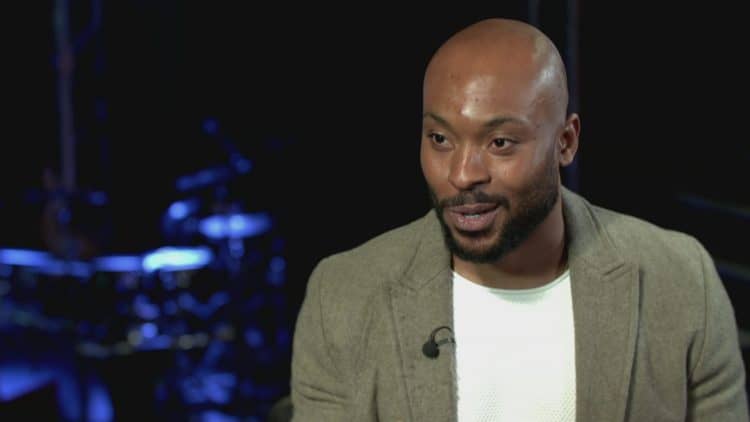 Over the past decade or so, Arinze Kene has become an increasingly popular British actor. Despite the increase in roles that he’s obtained, however, there is still quite a large number of people who may not know who he is. However, there are many who do, although they might not know the name. Having been in the British acting and theatre world for a significant amount of time, Kene has received a variety of roles. While many of these have been in theatre productions, there have been several of them in front of the camera. This has included a large amount of independent work, as well as a certain amount of mainstream success. Throughout this time, he’s maintained a consistent presence in all of his roles while also portraying diverse characters.

As a result of his efforts, Kene has continued to see an increasing amount of success. This has, in turn, let to a variety of other, larger roles. Throughout this time, he has also served as a playwright and author, having been heavily involved in the production of many plays that he’s starred in. Coupled with this, he has been nominated for and won a variety of awards during his decades-long career. Despite this success, as well as a growing reputation, most people know very little about this up-and-coming actor. This shouldn’t be the case, as the man himself can be as interesting as many of the characters he portrays. Here are 10 notable things that stand out about Kene’s life inside and outside the acting and writing worlds.

Throughout his career, Kene has aimed to experiment with form with many of his plays. This is epitomized with his play ‘Misty,’ which stands out from many other plays. Much of this is driven by the unique use of sound and imagery throughout the play. This is especially intriguing given that it’s a one-man play, although it’s something that he told The Guardian was a way to create two worlds within the play. The experimentative philosophy seen here has played a large role in his career to date.

Much of Arinze Kene’s career has been on the stage, in which he’s held a variety of roles while also working as a playwright. Throughout this time, he’s been involved in quite a large number of high-profile plays, including The Lion King and Daddy Cool, both of which he premiered in 2008 at the West End.

Kene has written a variety of plays and feature film scripts over his career, with many of these receiving a significant amount of praise. One of the more notable of these has been Seekers. According to Curtis Brown, this was Kene’s first feature script and placed him on the Brit List in 2015.

Alongside being named on the Brit List, Kene has received a variety of other awards and been nominated for considerably more. During this time, he was shortlisted for the Adopt a Playwright Award in 2010, as well as the 2009 Alfred Fagon Award, among many others.

Kene has been involved with the BBC for a significant amount of time, during which he’s been involved in a variety of shows. While he hasn’t always been in front of the camera, he has fulfilled a variety of roles behind the scenes. This includes the creation of Seekers, as well as a variety of other shows.

Before becoming an actor and playwright, Kene spent time gigging in a jazz band, where he served as a vocalist. It was during this time that he began nurturing his acting and writing abilities.

Kene has been associated with the Oval House Theatre in London for much of his career, and he has performed there on quite a significant number of occasions. Some of his plays also made their debut at the theatre, including Estate Walls and Suffocation, which opened there in 2010 and 2011, respectively.

Throughout the majority of his roles, Kene has shown a significant amount of versatility in his abilities. Nowhere was this highlighted better than his role in the 2016 film, The Pass. In the movie, where he stars alongside Russell Tovey, Kene played a gay footballer, eventually receiving a significant amount of positive attention for the role.

While the majority of people have nicknames, many people don’t expect somewhat well-known celebrities to have them. However, many of them do, and Kene is no exception to this. According to IMDb, he’s informally referred to as ‘Riz’ by a large number of people. However, it’s unclear as to where he got this nickname.

Perhaps the most notable role that Kene has held has been in Eastenders, where he played the role of Connor Stanley. According to IMDb, he played the role for over a year, during which time he appeared in 43 episodes, making him an almost weekly character. Starring in the show between March 2010 and March 2011, he was involved in a variety of storylines that went on to achieve a significant amount of success. As a result of this, the actor soon found himself seeing much more work outside of the soap. This subsequently led to a variety of other roles and positions over the following few years. One of the more notable roles that he held during this time was with Hollyoaks, appearing in several episodes as the character Rocco.

With decades of experience as an actor, playwright, and more, Arinze Kene shows no signs of slowing down. In contrast, he continues to perfect his craft in a variety of ways, many of which have helped him acquire more roles in the past few years. As a result of this, he looks poised to gain more leading roles while also sitting at the helm of several productions and plays going forward. This could mean that Kene is one of the top British talents to look out for. While this has been the case for several years already, it certainly looks to be true going forward.