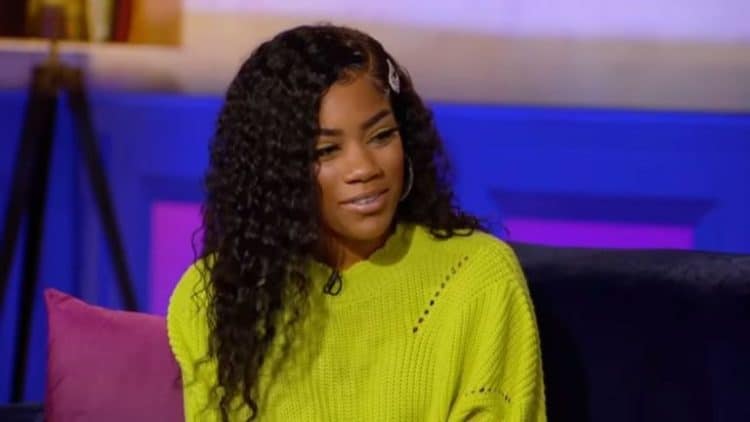 Ashley Jones was introduced to the reality TV world in 2018 when she was cast in the MTV series Teen Mom Young and Pregnant. She quickly became a fan favorite, and viewers loved following along with her story. After appearing on the first two seasons of Teen Mom Y&P, it was announced that Ashley would be moving over to the cast of Teen Mom 2.  Her addition to the cast comes after original cast member Chelsea Houska decided to leave the series. While there are mixed feelings about Ashley’s arrival, she’s excited to continue sharing her story with her fans. Continue reading for 10 things you didn’t know about Ashley Jones.

Ashley was born and raised in California, but don’t get it twisted, she isn’t a Los Angeles girl. She’s from a town in Northern California called Vallejo and she is very proud of where she’s from. Ashley still lives in the area and it doesn’t appear that she has any plans to relocate.

If you started following Ashley’s journey during Teen Mom Young and Pregnant, you know that she and her daughter’s father, Bariki (Bar) Smith, have had a very rocky relationship. Despite the ups and downs, they’ve encountered, they’ve always managed to find their way back to each other. Now it looks like the couple has decided to really make things work. They are officially engaged and are looking forward to tying the knot.

Ashley isn’t just focused on being a reality TV star, she’s also securing the bag in other ways. She has an entrepreneurial mindset and she is the proud owner of a skincare line called Sirens Arch. She also had a business on Etsy where she sells handmade beaded bracelets.

4. She Had Reasons For Wanting To Leave Young And Pregnant

When news broke that Ashley was leaving Teen Mom Young and Pregnant to join Teen Mom 2, many people were surprised. In a post on her Instagram story, Ashley explained her reason for leaving the show. She said, “I always said that I felt a special connection with Young & Pregnant because that’s where I started and where I wanted to finish. After the last reunion and a few other situations played out, I no longer feel that connection or need to hold on. So when the opportunity presented itself this time around, I took it.”

5. Teen Mom Is Her Only TV Experience

At the moment, Ashley does not have any on-screen experience outside of being on Teen Mom. As far as we can tell, she doesn’t have any interest in doing any other reality shows. Luckily for her, she probably won’t need to seeing as how Teen Mom is a very long-running franchise.

Just because Ashley is on a reality show doesn’t mean that she wants to share every little detail about her life with the world. Overall, she is actually a pretty private person. Her social media presence is somewhat surface level and she doesn’t share much about herself outside of what is filmed for the show.

7. She Isn’t Afraid To Put Her Haters In Check

Although there are a lot of people who really love Ashley, being on the show has definitely brought out a good amount of haters. Ashley has had to deal with lots of comments from people who don’t agree with the way she’s handled various things, but she has absolutely no problem standing up for herself and reminding people to stay in their place.

Watching her on MTV isn’t the only way to see Ashley on your screen or keep up with what’s going on in her life. Ashley started a YouTube channel where she posts vlogs, lifestyle videos, and other updates from her life. Her channel now has more than 1.8 million views.

9. She Hosts A Podcast

The most successful reality TV stars are those who know how to capitalize on their popularity outside of whatever show they’re on. This is something that Ashley has learned as well. She is the co-host of a podcast called I Need Wine. As the show’s description states, “On I Need Wine, we talk about everything from relationships, sex, friendships, parenting, trauma, careers, and so much more (like conspiracy theories because who doesn’t love those)! Two women, talking over wine and being raw and honest about things that women go through and how we manage to stay sane (or not) through it all!”

10. She Has A Large Social Media Following

One of the best things about becoming a reality TV star is the fact that it almost always translates to popularity on social media as well. Being on Teen Mom has really done wonders for Ashley’s online presence. On top of having a successful YouTube channel, she also has 483,000 followers on Instagram.