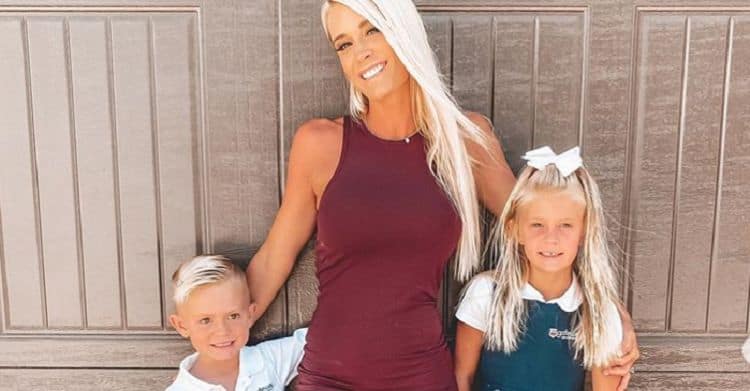 Many people are now very familiar with the name Brian Kolfage after the entire “We Build the Wall” crowdfunding disaster he was involved in with some of his friends, but he’s not the person we want to talk about today. Everyone knows what he did, and no one wants to give him any more attention than he’s already gotten. Right now, we want to get to know his wife a little more. She’s someone who seems interesting to us, and she seems like the kind of woman who is going to take this hard life lesson and turn it into something that works for her in some way, shape, or form. It might just be the best of the best in her life. Her name is Ashley Kolfage, and we want to get to know her better.

2. She’s Been Married Almost a Decade

She and her husband, Brian, were married in 2011. They were together for well over a decade before they got married, too. This means that the couple has been together almost 20 years if you count their initial meeting in 2001.

She was born and raised in Texas. Specifically, she’s from San Angelo. It’s not a big place, but it’s home to many famous places. If you must know where it is in Texas, it’s about 225 miles to the west of Austin. Austin is probably the most famous city that’s near San Angelo.

4. She Met Her Husband at Chili’s Before He Was Deployed

She was a hostess at a Chili’s restaurant, and he was there eating. It was 2001, and he’d yet to go overseas to Kuwait. They didn’t officially begin dating, though. He was not yet gone, and there were a lot of issues with that one, but they did reconnect when he came home with his injuries.

5. Her Husband is a Triple Amputee

When she married her husband nearly 10 years after meeting him, she did so out of a tremendous amount of love. He’s a triple amputee who went through the worst time of his life after he was injured in the most tragic situation. It was September 11, 2004 when he became the “Most severely wounded airman to survive any war,” after a rocket landed only three feet from him. He lost both legs, his right arm, and his lung collapsed in the rocket attack.

6. She Was a Teacher

One thing that she was doing when she found out that the man she met at Chili’s, her friend Brian, was injured so badly during war. She called friends to find out how he was doing, and then she reached out to him while he was in Washington at Walter Reed. She was, at the time, teaching school in Hawaii.

7. She’s Always Wanted to Be a Model

Throughout the course of her entire life, she’s always wanted to be a model. She’s always done what she could to try and make it work, and she’s always finding ways to be a model in some capacity. She tried to make it to the cover of Maxim, at one point, and she did it in 2018.

She doesn’t judge people from the outside. She keeps things real, and she always looks inside. She learned this through her husband. She will never judge a book by its cover, though she said that it was awkward and it made her nervous the first time that they were intimate. She wasn’t sure how that would work out, but she said everything was wonderful and she was able to learn so much about herself and about others from that experience.

9. It Was Love at First Sight for Her Husband

When she met her husband for the first time, she thought he was cute. He thought he would marry her. He knew that night that they would be together for the rest of their lives, and he knew he would make her his wife at some point.

She and her husband have two young kids. They have a son and a daughter. Their daughter is older, and their son is the baby of the family, and they love to take and share family photos of one another.