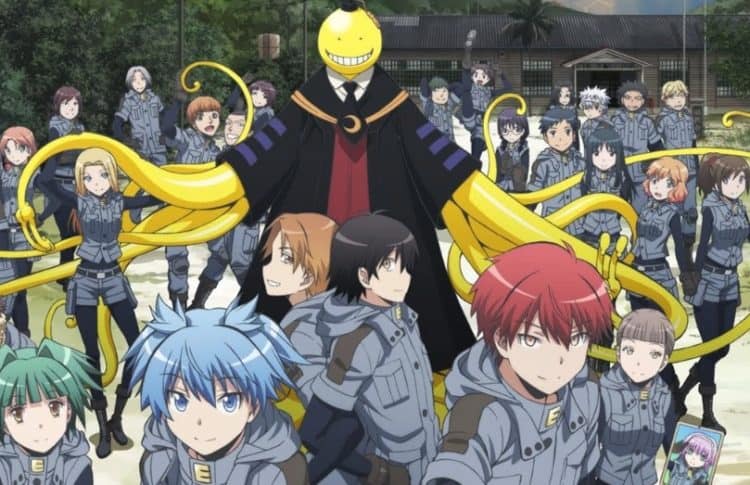 Have you heard of the Japanese manga called Assassination Classroom? If you’re into this type of thing, you might be interested in this particular title because it definitely has a unique story attached to it. If you’re not yet familiar with it, go ahead and give it a try. You can also learn more about it by reading through the list below, which discusses ten things about the title.

1. It uses plenty of creative license

The story is supposed to combine the genres of science fiction and comedy. It certainly accomplishes that with relative ease, as it centers around people that aren’t really people. In fact, they are actually giant octopuses, or at least aliens that look like them. That being said, they usually walk around like regular people, and in this particular case, the creature in question is posing as a high school teacher.

2. That’s part of what makes it so popular

Obviously, it took a certain level of creativity to think all of this up, but that is precisely why people like it so much. It’s the very fact that it’s different that makes people want to watch it. Perhaps they are looking for an escape from reality, and this provides them with whatever they need to get away from things for a while.

3. You might say people are out to get the main character

4. Many teens might consider it the perfect metaphor for their lives

Think about it this way. Teenagers usually consider virtually anyone who is in a position of authority as the enemy, often thinking of them as monsters that just don’t understand them. That’s precisely what the teacher is in this story, and that may be one of the reasons that so many people can identify with the story.

5. Everything depends on a group of outcasts

Another thing that fans love is the fact that all of the students who are fighting against the teacher are considered misfits, even to the point that they aren’t even taught in the same building as the other students. It’s always nice to see stories about the underdog rising to the occasion and overcoming challenges, whatever they might be.

6. It’s been adapted in an anime series

As you can probably already imagine, it didn’t take very long for this story to be adapted into an anime series. Once the light novels were adapted into manga, everything started to happen very quickly.

This story has proven to be so popular that it’s even been adapted into its own film. For the most part, the film holds true to the original story and serves as an extension of that story. It’s also something that has been well received by fans, who are anxiously awaiting even more.

8. It’s even been developed into a video game

For those who love manga and love to play video games, this is like a dream come true. Fans of this particular story have the chance to get in on the action as they play first one character and then another, immersing themselves in the story from a first-hand perspective.

9. It has its own sequel

This story has enjoyed such a positive reception from fans that a sequel has even been incorporated into the storyline. This doesn’t happen unless there is a real demand on the part of the fans and in this case, that is an understatement.

This particular story has been in existence since 2015. That really isn’t all that long. As a matter of fact, it’s just long enough for the story to get going and for a number of adaptations to be developed. So far, the story continues to evolve so it’s interesting to see where things will go as more time passes. Fans have been loving it and they are always anxiously awaiting the next release, regardless of the format that it is in.