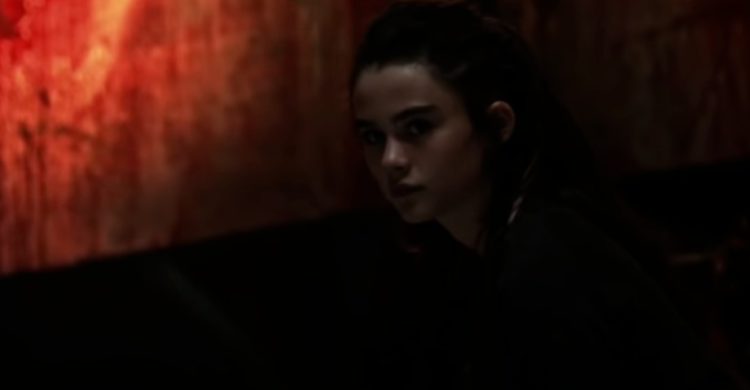 Some movies are interesting others will leave you wondering what you were watching because you do not understand a thing. The 100 is a series that has been tough to follow for those who are not into sci-fi movies, but once you get the hang of it, it can be quite addictive. Anyone who is into a little action and the sight of blood keeps you hooked to a movie will love The 100 for its many fight scenes. Season five is arguably the greatest season so far and here are the best fight scenes you should be keen to watch once you get your hands on it.

Season five episode four starts with the fight ring with Gaia declaring that they have to fulfill the code of strength, unity, and honor by doing away with the traitors. Octavia is sitting on her throne all high and mighty waiting to have Marcus’ guts spilled. Since it is a death ring, Gaia announces they should also honor it with a moment of silence, and shouts “Be the last” to the fighters. Immediately Marcus springs to action fighting for his life while Abby is struggling with guilt, saying that it should be her life at stake and not Marcus. Unfortunately, no one is listening, and Marcus almost loses his life to his opponent, but he rises again as if the sight of blood suddenly gives him a rush of strength, he rushes at his opponent. With what looks like a long ax, crushes his opponent to the dismay of Octavia who swallows her disappointment. The crowd goes quiet then begins to boo, and when Gaia asks Octavia if Marcus has earned his freedom by being the last man standing, she says he has not. She adds that Marcus will fight the next day again, much to the happiness of the audience and to the sadness of Marcus, who now knows Octavia will only be pleased once he is dead.

Also in the “Pandora’s Box” episode in season five, Marcus has had the chance to talk with Abby and convinced her not to confess; otherwise, his suffering will be for nothing. So Marcus gets back in the ring as the bloodthirsty Octavia promised, but this time, Marcus is not as willing to fight as before, so he stands there after Gaia is done with the opening ritual. Unfortunately, his opponent is not backing down and tells Marcus that only one of them will get out of the ring alive. He, therefore, cuts Marcus’s thigh, who still insists that he will not kill the man as the crowd cheers on for the fight to continue. Octavia will not have him refusing to fight, so she goes to the death ring herself and urges him to use his survival instinct, but Marcus refuses to stand. Just as Octavia is getting ready to kill Marcus, the bunker opens, and Bellamy goes in from the roof.

In season five the second episode, Octavia is about to establish herself as the authority figure for the Wonkru. While there is a group determined to open the door and get rid of the honorless people, Octavia tells them that both those inside the bunker and outside the door are innocent and do not deserve to be punished. However, the group of men will not hear it, so she decides to make a stand by saying, “You are Wonkru, or you are the enemy of Wonkru. Choose.” Octavia keeps repeating the phrase and those who prefer to be the enemy of Wonkru go at her, and she tears them apart using her sword. Several men are determined to be against Wonkru, and once she has killed them, the rest of the men fall in line and are ready to serve her; as revealed by how they bow at her feet to surrender. Octavia smeared with the blood of her enemies, says it is now safe to open the door, and she wants them alive. She, therefore, prevents Marcus and Abby from being killed, saying their end will not be that easy. It is only later we realize she has planned for them to suffer in the death ring. Gaia then acknowledges that Octavia, covered in the blood of her enemies, is the one to lead them back to the ground, with the blood acting as her armor.

Win the Fight, Save Your Life

After ensuring that those who were behind the door have been captured, Octavia has another plan for them. She may have prevented her enemies from going against those who were behind the door, but it is not because she feels mercy. Instead, Octavia wants to watch them spill blood in the death ring. She, therefore, gathers them all in the death ring as she stands at the top telling them that since they had committed crimes against Wonkru, their punishment is death. Octavia likened the bunker to Rome when the gladiators had the chance to fight for the freedom, and she throws in the sword to the enemies of Wonkru with only one rule ‘Win the fight, save your life.” Immediately it becomes a blood bath as everyone wants to save their life, and it goes on until we are showed six years later that the trend fighting for their lives continues.

Madi in the Arena

Clarke has “adopted” a little girl, Madi who shows her fighting skills in the death ring when she goes against a boy of her age. Despite not being given real swords, the rule of “be the last” still stands as Gaia reminds them and at first the boy seems to be winning, but Maddie regains her power and has the boy at her mercy. Octavia, always looking for the best to join her team, is pleased with what she sees and asks Gaia to dress Madi in armor and give her a real sword. Clarke stands at the corner, and it is hard to read her mind; wondering whether she is pleased with Maddie being taken in by Octavia or she is worried that Octavia will corrupt her into becoming a merciless killer.