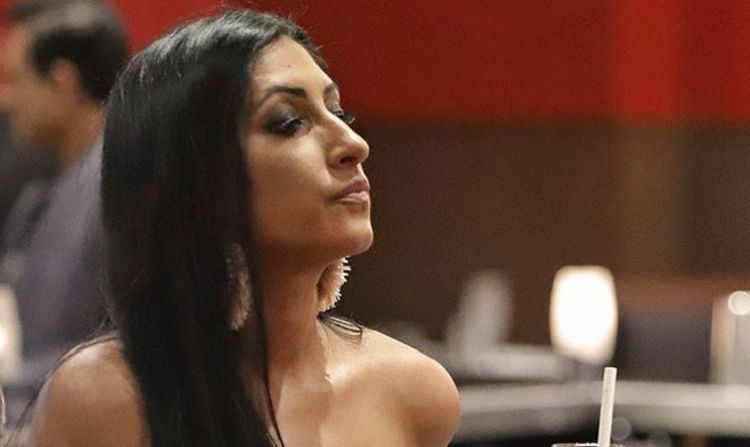 Bali Chainani is a reality television personality who has recently made her appearance on the scene. She appears on the show “Family Karma” recently released in 2020. She is a face that many viewers are not yet familiar with, but we believe that she is going to become quite popular in the months to come. She has an interesting backstory and her experiences are easy for many to relate to. Although the series is brand new, we think it has a good chance of becoming popular and Bali, along with it. To help you get to know here a little better as the new series progresses, here are 10 things you didn’t know about Bali Chainani.

1. She is venturing into a brave new life

Bali lives in Miami, Florida. When she agreed to appear in the new reality television show “Family Karma,” she gave her consent to bring viewers into her life. The show follows Bali, and six of her young friends in their lives in the city. All of the main cast members are Indian-American and most of them have made some life decisions that break from their traditional cultural upbringing. This is likely to create a great deal of drama for the show, and it may also be inspirational for others who can relate to the difficulty of making these decisions and then dealing with judgment from their families.

2. Bali is an executive

Aside from her part in the reality television show, Bali Chainani is a professional in the marketing industry. She has served as a marketing executive for the Equiflor Corporation since April of 2013. She’s been in a high leadership position for 7 years. It will be interesting to see if her natural leadership tendencies influence the direction that the storylines take in her new television series.

3. She worked for a farm

Before Bali was hired to work on the executive team at Equiflor, she worked for a business that is called Empire Farms. She began work for them in January of 2009. She spent nearly 4 years as a sales executive for the company before leaving in October of 2012. She left this job to work at Equiflor, which appears to be a step forward in her business career.

4. She started out as a beauty stylist

Bali Chainani was hired by Elle Magazine in June of 2000. She worked on the staff as a beauty stylist. She spent more than five years with the high-profile publication before moving on to another position in August of 2005.

Bali Chainini is fluent in two languages. In addition to fluency in English, she also speaks the Hindi language. This is a part of her Indian-American culture and she embraces both while she navigates her way through a changing world that is often difficult for her.

Bali was just 22 years old when she met a prominent businessman from Bombay, India. She married him and the union lasted for ten years. They have one child together, a daughter named Anushka. She left her husband and divorced him. Bali moved back home with her mother and father in Miami, Florida. Upon her return, she discovered that her family and community offered a great deal of support for her and Anushka.

7. Bali had a second bad marriage

After getting settled into their new lives in Florida, Bali met another man and then re-married. It didn’t take long before she discovered that the man she had trusted enough to marry was not the person he had pretended to be. He turned out to be a dishonest and deceitful person, so she did the only reasonable thing she could and quickly ended the marriage. She has had a difficult time in her romantic relationships.

8. She is the eldest of the “Family Karma” cast

Bali Chainani is the oldest member of the cast of “Family Karma.” While most of her friends on the show are in the twenties and thirties range, she is friends with them as well as with their mothers. Following Indian culture, the elder women are referred to as “aunties.” You can expect to watch Bali attempt to walk the fine line of being a friend and living her best possible life to be a good example for her daughter. There will be drama but at first glance, it appears that there will also be a great deal of cultural education involved for viewers.

9. She is in a new relationship

Bali believes that she may have found love once again. She is committed to a serious relationship with a businessman from Kentucky named O’Malley. He is of Irish and German descent. She is hopeful that he will be the one that will bring lasting love into her life and viewers will get to see how this new phase of her life progresses.

10. Bali Chainani is an inspiration

If you’re not yet familiar with Bali and you haven’t yet seen the first aired episode of “Family Karma,” we highly recommend giving it a try. Chainani has a backstory that is easy for many single moms to relate to. She is fortunate to have the support of her mom and dad and the friends in her life, but life is still at times, a struggle for her. She is a lovely lady who is determined to live her life well and to do the very best she can with the help of her friends and family. She’s not an actress who is playing a role. Rather, she is participating in a reality television show that will give viewers a look into her life, her struggles, her hopes, her victories, and into the culture of a population of Americans that help to make this country the wonderfully diverse nation that it has become. There is great potential for the new show to become a favorite.