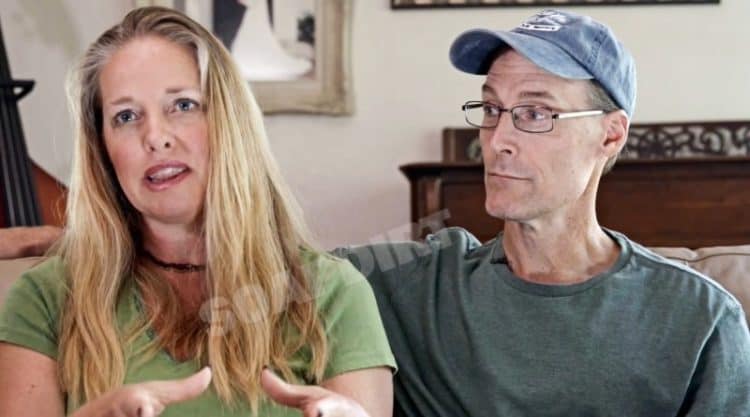 Barry Plath is the patriarch of the Plath family and he has recently become a reality television star on the new series “Welcome to Plathville.’ He’s a very private individual but his life is being made public on the television show that details the unique lifestyle that he and his wife have adopted to raise their family. Here are 10 things that you probably didn’t know about Barry Plath that might help you become better acquainted with the recent television personality.

1. He is the father of nine children

Barry and his wife Kim Plath have been married since 1997. He and Kim have nine children together. Three of them are adults and the rest are minor children who keep the couple on their toes, but it’s a lot of fun to go along with the hard work involved. The kids are Ethan age 21, Hosannah, 20, Micah 18, Moriah, 17, Lydia 15, Isaac 13, Amer 10, Cassia 8, and Mercy 6.

2. He suffered a tragic loss in his family

While Barry was away at work, his wife Kim was busy at the family farm transplanting fruit trees. She was using their family suburban. She didn’t see their young son Joshua who got in the way of the vehicle. Kim ran over 17-month old Joshua accidentally. An ambulance was called and Barry was right behind the emergency vehicle on the more than 10 mile trip to the family farm. When he and the emergency crew arrived, his son had passed away. this was a terribly hard thing for Barry and Kim to bear.

3. Barry Plath is kind, loving and not judgmental of his wife

After the loss of his son, instead of blaming his wife for the accident he showed kindness towards her. If he felt any negativity towards her at this time he kept it to himself and there was no point that he showed any animosity towards her, even though she had been the one behind the wheel. Kim blamed herself and he did everything that he could to reassure her that it was an accident. He even read scriptures that brought her comfort though he was in terrible anguish over their loss. He showed nothing but love, care, and kindness through the ordeal. A more supportive person cannot be found, and this is to his credit.

Barry, like his wife Kim, believes in God very strongly. He seeks God’s direction in making both large and small decisions. He reads his scripture and follows the principles of his faith as closely as humanly possible. He also joins his wife in teaching these same values to their children.

5. His children have never consumed sugared beverages or sodas

The Plath children have been raised on wholesome foods. Since they do not go to public school they are not exposed to many of the things that are common for other children their age. They have never had a bottle of soda nor have they eaten ice cream or other sugary desserts. These are things that Barry and his wife Kim do not provide in their home. They believe that sugar is unhealthy for the human body.

6. Barry works outside of the home

Although the family lives on a 55-acre farm, Barry Plath has a day job. He is a transportation planner and he works for a private firm. He has been with the same company for over 25 years of his life. Since the farm is ten miles away from the nearest town, he has a commute to work and back every day but the family enjoys living away from the hustle and bustle of the city and he doesn’t usually mind the drive.

7. His children are homeschooled

Barry and Kim made the decision to home school their children. Although Barry works at a regular job every day Kim is home to see to the educational needs of the children. Kim is a naturopathic doctor and she sees clients out of the home so although she also works, she is right there to see that the children complete their assignments. It’s a nontraditional way of doing things but it’s been working for the Plaths for all these years.

8. Barry uses technology but the kids are not allowed to

The Plath children do not know what it is to have a social media account because they are not allowed to use electronics. Some believe that this is showing a double standard, because Barry and Kim have set up a webpage for their family website, yet the minor children are not allowed to take part in this activity. Some support this method of upbringing while others believe they are holding the kids back by not allowing them to learn about technology.

9. Barry is the leader of a folk band

The Plath Family Band is led by Barry and his wife Kim. They have their very own family band and they do travel to perform. Although the trailer doesn’t show the band in action they are actually a very talented group of musicians. Together they perform folk and gospel music.

10. He was told by God to marry his wife

Barry is the kind of man who asks God to guide him in all aspects of his life. Before he and Kim talked about having a romantic relationship, he said that God told him he would marry Kim. The same thing had happened to Kim on the same day, but the two were not together at the time. They both felt that this was much more than a coincidence and they took this as a sign that they were destined to be together as man and wife. This event took place in the spring of 1997. The couple was wed in July of that same year. He believed that since this was God’s plan there was no reason to put it off.