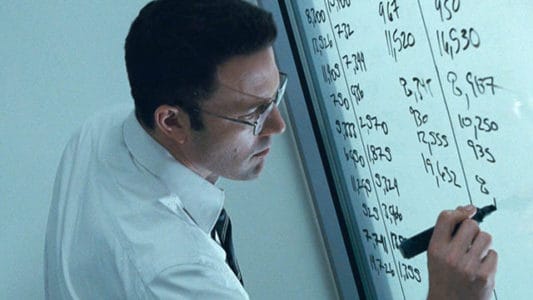 In some way it almost sounds as though a sequel to The Accountant might be better as a TV series to be frank, and largely because the movie itself was a financial success, but with critics and fans alike it fell pretty flat and if you’ve heard it talked about at this point it’s likely due to the fact that this idea is in the works at the moment. Whether it could ever become a full length movie is unknown but Ben Affleck isn’t against it according to Natalie Hunter of Screenrant. It’s still kind of hard to see Affleck as an action star even though he’s come so far as the Batman and has shown that he has the chops to pull it off. Perhaps it’s the idea that he still appears like too much of a carefree guy to really get down and dirty that often and comes off as kind of stiff when he’s in the middle of a fight scene. Obviously a fight isn’t the place for a lot of talking or joking, especially for those that get tired of the back and forth banter, but there’s something about his acting while in the midst of a physical altercation that just comes off as kind of stale and not all there. Maybe a TV series would alleviate this in a way since the pacing in a series is obviously much different than it is in a movie and is a lot more forgiving at times given the lessening of time constraints when it comes to telling a story.

The story of Christian Wolff also needs a little more to it since we did get connections in the movie, we did get a lot of story that was tied between the characters and therefore had meaning in a very easy to see manner, but it still felt somehow disconnected in a greater way that could have been taken care of with a little more time on the clock and a little more carefully placed exposition that might have been able to spice up the project just a little. It really depends on what decision is made by those in charge since at this time it sounds as though the screenwriter for the original movie is currently busy and this could be why things aren’t progressing as others might want to see. But whether the writer does come back or not the idea of making this sequel into a series might be better off as it would allow the story of Christian to really take precedence in a bigger way rather than having to cut back and forth throughout another movie to give a broader scope as to how his life became what it was.

Not surprisingly a big issue with the movie for a lot of people came from Affleck playing the part of an autistic individual who somehow turned his condition into a type of superpower, as Noah Berlatsky of The Guardian puts it, and thereby becomes a kickass assassin that is supposedly awkward around people and escapes into mathematical equations for comfort on the regular. Taken as it is without going any deeper into the plot or the character The Accountant is a decent action flick that has very simple combat scenes that don’t go all out like Batman or any other over the top movie, but it still did manage to upset a few people that have dealt with autism in their family or in their life at some point. Autism is unfortunately one of the hot topics that’s been around for a long time but has still been seeing an increased response in the last decade when it comes to talking about or portraying it in fiction, and while this movie didn’t spark a huge debate it was still noticed enough to elicit a few comments. High functioning autism is, as people who know would tell you, something that can come with awkwardness during social interaction, a lack of understanding of social cues, and a breakdown in communication as well. So in essence Affleck didn’t really play the role so horribly wrong, but he did manage to alienate a few people simply because a statue might have had more emotional range than he did in the movie.

Creating a series out of this movie also raises the question of whether Affleck would return for the role or if the role of Christian would be given to someone else, possibly someone younger that might be seen as more suited for the part. There are too many questions at this moment to really nail down any definitive answers about this project, and it’s possible that it might still be made into a movie. But until we know more that old rumor mill is going to have to keep spinning for a while.