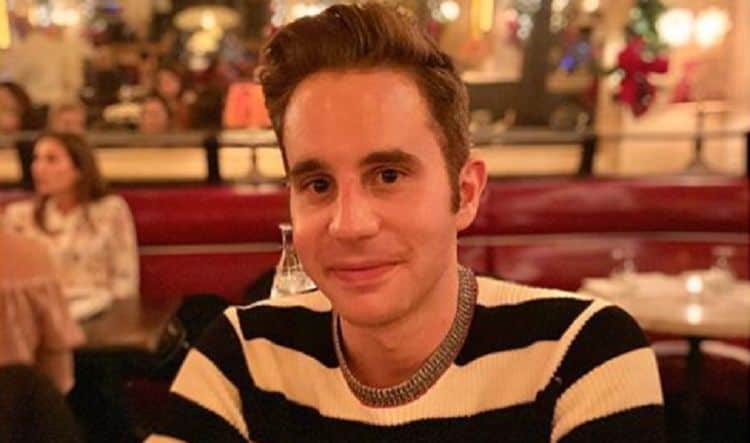 At the age of 25, Ben Platt has achieved the kind of success most actors can only dream of. A starring light on Broadway, a leading man on film, and a popular recording artist, there seems little Platt isn’t capable of… including playing the same character for 20 years. While fans may have been disappointed to learn they won’t get the chance to see the actor in Stephen Sondheim’s musical Merrily We Roll Along for over 2 decades, they can at least console themselves with his upcoming Netflix comedy series, The Politician. Learn more about the rising talent with these 10 fast facts.

1. Fame runs in his blood

Platt is one of five children born to Julie Beren and Marc Platt. Given his father’s long association with the entertainment industry, it was perhaps inevitable he’d follow a similar career path. Platt Sr. is a film, television, and theater producer whose many credits include the two-part docudrama The Path to 9/11, Legally Blonde, Honey, Nine, The Girl on The Train, and La La Land. Along with his wife, Julie, Platt is the founder of the Platt Student Performing Arts House at Penn State University and has employed at least one Penn State intern every year since the project launched.

Platt began acting at a young age, appearing alongside Kristin Chenoweth in the Hollywood Bowl production of The Music Man at just 9 years old. 2 years later, the budding star featured in the national tour of Caroline, or Change, and at 17, landed the part of Jean Valjean in the Kidz Theater’s production of Les MisÃ©rables.

Intent on pursuing an education before committing fully to his career, Platt studied at the Adderley School for Performing Arts in Pacific Palisades before enrolling at Columbia University in 2011. As it turned out, holding down a full-time education with his extra-curricular activities was too much of a strain, and Platt dropped out of Columbia after just 6 weeks to concentrate on his starring role in Broadway’s The Book Of Mormon.

4. He’s starred in one of the most successful musicals of all time

Platt may have lost out on a degree after abandoning Columbia for Broadway, but few would argue it wasn’t the right choice. The Book of Mormon, in which Platt starred as Elder Cunningham, has to date grossed over $500 million, which, as PlayBill notes, makes it one of the most successful musicals of all time. Platt’s performance earned him rave reviews, with Kelly Reid calling him a “true revelation…[Platt] really leans into this part, throwing himself out there with the abandonment of youth”.

Since 2013, Platt has been picking up award wins and nominations left, right and center. For Pitch Perfect, the actor received nominations at the Teen Choice Awards and Drama League Awards; Dear Evan Hansen won him awards at the Obies, the Tonys, the Drama League Awards, the Lucille Lortel Awards, the Broadway.com Audience Awards, and the Grammy Awards, while his performance of “You Will Be Found” on The Today Show earned him a Daytime Emmy Award for Outstanding Musical Performance in a Daytime Program.

6. His work has been called “historic”

There’s praise and then there’s “praise”- while most actors have to contend themselves with the first kind, Platt’s career has seen him receive more than his fair share of the second. In 2015, Platt took on the role of the titular character in the musical Dear Evan Hansen; although the production was originally set to run its course at the Arena Stage in Washington DC, the overwhelmingly positive reception it received resulted in it being moved to Off-Broadway. Central to the show’s success was Platt himself, whose performance Critics hailed as “historic” and, according to Timeout, “one of the greatest leading male performances ever seen in a musical”.

Fans of Platt will be pleased to know they don’t have to wait for his next musical to enjoy his singing talents. In March 2019, Platt released his first solo album, Sing to Me Instead. As well as spawning the singles “Bad Habit” and “Ease My Mind”, it also gave Platt the opportunity to take his talents to the masses with his first North American tour in May 2019.

Platt came out to his family at the age of 12; in 2019, the actor made his sexuality public knowledge with the music video that accompanied “Ease my Mind”, a track taken from his debut solo album, Sing to Me Instead. Starring Charlie Carver as Platt’s love interest, the video gave Platt the “first opportunity to represent my relationships and the men I’ve loved”. “When we were conceptualizing this sort of loose narrative that we wanted to connect through the videos, there was not really any moment where we had to decide it should be about me and a man. It was just, ‘We are going to represent what this was inspired by,’ which was this man that I was in love with,” Platt explained to People. “So it was really a no-brainer.”

If you were looking forward to seeing Platt in the Stephen Sondheim musical Merrily We Roll Along, you’re in for a long wait. As per the musical itself (which spans a 20 year period from 1957-76), American filmmaker Richard Linklater’s adaptation will cover the same stretch… in real-time. Platt will play the lead role of Franklin Shepard, a Broadway musical composer who abandons his friends to pursue his dreams of becoming a Hollywood movie producer. By the time shooting finishes, Platt will be 45. Linklater, meanwhile, will be pushing 80.

Like his famous father, Platt can now add the title “producer” to his list of talents. In the upcoming Netflix comedy, The Politician, Platt will be both star and producer, making it one of his first ventures behind the camera. Other talents set to appear on the series are Gwyneth Paltrow, Jessica Lange, January Jones, and Bette Midler.