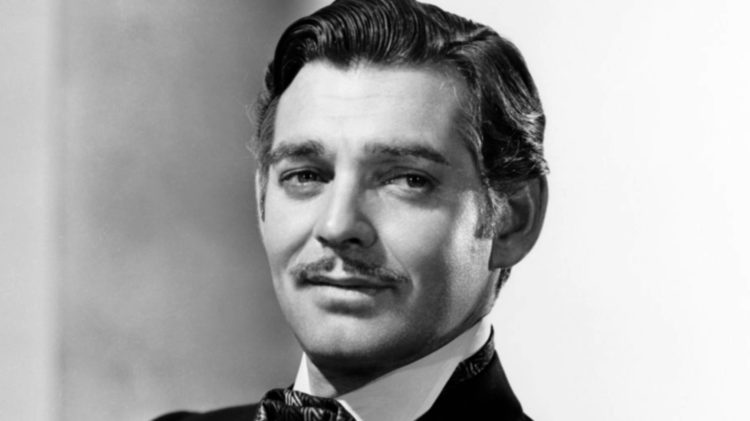 It’s hard to see Clark Gable having done anything but be an excellent and very sought after actor, isn’t it? Well to be perfectly honest he was interested in acting from a young age, but he didn’t find success right away as he had to work his way into it and even had to work several different jobs before he was convinced to finally go back. It wasn’t the swiftest rise in the business but he did manage to make his way into the good graces of show business and eventually became a name that many people came to revere. Even in this day and age, long after his passing, Gable is still someone that a lot of people look to as one of the greatest actors of his time, though few if any ever seem to point out the rocky start he had, likely because they want to focus on the best parts of his career that so many are willing to talk about.

There are a lot of people out there that would be able to remember this story after having read it in school, but Gable and those with him manage to convey a tale of life in the wilderness spent searching after fortunes and having to brave the elements, wild animals, and other human beings in order to get it. The life that was sought after during these hard times was something that might have seemed a bit savage to many people, but many fortunes were often won during these rough times, and lost. Rotten Tomatoes didn’t think much of this movie apparently, but in truth it was actually very enjoyable.

4. Mutiny on the Bounty

Even in this day and age you can imagine what mutiny aboard a ship would mean for those involved, especially if they weren’t successful. Christian and his men however are able to part ways with the cruel Captain Bligh and find a life in Tahiti that is far more satisfying than that they shared under the capricious captain. When it comes time for the men to part ways however some make their way back to the sea while Christian and those he has come to see as his people make their way onward towards another island where they might seek shelter and safety. His friend Byam is almost disgraced when he encounters Captain Bligh again, but upon telling his story and finding backers to support his words he is allowed to return to his naval career.

Carlos Valladares from The Stanford Daily reminds us that this was Marilyn Monroe’s last performance, but it also stands as one of Gable’s best movies for a few reasons. One among them could possibly be that it’s a very touching love story that might be deemed as something that’s kind of cheesy in this day and age, but was great back then. Love stories and drama tend to go hand in hand more often than not since a lot of times love begets drama and vice versa. Gable was definitely capable of being a perfect gentleman but he was also capable of being a man’s man as well, meaning that he had his toxic moments on screen, as some might call them.

2. It Happened One Night

It’s funny what can happen when two people meet and have little in common and no reason to really care about each other. But when Peter and Ellie begin to get close it seems as though they might have more in common than they originally thought. When Peter realizes his feelings for Ellie he tries to go off and get the money he’ll need to help them out as they begin their lives together, but she figures he bailed on her. It’s only when he reappears and confesses his love to her father that things finally start to click and her father announces that he does love her, thereby insuring that she’ll ditch the guy she was going to marry at the altar and seek Peter out.

1. Gone With the Wind

According to Therese Oneill of Mental Floss there are a lot of things that people simply don’t know about this movie. For instance there’s a rumor that Groucho Marx was originally considered for the part of Rhett, something that might be true or not. Then there’s the idea that the part of Scarlett wasn’t even cast until filming was underway. There are plenty of other facts about this movie that many people might find amazing since it’s gone down in history as one of the best movies ever made. It’d be worth the time to go and check out what you might not have known about this flick.

In his time Clark Gable was without a doubt one of the greatest actors around.