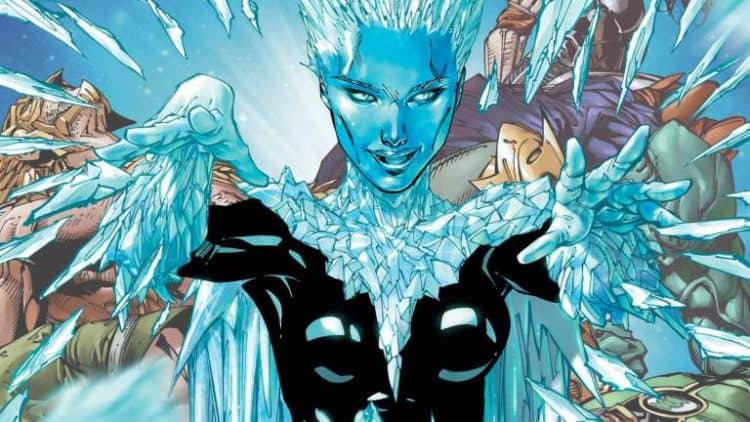 DC female villains are not only powerful women in the DC world but also in comics. Female superheroes are as equally significant as male villains. They are strong with compelling and interesting backstories. They tend to be ruthless and hold back at nothing during the war, making them more powerful. Female villains are comparable to male versions and sometimes seem to be much better. They can turn evil characters to look good. Here are the ten best DC female villains ranked.

Over the years, Cheetah has had various versions. The most interesting and famous one is the linguistic and skilled archeologist, Dr. Barbara Ann Minerva. She is so interested in the Amazon culture that it was lost a while back. She has gone through several reinventions for some years. But in this continuity, she has made Wonder Woman familiarize herself with English. Dr. Barbara meets the princess of Amazon, who is visiting the United States. Dr. Barbara and god Urzkartaga made a pact that turned her into a Cheetah. That made Barbara have superhuman speed, strength and have feline attributes that were deadly. The most tragic and exciting part is hating Wonder Woman. She hates Wonder Woman for not saving her from the god’s cruel favors.

Giganta is Flash, Batman, and Wonderwoman’s nemesis. She can increase her height and body mass, thus winning against any opponent regardless of their superpowers. When back to normal, Giganta is trained how to fight with her hands. In the process, she wears a bulletproof that grows with her. Even Wonder Woman cannot withstand her unless it is about fighting with hands.

Knockout was once a member of the Female Furies. She is known for flirting and giving Superboy a beatdown. It happened when he moved to Hawaii. She served at BoomBoom Room, where she disguised herself as a stripper with superhuman strength. Knockout got a proposal of joining Suicide Squad of Amanda Waller. She was supposed to fight an international ring. At the time, she was working with King Shark, Sidearm, Deadshot, and Captain Boomerang. Knockout is not only a trained warrior but also a combat master. Her superhuman energy and strength can make her beat any opponent that crosses her path.

Faora has Kryptonian powers but not like Superman. They include superhuman strength, endurance, and speed. Her vision is microscopic, x-ray, and telescopic. Faora can fly, and her breath has the power to freeze. What makes Faora stand out is the Kryptonian martial art skills. She is among the deadliest Kryptonians in existence. Superman receives a real fight every time he crosses paths with Faora.

Jinx leads the Fearsome Fives. She is a powerful witch that gets power from the ground. To fully use the potential, she has always to be barefooted. At full strength, Jinx can draw out strong wind blasts, release emerald flames and illusions. In addition, she can create earthquakes and destroy solid objects. Jinx and Teen Titans have fought on various occasions and have proved to be stronger than them.

Livewire was Leslie Willis, a DJ, and radio host, before becoming villainy. She enjoyed throwing Superman on the airwaves to please Lex Luthor. She turned to Livewire when she was performing on stage. There was a thunderstorm and got electrified after touching a wire, hence turning to a metahuman. Livewire has powers like electricity control and turns her body to conduct electricity. She can create lightning blasts and move through anything with electric current. Her capabilities are not only extraordinary but wielded with attitude.

Poison Ivy is a villainess obsessed with plants. She has a strong affinity for earth and nature. In addition, Ivy is Batmans’ Archnemesis, fighting him many times. She has the power to control plants and make them obey her demands. Ivy is also a biologist and botanist. Therefore, she has created deadly mutant plants whose roots can choke her victims to death. In addition, she has exceptional combat skills that she has used against Batman.

Enchantress is a powerful sorceress with the ability of energy manipulation. She utilizes it in various ways; walking through solid objects, teleport, and heal. On previous occasions, Enchantress has taken down Superman, Cyborg, and Wonder Woman all at once. Her powers are now erratic after leaving June Moone. However, she is still third on the list for her extraordinary raw power and exploits.

Blackfire is a recurring antagonist and the older sister to Starfire. Her powers include absorbing ultraviolet radiation and making deadly bolts out of it. She can turn energy into radiation for superhuman endurance, power, and strength.

Killer Frost features three different women; Caitlin Snow, Louise Lincoln, and Crystal Frost. Caitlin Snow was on a mission to investigate a suicide in a mantle. The HIVE set the trap to try and kill her. Crystal Frost can take heat from humans and make it cold and ice. After getting her powers back, she killed spree and eventually died. Her death resulted from too much power handed over by the Firestorm. Louise Lincoln was a colleague and friend to Crystal Frost. She is ruthless and blamed for the death of Crystal. Louise sold her soul to gain more power.