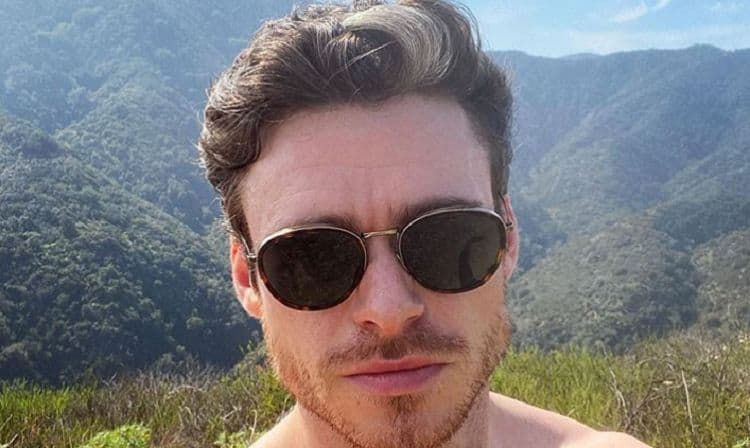 It’s kind of obvious that Richard Madden is going to find it hard to shake the character of Robb Stark for a while since despite his exit from the show following the Red Wedding when he, his pregnant wife, mother, and followers were killed, he was still a big part of Game of Thrones up to that point. In fact he was still mentioned, and still is, in relation to the show well after the point. Of course it was a pretty gruesome death after all since his dire wolf’s severed head was placed upon his decapitated body and paraded around for the Frey’s to laugh at. But Richard has been busy since that time and has been showing that he has more acting chops than it would take to be the moral center of GoT as Terry Barbrook of Good Housekeeping labeled him. It’s a fair label really, but one could never say that his morality came with an abundance of wisdom.

Her are the five best movies of his career.

It’s funny how a chance encounter can make one’s life turn such a hard right and catapult them into a world that they barely understand and have to actively try to survive. When Mason lifts a purse that he has no idea contains a bomb he ends up killing several people after dropping it off. His life is turned upside down though when Briar enlists his aid for a mission of the utmost importance that almost ends up getting them both killed and sends them on a thrill ride that is finally capped off at the end when the bad guy is taken down and Mason is offered a job with the CIA. Funny how things happen.

It’s amazing that so few people remember anything about the WWI other than the fact that it came before WWII. There were moments during this war, as in all conflicts, that rest in the memory of those that lived through them however, and don’t ever fully die so long as people are reminded. While the movie might take a good deal of liberty with historical facts it was based around a true story that occurred way back in the day and was inspirational enough to bring forward into the present era. You know, something about history not being repeated if we’re allowed to learn from it and all that stuff?

He did play an important role in this movie but as was shown in the animated version the prince is basically the icing on top of the cake when all is said and done since this story is about Cinderella and what she had to endure to receive the life she wanted so badly. So many people have read this story and been enchanted by the fairy tale quality of it that they seem to forget that there are dark parts of the tale as well and rather depressing moments when you can’t help but wonder just how cruel people can be to each other. But then again, it does end on a happy note as far as anyone is concerned so it works out.

While there’s no trailer for this movie as it’s not set to come out until 2020 I couldn’t help but add it since the idea of being in an MCU movie has helped the career of many individuals that have found themselves under its banner for a short or prolonged period of time. If nothing else it’s another high mark for Richard since he’ll be playing one of the main characters, and hopefully the hype for the movie and common knowledge of the Eternals will continue to be shown throughout the remaining months until its release since quite honestly the group really isn’t that well known as of yet, despite how long they’ve been around.

The part of Jonathan Reid was made into one of the most negative individuals in the movie and that’s saying something since the story of Elton John as it’s been told in this picture is something else. While the musician has admitted that life was never much of a picnic it’s a wonder how many liberties were taken and how much was the stone cold truth since quite honestly Hollywood doesn’t have any issue in bending the truth just a bit to sell a few more tickets. That being said though, the movie was still one that opened a lot of eyes and made it clear that the path to stardom wasn’t always an easy or even healthy one for John. But looking at him now, you can’t help but think that the hardships and the pain, if not experienced, would have robbed the world of a musical genius.

Richard has been pretty good at what he does thus far, and he’s got plenty of time to become even better.