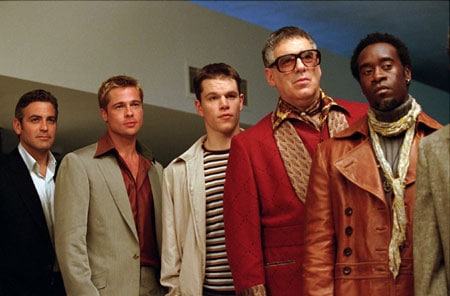 Some of the greatest pieces of music were produced before lyrics were ever a notable add on to their sounds. This is one very good reason why these pieces are kept around, because they work so much on emotion, feelings, and the underlying drives and passions that fuel human nature. This is why Clair de Lune, though written and composed in 1890, is still to this day one of the favored instrumental pieces for filmmakers to include in their creations. When you need emotion to come through without the necessity of lyrics, then a piece such as this is what is required. It allows the audience to think upon what is important, and not get lost in the art of talking when such a thing is not needed.

Here are a few instances in which Clair de Lune helped to bump the emotional heart strings of the audience.

If all you remember about this film is the violence and tragic scenes of the main character’s life then you missed out on a lot. Yes it really got jumping when Denzel went on a murderous rampage to get the guys that had presumably killed Pita, but before that, think back to the moments that sparked that murderous retribution. Pita was playing this song while Denzel was outside walking the dog, and despite the danger of the situation that was to come, one could almost feel a sense of peace within the character, as he’d found a purpose once again, a reason to be who he really was.

When you have a person convicted and sent away for supposed rape the damage is quite telling. Essentially their lives are over no matter if they get anyone to believe them or not. In the time period of this film the best that could be done was to ship them off to war it seems, which, in the midst of such horrors seems the best way to either rehabilitate or atone. The only issue is that the atonement was never Robbie’s to bear.

Clair de Lune was written in a much more romantic time it might be said, but it was also a song that managed to transcend its own time. In a film where time seems to mean nothing to the main characters, it fits right in perfectly with the story of Edward and Bella. The song conveys a timeless feel that never ends, and never wants to.

It works as a dirge too, to seemingly showcase the death of mankind by our own hand. The Purge is perhaps one of the most brutal and unfortunately most telling stories of humanity and what might come to pass one day. Let us hope that crime never becomes a way to keep the population in line, but if it does, expect to hear one piece or another such as this when the end finally comes your way.

This piece can also be used as a sigh of contentment at a job well done. One can almost feel the tension simply melt out of the crew in this film as they finally get to sit back and enjoy the spoils of their labor. They’ve done something extraordinary, and they’ve done it in a way that they will likely never forget. Now that has to be a good feeling.

Clair de Lune has been featured in many TV shows and films, these are just a few of the best. The classics won’t die so long as people enjoy them, so by all means, enjoy.