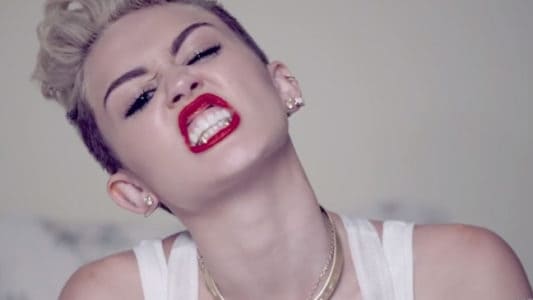 It’s been about six years now since Miley shocked the world with her performance at the VMA’s as Randee Dawn of Today wrote about, but it would appear that people have calmed down in their rhetoric since then. To be fair on both sides of this very widely debated issue she did act in a way that stunned a lot of people, but she is an adult and despite her lack of humility and taste she did come out to perform and show people something they hadn’t seen before. Her voice is still as great as it ever was, though the decisions she’s made in her career since growing up have been slightly questionable now and again and the things she’s said now and again about, anything really, have been kind of polarizing. But be that as it may, she’s still a great singer and still just as talented as she ever was when it comes to laying down a hit track. Some might argue that her material of yesterday was better than now since it was ‘tainted’ by what she’s done in the last five to six years, but honestly it’s easier just enjoy the music than to think of what the person doing it is perpetrating when we’re not looking.

Here are five of Miley’s best songs from movies and TV.

5. Bridge to Teribithia – I Learned From You

The innocence of childhood is something that a lot of people don’t want to lose, since the magic that comes with it is also something that helps a lot of kids to cope when they’re having a tough time with life in general. That’s why this movie was so special to so many people, but unfortunately it didn’t seem to do so well at the box office or with fans since it was essentially buried not long after it came out. For a fun and engaging time though it is a great movie to watch as a family since it does touch upon a lot of values that can be embraced and even emulated considering that it shows just how friendship can help save a person in many ways.

Karen Warner of Newsday covered this a little over a decade ago when it was revealed that Miley was going to perform a duet with John Travolta for this movie. Bolt didn’t exactly stick around long enough to become a longtime classic like other movies but it was still a fun and very entertaining time about a dog that was raised to believe he was a superhero. When he accidentally escapes his studio however where he’s kept to keep him thinking that his life is real, he comes to find out that everything he once believed he could do is just so many special effects and that he’s just a common, run of the mill dog.

It seems like it would be a great honor to hear one of your songs being sung by those that are attempting to break into the industry and Miley’s are without a doubt some that you hear on occasion since a lot of her tracks are quite inspiring to many people. It definitely means you’ve reached legend status when there are so many people that love your songs that they’re willing and able to attempt them in front of a large audience that is going to be judging every note they sing. As a performer that’s got to be inspiring as well as humbling in a way since it means you actually touched someone’s life in a very profound manner.

Anne Hathaway went out of her way to get the feel of this song on Lip Sync Battle and she pretty much nailed it since she even went to ride the wrecking ball at one point with a one-finger salute to Emily Blunt for good measure. Thankfully this show is all in good fun and there’s rarely, if ever, a problem between anyone since it’s meant to be a good bit of programming that everyone can enjoy and really get into. The more elaborate the stage show however the more people will cheer it seems since as some of the celebrities have been seen to get into their part it’s also been seen that crowd tends to react in a big way.

It’s not for certain as to whether Miley’s really staged a comeback or if she just had to take a step back and rework her career a bit in order to get back on the good side of the fans that had been so taken aback years before. At this point many people are still in love with her and won’t say a single thing against her, which is great in its own right since it means they’ve stayed loyal fans. Whatever she does at this point though isn’t bound to be nearly as surprising.

The VMA performance definitely set a high bar that she hasn’t reached for in a while.