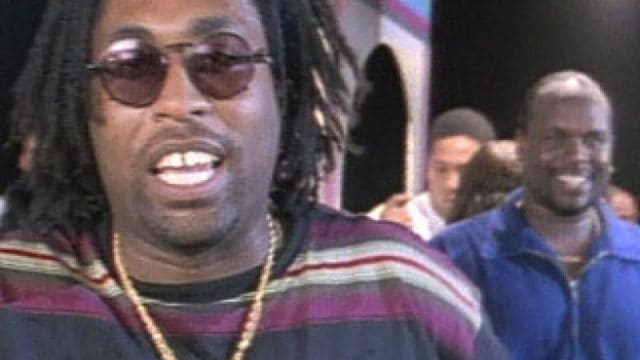 Whoomp there it is was one of the absolute favorite songs of cheerleaders and jocks alike because it had a power all its own that made you move and got the adrenaline pumping in such a way that you just wanted to stay active for the entire track. Tag Team was featured in so many films and TV shows that eventually the song did wear a little thin but not so much that it was hated for any period of time. Every now and then it comes back and it’s welcomed with open arms to those that hear it.

Here are just a few films it’s appeared in over the years.

This might seem like a rather dramatic and even somber movie for the track to appear in but it is in there. This love story takes place between a teenage couple that are destined to be torn apart. When the girl’s father tells the boy that he wants what’s best for her the boy up and leaves, figuring it’s best not to make waves. 20 years later however they meet up, and despite the years that lie between them it’s almost like nothing has changed.

Rio is the kind of fun movie in which you might hear a lot of different tracks from a lot of different up and coming artists. Blu is a domesticated macaw that needs to mate with another of his kind to keep the species alive. When they run afoul of smugglers however the hilarity ensues as they attempt to find their way to safety. Near the end however Blu discovers that he can finally fly and rescues Jewell. Eventually they even hatch three children as the movie comes to a close on this happy ending.

The mission? Infiltrate George Lucas’s famous Skywalker Ranch. The plan? Go in with your geekdom blazing and your nerdosity on full tilt. Okay, so it might have sounded better when they made their plans on the clip, but you get the general idea. These guys don’t have much of a chance in getting to where they want to be, but they’re persistent and by some sheer dumb luck they’re able to make their way to Skywalker Ranch, where they are quizzed to prove that they are in fact fanboys.

Buddy is not like the other elves. It could be that he’s at least ten times the size of the biggest elf, or it could be that he’s just a little to, exuberant. In any case he’s sent back to the human world to find his father and see if he can reconnect. What ensues is an experience that is unlike anything Buddy has ever known and a lot of truths that he didn’t realize would flip his world on its head.

When you’re representing team USA in the Olympics it’s best to take all the advice you can get. Taking a band of kids that’s never played together is hard enough, but getting them to win takes a miracle that is hard to come by. Thankfully a bunch of street hockey players were more than willing to remind the Ducks just what it means to earn every inch on the ice.

Whoomp There It Is has the kind of power to lend a fiery spark to almost any movie, just as it’s done to those above.