Home
Movies
The Five Best Zendaya Movies of Her Career 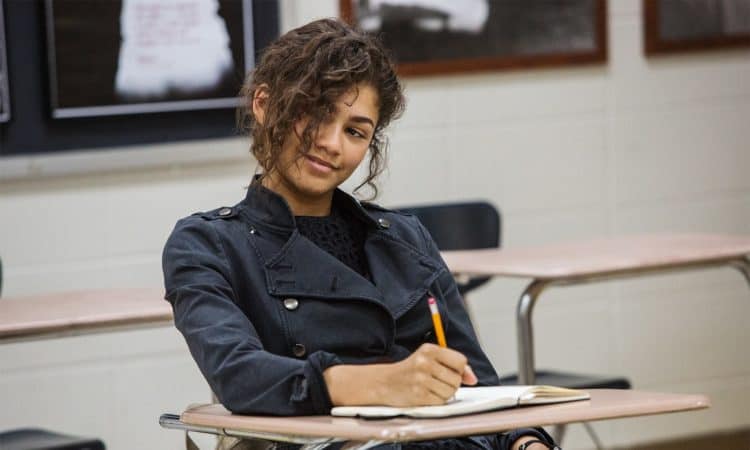 A lot of people have managed to get on board the Z train as Zendaya has become a big hit throughout the last few years and was already on her way up before she became the next MJ in Spider-Man. Being young in Hollywood doesn’t mean much except that the kid gloves are on quite often and there’s a lot of time for an individual to create, maintain, and enjoy a career that can last for decades if they so choose. Thus far Zendaya has been firing on all cylinders even if her movies haven’t always since she’s proven to be a big talent on the screen and in the music studio given that she has a great voice and a wonderful look that a lot of people have locked on. As her career continues to push forward there’s a good chance that lists such as this will continue to change, but at the moment she’s had some fairly big hits that have made a big difference in her career.

It’s very possible to experience snags in a relationship at a younger age that could last for a lifetime if they’re not corrected quickly and without any real animosity being allowed to brew. Avalon and Halley have that chance and thankfully in this movie they take it since the magazine that they start up is something that a young person is fully capable of creating, but the business end is what eventually winds up tearing friendships down since, let’s face it, business is business and there are a lot of times when it has room for alliances and compromises but not friendship. In any case it was a cute family movie.

If only an app could make life better, right? If such a thing happened to be possible you can be almost assured that someone in this day and age would use it and not worry about the disastrous results until later on when they happened to notice. This is the case when Zoey uses it obviously and the results turn out to be just as lackluster and unwanted as one can imagine since controlling people is not the way to enjoy them. Once she gets rid of the phone things go back to normal, such as it is, and her life gets back on track with a bit of hard work and effort that is what life really requires when you think about it.

It’s interesting to think what might happen if a mythical creature and a human were to interact. In this movie the obvious train of thought is that there would be fear, miscommunication, and a great deal of misunderstanding that would come from the realization that the two species were kept apart for good reason. But the ideal of course is for humanity to be able to live with any and every creature in the world that might have ever existed since these movies are quite popular even if movies featuring humanity against the world they depend on and call their own make more money.

This is another movie that people kind of looked and scrunched their noses at since the life of P.T. Barnum wasn’t quite as it’s depicted in the movie and a lot of folks were more than willing to chime in when it was warranted and let those that didn’t know wise up to that fact. The downside of movies such as this is that anyone and everyone that wants to become a sudden history major on the subject only has to read a few factual accounts in order to make it sound as though they’ve studied the life of Barnum and all his works extensively throughout the years, when in fact it was just a fun and energetic movie with some if not much basis in reality.

Out of all the villains that could have come along and starred in a Spider-Man movie, a lot of people were probably hoping for another version of the Green Goblin, but the Vulture somehow made the cut. This movie was a return to the famed wallcrawler’s life in a way that a lot of people might not have been expecting, and the emergence of an MJ that quite a few people weren’t quite hoping for but has turned out to be kind of interesting since she’s not the typical damsel in distress any longer even if she’s not inordinately tough either. If anything this new MJ has more attitude and is an updated version of the character that a lot of people are currently on board with even if some are still holding out in terms of acceptance.

She’s still got a lot of great years left to her, so here’s hoping she uses them as well as she can.