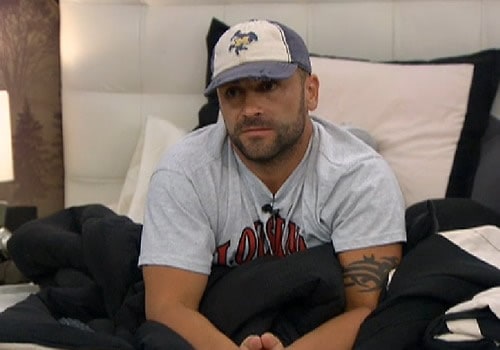 Summer is finally in full swing. That means we are onceÂ again treated to three weekly episodes of the reality showÂ Big Brother.Â The CBS series, hosted by the lovely Julie Chen, just started its 18th season last week and the drama, lies, and backstabbing has already started. This season we are also treated to the return of a few fan favorites (Nicole and James!) and a group of newbies that includes siblings of past contestants. Over 18 seasons, there have been four contestants that have been expelled from the house. Check out the article to see if you can remember them all!

After a night of drinking, things got really intense between Justin Sebik and Krista Stegall. The two began kissing and after some time, Justin pulled a knife and held it to Krista’s throat and asked if she would be mad if he killed her. Though Krista did not seem to be deterred by the knife, the producers felt that Justin was a danger to everyone in the house and sent him packing. He has previously been warned about his behavior in the house.

Season 4 ofÂ Big BrotherÂ was all about the exes. Like most people, Scott was not thrilled when he found out that his ex Amanda Craig was going to be spending the Summer with him in theÂ Big BrotherÂ house. Scott began throwing furniture and almost hit his fellow houseguest Jack Owens with a giant chess piece. Scott apologized and admitted he still had feelings for Amanda, but he was soon called to the Diary Room and never returned to the game. We could not unearth the video footage for this one. Sorry, guys.

Chima was known in the Big BrotherÂ house for not always following the rules. This included not going to the Dairy Room when being called and not wearing her microphone. Chima even threatened to make a scene during the live eviction if Jeff Schroeder decided to use the Coup D’etat. The episode that featuredÂ the eviction of Jessie Godderz Â had to be pretaped because of this. Chima would then end up throwing her microphone in the pool after refusing to wear it and was later sent packing after producer Alison Grodner forced her to come to the Diary Room.

Willie was put on slop by Janelle after her teammate Frank won the HOH competition. This caused Willie to lose it. He then got into a scuffle with Joe Arvin, even after his coach Brittany Haynes urged him to calm down. The altercation with Joe resulted in Willie headbutting JoeÂ and then getting escorted from theÂ Big BrotherÂ house much to the delight of everyone else.

Which expelledÂ Big BrotherÂ contestant wasÂ your favorite? Let us know in the comments section below.