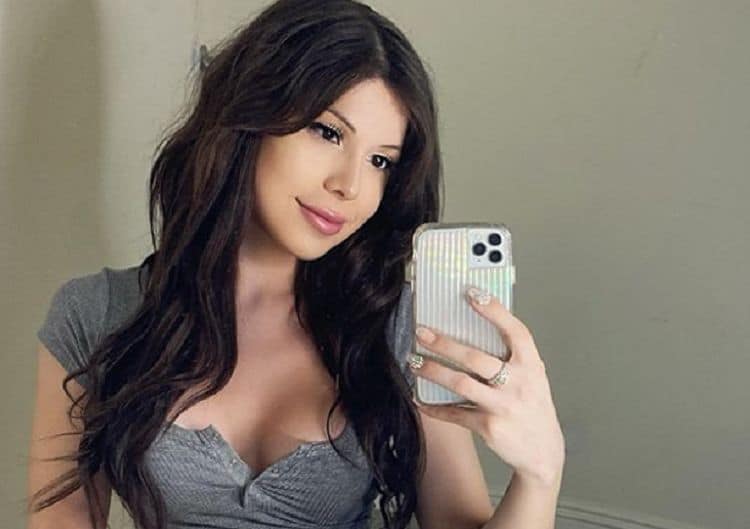 In many people’s minds, YouTuber Blaire White is a bit of an oxymoron. She is a transgender Trump supporter, despite the fact that Donald Trump’s political views have consistently expressed disregard for her community. Still, she continues to share information and opinions that enforce conservative viewpoints, and she’s gained a substantial following because of it. She has nearly 960,000 subscribers on YouTube and over 333,000 followers on YouTube. Although most of her content is centered around politics and her opinions on activism, she also shares stories of her personal experiences. Keep reading for 10 things you didn’t know about Blaire White.

As of 2018, Blaire is happily engaged to fellow YouTuber, Joey Sarson. However, unlike Blaire, Joey’s platform doesn’t have a following of hundreds of thousands of people. Although Joey seems to share Blaire’s conservative views, his YouTube channel has a more personal touch. His content mostly consists of vlogs and videos of his fitness journey.

Blaire’s journey to becoming a a successful YouTuber didn’t happen over night. She started her channel at the end of 2015 and began posting videos expressions her thoughts and opinions. Since her account was created, her videos have gotten more than 121 million total views.

It’s no secret that people who are part of marginalized communities tend to lean towards liberal or progressive views. However, that isn’t the case for Blaire at all. She is a conservative through and through and doesn’t even support the feminist movement. In 2016, she even uploaded a video called “Feminism is Pointless“.

Blaire White is proud of everything that she stands for, and she hopes her followers are proud too. As a way to show their support, her fans can now purchase branded merchandise from Blaire. She sells t-shirts, hoodies, hats, mugs, and other accessories that have phrases such as “straight while male”.

6. She Began Feeling Dysphoria At A Very Young Age

When Blaire was just a kid, she began to feel uncomfortable with her body. It didn’t take her long to realize that she did not feel like she was skin she was meant to be in. However, she didn’t come out as transgender until she was 20. Despite the feelings she experienced at a young age, she is still against people transitioning before adulthood.

7. Her Family Is Supportive

Many parents have a difficult time accepting a child who is a member of the LGBT community. This is especially true for trans children who are especially misunderstood. But Blaire’s experience was quite different. She came from a very conservative family, but her loved ones have always been supportive of her gender identity and her journey.

Unlike lots of other influencers, Blaire has shared some of her deepest personal moments on social media. One of those moments was a rape that took place during a date when she was 18-years-old. While the experience was very traumatic, Blaire says that it taught her some very valuable lessons. Blaire’s willingness to share her story was a moment of true vulnerability that earned her the respect of many people.

9. She Loves Hanging Out By The Water

Blaire spends a lot of time creating content for the internet. While lots of people would consider that a dream job, she still needs to take a break from time to time and enjoy life away from the screen. As a true California girl, Blaire loves spending her free time hanging out at the beach.

After high school, Blaire enrolled as a student at California State University, Chico where she studied computer science. She eventually lost interest in her studies and started posting on YouTube while she was still in college. It’s unclear whether or not she ended up earning her degree.