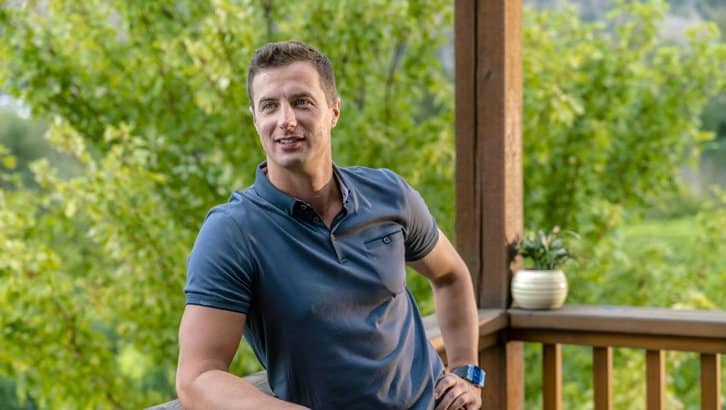 There are a lot of names in show business that seem to be trending these days and Brendan Penny is obviously one of them. While he’s not the biggest talent on the roster he’s done enough to prove that he belongs to be where he’s at and has established a successful and stable career that has allowed him to become a known and followed individual. His character profile is something you might expect from someone that does a lot of supporting work, in other words he’s just good-looking enough to hang around, is fit and outgoing, and is able to remember his lines and his his marks when he needs to. But as far as leading man material goes it would seem that he needs a lot more work when it comes to being considered for top billing. It’s always possible since to be honest show business is anyone’s game as long as they’re willing to put in the effort.

10. He’s been nominated for a couple of awards.

His efforts in film and TV haven’t been for naught since he has gained the attention of critics and fans that believe he’s worth watching nominating for awards. He hasn’t been given the nod more than twice so far, but there’s nothing to say this trend will continue in the future.

That might seem like a long time to be a supporting character in more than one program or movie but in all honesty if you take a look at the history of TV and cinema some folks spent their whole career as supporting characters, decades in fact, and were still remembered fondly for what they contributed.

8. He’s been much more prominent in TV.

He’s done a fair number of movies but his TV credits number quite a few more. Some people jump back and forth between the two mediums throughout their careers, finding success in both. In some cases however one will top the other since it is a very big juggling act that not everyone can accomplish.

There have been a lot of actors that have crossed many different borders to come act in the US while residing in their home country. There are visas that can allow this and many people either use those visas or take up dual residence in their native country as well as the US in order to facilitate and easier time of moving back and forth.

Some folks aren’t cut out for leading roles or they simply don’t want them. To be honest being the lead actor does come with a lot of glory, bigger paycheck, and a lot more recognition. But it also comes with a lot more stress since that individual essentially becomes the face of the project to which they belong. Being a supporting actor is still stressful, but the entire project doesn’t tend to rest on your shoulders as much.

5. He doesn’t reveal much about his personal life.

He does manage to keep his life and those of his family on the down low which is increasingly being seen to be a good idea since the thought of anyone really needing to know what goes on within another person’s household is kind of ludicrous. These are actors, they do get to have a personal life away from work.

4. He is on social media but his presence isn’t all that big.

Social media is great in many regards so long as it’s not abused and not used as a platform for people to personally attack another individual based on their own biased views. It’s all freedom of speech of course and no one has to pay attention, but upon seeing the hateful things that some people say it’s easier to not subscribe to social media at all.

3. His wife is a marine biologist.

One has to wonder if he ever gets to go out on assignment with her, if she does in fact work in the field. This seems like it would be the perfect time for a family vacation doesn’t it? Head to a selected beach and let the kids and dad join mom in her research. It does sound ideal but it also sounds like something that might not be entirely feasible, especially without knowing what aspect of marine biology she’s really into.

2. He does have children.

That’s really all a person needs to know it would seem and that tends to be all that a person should expect. He does have kids and is likely the kind of father that doesn’t want their names or faces touted out to strangers, meaning he’s a good dad.

1. He wrote and performed sketch comedy at one point.

Everyone has their beginning in the business, and it’s kind of a wonder why he didn’t bother to stick with this, but perhaps he found better opportunity in acting.

It’s interesting to try and guess things about a person when they’re not plastered all over social media and the internet, it gives them a little more mystique that makes them quite interesting.