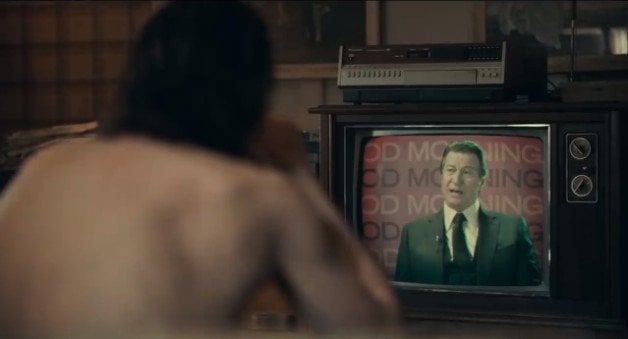 You’ve likely seen Brett Cullen in a number of places since he gets around and he’s been in show business for quite a while. The only thing is that a lot of times he’s one of those individual that you see and can’t remember his name. But he has played a lot of positive and a lot of negative roles that see him as the kind mentor and father figure or the spoiled and entitled individual that you can’t wait to see take a fall. His career thus far has been one that seems entirely solid since he’s created a reputation that doesn’t put him squarely in the spotlight or even in the minds of many that can’t stop thinking about him. If anything he’s a working-man’s actor and as such is the kind of guy you rely on to show up when the movie or TV show needs someone to bolster the ratings just a bit and can deliver a believable character. For that he’s more than a little useful.

Here are a few things about Brett you might not have known.

10. He almost drowned in a surfing accident as a teenager.

Fortunately he managed to reach the surface again. A lot of people don’t seem to see the big dangers in surfing but there’s always the probability of being taken under the water and becoming disoriented. Plus, the waves don’t just call time out when someone is knocked down.

It sounds as though he owns this company with MeatLoaf of all people which is pretty interesting. It also goes a long way towards explaining his net worth and where a good portion of his income likely comes from.

This seems like the typical age by which an actor should be pretty well established in what they’re doing and what they’ve done. So far it would seem as though Brett is the kind of guy that is happy where he’s at and with what he’s doing. He’s also aged quite well to be honest.

7. If you can recall he was in a movie called The Replacements.

He played the part of the spoiled quarterback for the Washington Sentinels, Eddie Martel, and this is a good example of a moment when he was one of the most despicable characters he could ever be since Martel was the type of qb that fans would love to see smeared all over the field.

On the flip side this was a character that a lot of people could easily like since he was a bit hard on his son but for a good reason, and before he passed away due to a horrific accident in his normal routine he did send his son Johnny on his way with his blessings and a killer rider.

5. Most recently he played the role of Thomas Wayne in Joker.

This almost seems like a halfway mark between the good and the bad roles he’s played throughout his career since Thomas Wayne has been shown in a different light in a few different ways despite the fact that his death is one reason why we have Batman and his legacy is supposed to be mostly positive.

4. Brett has been prominent in TV as well as the movies.

He’s had a great career both on the big screen as well as the small screen but in truth he’s still the guy you look at and recognize even as it’s likely that you can’t think of his name. That being said he’s still a welcome addition to many shows and movies since he’s that great of an actor.

3. His net worth is in the millions.

The range given on some sites is between one and five million so it’s kind of hard to pin it down that easily, but while a lot of it does probably come from his acting a good chunk if not more has to come from his business ventures.

2. There’s not a lot of personal information out there on him.

You’ll definitely find out a lot about his career when you go searching for something, but when it comes to personal information you might need to dig a little deeper just to find anything that’s not a bit of common knowledge or something that can be discovered on an IMDb page.

1. At this point in his career there aren’t a lot, if any, of real controversies he’s been involved in.

This is always a plus when it comes to any actor since controversy might help some people but it can kill careers and make a lot of folks into a running joke that’s hard to recover from no matter who you are.

So far he’s had a pretty good run, hopefully it will continue for a while.