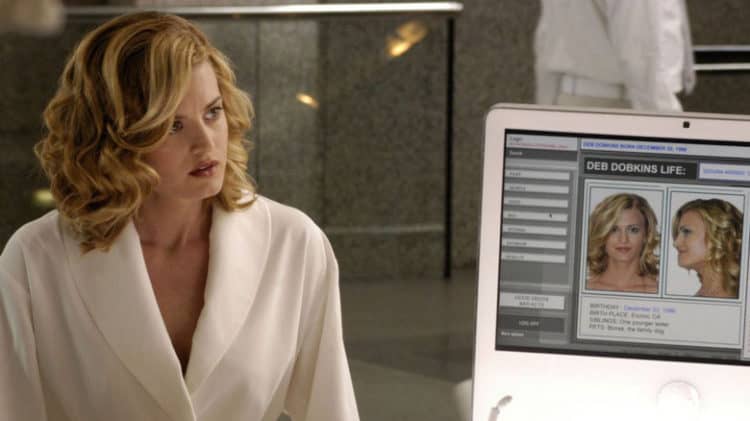 Brooke D’Orsay has a way of lighting up the screen every time she steps in front of the camera. Her natural ability to keep people entertained has spawned into a very successful professional acting career. Over the years, she has become known for her appearance in a wide variety of projects, but most will recognize her from her work with the Hallmark Channel. She has appeared in several TV movies for the network including A Godwink Christmas: Second Chance, First Love, and Beverly Hills Wedding. Even though she has played several similar characters during her career, her range is much wider than most people think.  Keep reading for 10 things you didn’t know about Brooke D’Orsay.

Brooke has become so well-known to American audiences that there are some viewers who may have assumed that she’s from the United States. In reality, though, she was born and raised in Toronto. Although there doesn’t seem to be any information about her background, we do know that her last name has French origins.

2. She Started Her Career Doing Comedy

Some people think Brooke is just another pretty face, but she’s much more than that. On top of being very talented, she also has a great sense of humor. In the early days of her career, Brooke was a member of an improv comedy troupe based in Canada. Although she doesn’t have to tap into her comedic side for all of her roles, it’s always a great skill to have.

3. She Is Not Really Into Social Media

Having a strong social media presence has become an almost essential thing. Surprisingly, though, Brooke doesn’t seem to have an interest in building an online presence. Although there are Instagram and Twitter accounts associated with her name, neither of them is verified. Even if they are her accounts, they have had any activity in the last few years.

4. She Loves The Positive Nature Of Hallmark Stories

Hallmark movies have a reputation for being what many people would consider cheesy, but there are a lot of people who love their heartwarming messages and Brooke is one of them. During an interview with Harlton Empire, she said, “The reason I love doing Hallmark movies is due to the good-hearted nature of the stories.”

5. She Almost Has 50 On-Screen Credits

If you take a quick look at Brooke’s resume you might be surprised by all of the work she’s done. Brooke currently has 49 acting credits and the list grows a little bit more each year. It’ll be interesting to see how many credits she ends up with at the end of her career.

6. She Is Done Voice Acting

Live-action roles are what Brooke is best known for, but many people may not realize that she has also done voice acting. Most notably, she was the voice of Caitlin in the animated series 6Teen. She also did some work on a few episodes of the cartoon Braceface.

Brooke comes from a close-knit family and her relationships with her loved ones have always been very important to her. She has a tight bond with her parents and her brother and she has been fortunate to have their support as she’s worked towards accomplishing her dreams.

8. She Is In A Relationship

Brooke has always been very private about her personal life. Outside of her career, there isn’t much information about her floating around the internet. One thing we have learned, however, is that she is in a relationship with American filmmaker Greg Coolige. It’s unclear whether or not the couple is married and it doesn’t appear that they have any children together. We also weren’t able to find any information on how long they’ve been together.

9. A Christmas Story Is Her Favorite Holiday Movie

10. She Doesn’t Have The Best Baking Skills

Brooke has played some characters who are really talented when it comes to being in the kitchen, but in real life, this is one area she struggles with. While talking to TV Goodness, Brooke shared that she isn’t that good at baking. Unfortunately, her baked goods usually turn out “dry and burnt”.