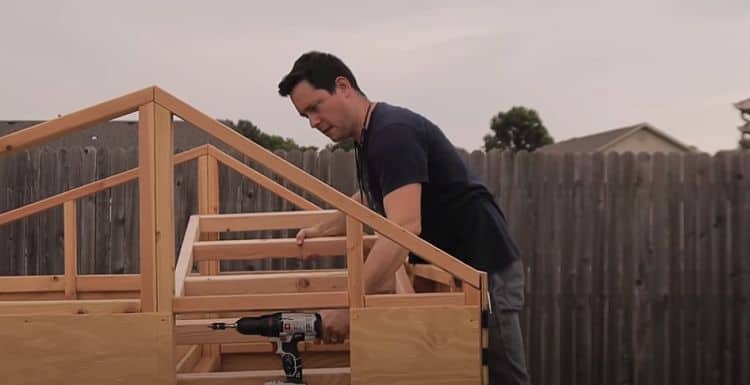 It’s easy to feel more than a little envious when watching something like this since it would be nice to have this kind of drive and passion to create something like this from The Legend of Zelda: Breath of the Wild. But the amount of work that would go into this playhouse would be immense and would require the help of a few people obviously, or just a lot of time and patience that a lot of people simply don’t have. For our kids, we definitely want to do the best we can most times, but there are moments when some of the things we’d like to do would take such an enormous effort that some people say ‘let’s do it’ while others might wonder how they can shave a bit of time and money off of the whole thing. Admittedly, a lot of us probably would have loved to have had a playhouse like this as kids and would have thought it was one of the best things ever, at least until we got a little older and started to grow out of the playhouse. It’s even possible to think that as awesome as this is, and it is, don’t doubt, a growing kid would find it unusable after a while since a couple of serious growth spurts later, this playhouse would be kind of defunct since it wouldn’t be able to house more than one or two people at best.

The fact that the plans are available to follow is pretty cool since it takes out a lot of guesswork and it does help people to put this together if they really want to take the time and effort. But it’s definitely advisable to have the right tools, to have the space, the money, and the time to devote to this, otherwise, it might come out looking a little less impressive simply because it is a project that requires a lot of dedication from start to finish. Some people would rather pay to have it done, but even then time and money that go into something like would be enough to make some people think twice. Plus, it does help if your kid happens to want a playhouse and if they’re into the Legend of Zelda, to begin with. It’s possible that this house could be made into just about anything and that the specs could be played with in a way that would cause it to look different in whatever way a person wanted. But the main point is that it’s a cool playhouse and one that a lot of kids would probably enjoy in a big way.

Playhouses are usually a lot of fun when you’re young due to the idea that they’re a kind of escape from the world or your own special place in it that kids can enjoy and call their own. Sometimes it’s a spot that a kid can go to just calm themselves and relax during a tough time or a place they can sit and contemplate or just relax for a while. Playhouses have been a thing for quite some time, but what they’re called is usually dependent on where they are, what purpose they serve, and of course what the kid wants it to be. Forts, treehouses, clubhouses, playhouses, whatever the name that’s affixed to them might be, these spaces are where a kid can play, enjoy themselves, and essentially be in their element since it’s a spot that they control and that they make the rules in, sometimes. Speaking as a kid that had to use whatever materials were around to make a fort or a secret hideaway, the importance of such areas is hard to explain sometimes, but it’s easy to understand since even adults would like spaces such as this from time to time considering that it would be nice to just get away and not worry about the world for a while. A lot of adults tend to want to get a little further away and take a real vacation to a spot that’s located well away from home. For kids, this is a lot easier sometimes with a playhouse since the imagination of a kid is still pretty strong and can allow them to travel to distant lands on a regular basis if that imagination is strengthened from time to time and allowed to flourish.

It is interesting to think of how long this structure would last out in the elements since it looks as though it was created to stand for a while. Without proper maintenance and upkeep, it might not stay this nice for that long, but with all the care that went into it, one might easily believe that it would still be standing long after the youngest child in the home outgrew it.