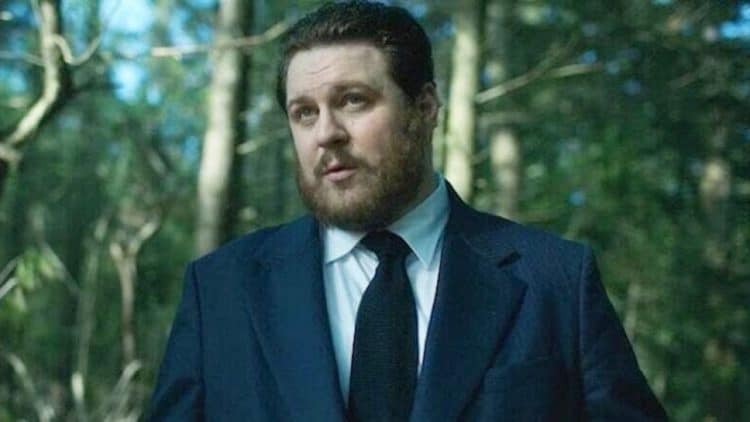 “The Umbrella Academy,” is a reasonably new Netflix series that is already one of its most popular shows. It was like we all heard about it one day and didn’t know what it was, and the next day the entire world was suddenly talking about it. We don’t know if Cameron Britton, the man who plays Hazel, knows how we feel, but we imagine that his sudden stardom is pretty exciting. He’s a guy who plays a character on the Netflix show, but he’s also so much more than just this new role. Let’s find out what we can about him so that we can all learn more about the actor and his role in life.

1. He’s from Another Famous Show

You know his face is one you recognize, and that’s because this is not his first major role. In fact, he was part of another really big show for a time. He was on Netflix before. He played the role of Ed Kemper in a hit show called “Mindhunter,” which was another huge hit. We’ve noticed Netflix likes to make stars and then re-use them over and over in their new shows. It’s a good move on their part.

That’s right, he’s an Emmy nominee. That’s a big deal, and he probably knows that. He was nominated for a Primetime Emmy for his role in the “Mindhunter” realm. He was nominated for the Outstanding Guest Actor in a Drama Series. He did not win, but he got a nomination that many other actors did not get, so that’s a win in our book.

Before he was an Emmy-nominated actor who did all the things, he was a teacher. Not just any teacher, however; the world’s most patient kind of teacher. He was a preschool teacher. He taught kids who weren’t quite yet two all the way through three, which is not always an easy age. It’s a fun one, but not always an easy one. He did that for approximately eight years.

He was born in the 80s, which is something we feel always makes people a little cooler than normal. Being an 80s baby is the best, and growing up in that timeframe was so good. We have to assume it was so much better growing up then that it is now. I cannot even imagine growing up and going to school with social media and all that added stress. However, he was born in 1986, on June 6.

5. He Didn’t Expect an Emmy Nomination

He was just so excited to have a role working with the cast that he got to work with that he was only hoping that he would get the job done without being fired. He never thought for a moment he’d walk away with an Emmy nomination, but he did watch the show and have his internet up to see who was being nominated at that time. He didn’t deny that he was watching, and that’s so refreshing.

6. Playing the Role of Ed Kemper Was Hard

He played a man who wanted to kill his own mother, and he had to get into that man’s head to get to that point. It took him 9 months of studying the man, of being part of his life, of learning everything there is to learn about him, of being him. It is not something that is easy to live with when you are the man who kills another person – especially your own mother – but being in that headspace is difficult to live with for so long.

Like, really tall. He’s not a man who stands 6’1 or something. He’s 6 foot 5 inches tall, and that makes him significantly taller than most men in Hollywood. He feels that at times this causes him some problems getting roles, but that’s all right. He did what he needed to do, and now he is killing the game.

8. He Couldn’t Focus on Victims

Maybe you gathered that from what we’ve mentioned above, but he really does all it takes to get into the character of the man he’s playing. He even did such a good job that he had a hard time with his own mother when she was visiting. He was, after all, playing a killer who wanted to kill his own mother, and that is hard to let go of.

He and his wife have some good conversations, too. When he landed the role of Ed Kemper, he was just so excited to get to work with the people that he got to work with that their night-before conversation was all about how he just didn’t want to get fired. That’s true love.