Home
Movies
Can You Even Imagine if Dave Chappelle or Ice Cube Played Bubba in Forrest Gump? 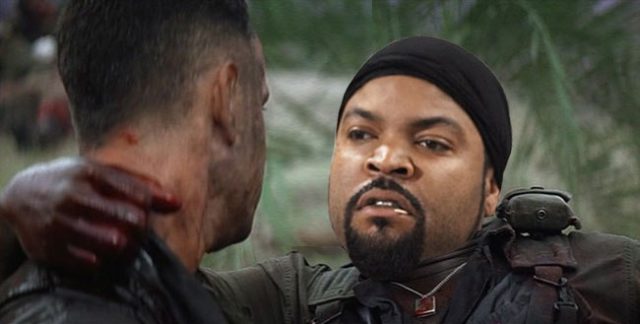 As many of you already know, Mykelti Williamson played Benjamin Buford “Bubba” Blue in the movie Forrest Gump.Â  Bubba is Forrest’s friend whom he meets upon joining the Army. Bubba was originally supposed to be the senior partner in the Bubba Gump Shrimp Company, but due to his death in Vietnam, their platoon leader, Dan Taylor, took his place. The company posthumously carried his name. Forrest and Dan later gave Bubba’s mother Bubba’s share of the business. Throughout filming, Williamson wore a lip attachment to create Bubba’s protruding lip.Â  But here’s something you didn’t know about the part of Bubba.

David Alan Grier, Ice Cube and Dave Chappelle were all offered the role but turned it down. Chappelle said he believed the film would be unsuccessful, and also acknowledged that he regrets not taking the role.

Forget Dave Chappelle.Â  What if Ice Cube were Bubba?!?!?Â  Man, I love the stories that come out of Hollywood.Â  But don’t forget that Tom Hanks was also not the first choice to play Forrest Gump. Bill Murray, John Travolta and Chevy Chase all initially turned down the role.Â  And did you know that Tom Hanks also took virtually no salary to do this movie but instead took a % of the gross?Â  He’s said to have made over $100 million on the film.

What’s also interesting is that Dave Chappelle actually teamed up with Tom Hanks in 1998 in the movie You’ve Got Mail.Â  Hollywood’s got a very funny way of working out.