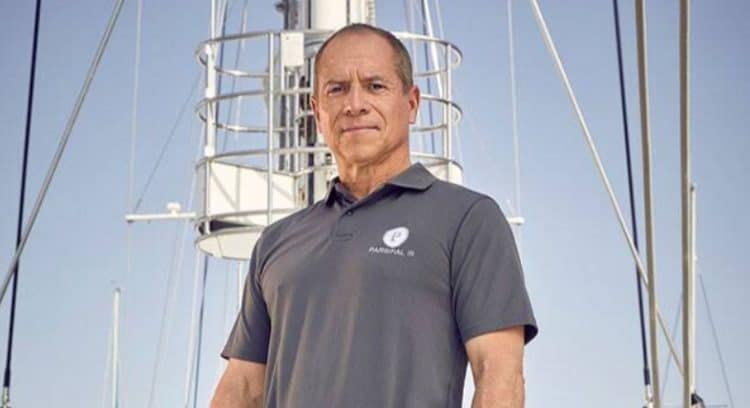 Fans of the popular reality TV show, Below Deck, received an early new year’s gift with the announcement of the premiere of a second spinoff of the show. The show, Below Deck Sailing Yacht, is set to premiere in early February 2020, and trailers of the program have been a key talking point for the diehards. One of the elements of the spinoff that has had fans interested and eagerly waiting for the premiere is the cast. The cast is very diverse, and among the crew who many fans have their eyes is the captain, Glenn Shephard. Described as laid back, let us dig deeper into the captain with ten things you probably did not know about him.

One standout thing about the reality TV show is the diversity of the cast members. Most are United States natives, though some have come from other countries, and Captain Glenn Shephard is one of them. As evident from his bio on NBC Universal, he is a Canadian tracing his origins to Montreal. As per the spinoff’s trailer, he is touted as the show’s first international captain For the new program, his nativity may be a hidden blessing as it may give the show some exposure to the Canadian fan base in support of their own.

2. He Started Quite Young

It is no secret that many find their calling when young and get the drive to achieve what they are enjoying in adulthood. This statement is true when focusing on the forays of Glenn as he admits he was fascinated with the world when quite young. It is this drive that pushed him to adventure-seeking until he found his place on the seas. The rest, as clichÃ© goes, is history.

While still at his prime and calming his adventure bug, he ventured into the sea as earlier hinted. It is here where he fell in love with sailing and got to work on a vessel. He started as a deckhand and gradually rose the ranks to be a captain. His claw to the top is a portrayal of resiliency and hard work, more so when you consider he has been at the helm of the Parsifal III for ten years.

4. His Experience Is A Plus For The Show

Upon taking a look at Eonline details of Below Deck sailing Yacht’s cast, you will be impressed by Glenn’s experience. He boasts of 20 years working in the sailing industry, with ten solid ones as the captain of the mega yacht, Parsifal III. Such an experience on the seas is awe-inspiring and shows how qualified he is to be the head of the crew. Looking at the sister shows in the Below Deck franchise, you see the vital role that the captain has in the development of the program and as a figure of authority. It is a sure deal that Captain Glenn Shephard will pull the stint in front of the cameras successfully.

A look at the trailer of the reality show, you can see how cool and laid back he is. He does not seem to be all over the place, and he has some composure when he talks. The laid back personality has already endeared him to several fans of the below deck spinoff with a substantial number lining behind him as their favorite. We hope that he maintains the composure and acts as the voice of reason as the show progresses.

Still looking at his bio, the description of a team player and an empowering figure seem to be prominent. If that is true, then the reality TV series will at least have some level of control. As evident from the two sister programs, things tend to get heated up very quickly, and a level-headed figure is significant in preventing situations from escalating. In this spinoff, it seems all eyes will be on Shephard to keep things in check.

The captain is quite active on social media, and he has a presence on key platforms such as Instagram and Twitter. He shares some details on his life and adventures around the world. He has 485 followers on Instagram, a number that will rise due to the exposure the reality show is already giving him. He interacts with his followers freely, answering their questions on the various captions, further cementing his calm guy demeanor.

It is no secret that Glenn loves the outside world and won’t back down from an adventure moment. It is a fact that also presents itself in his hobbies. He enjoys traveling, mountain surfing, photography, sailboat cruising, and golfing during his free time. A look at his hobbies paints the picture of someone who is experimental and out to do whatever he loves.

9. He Is Well Traveled

If you are Shephard’s follower on social media, then you have a hint on how well-traveled he is. His job as captain of a mega yacht and also his love for adventure work to his benefit as he can travel to several parts of the world to quench his curiosity. From his posts, he has visited countries such as Italy, Greece, Scotland, Switzerland, and Spain, among many more.

One of the things that fans are always curious about is the relationship status of their favorite entertainers. The same applies to Captain Glenn Shephard, with many of his followers being interested to know if he is seeing someone. At the moment, it is not clear whether he is in a relationship or not as he tends to keep his personal life on the down-low.

Captain Glenn Shephard will star among other cast members in the latest spinoff of the below deck show, below deck sailing yacht. The show will premiere in early 2020, and the show’s trailer has many followers of the show on standby waiting for the first episode. You can catch Glenn on the show or follow him on his social media handles to know more about him.