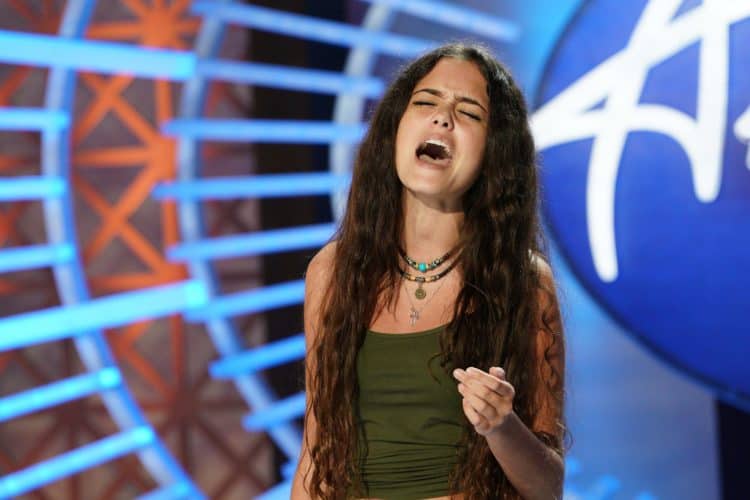 Sometimes, it can take a person an entire lifetime to find the courage to chase their dreams, but at just 15-years-old Casey Bishop is already going after hers at full speed. During her audition for American Idol, Casey instantly won the judges over with her rendition of “Live Wire” by Motley Crew. Not only were the judges impressed, but they made it clear that they think Casey has what it takes to earn the title of the next American Idol. Of course, only time will tell if Casey is able to make it to the end of the competition, but things are looking very promising for her. Keep reading to learn 10 things you didn’t know about American Idol contestant, Casey Bishop.

1. She Doesn’t Have Much Performance Experience

Anyone who saw Casey Bishop perform doing her audition probably felt like she had been performing all of her life. In reality, however, she has very little performance experience which is something she explained to the judges. Fortunately for her, she’ll get plenty of performance experience during her time on American Idol.

After seeing her audition performance, there are a lot of people out there who would love to see more from Casey. The good news is that they won’t have to wait until her next performance on the show. She has a YouTube channel where she has uploaded videos of her singing. So far, her channel has more than 23,000 views.

On top of being a singer herself, Casey is also a huge music fan. She loves listening to rock and enjoys bands like Nirvana, Sublime, and Red Hot Chili Peppers. She is also a fan of jazz/blues music and she especially enjoys Ella Fitzgerald. During her audition, she even did a quick cover of Fitzgerald’s version of “My Funny Valentine”.

4. She Always Dreamed Of Being On American Idol

Getting the chance to perform on American Idol is something that Casey has been dreaming about for a while. Not only did that dream come true, but it went better than expected. Now she is on her way to Hollywood and has a legitimate shot at winning the competition.

5. She Has A Large Social Media Following

Casey is still very early in her career, but lots of people have already fallen in love with her voice. She currently has more than 20,000 followers on Instagram and being on the show is only going to make that number even higher. Surprisingly though, she isn’t very active on social media.

6. She Is Passionate About Taking Care Of The Earth

Even though Casey doesn’t have many posts on Instagram, one of the posts she does have is an illustration that reads “this planet needs you to give a sh*t”. This makes it very clear that she’s serious about taking care of the environment which also probably means that she enjoys spending time outdoors.

7. She Hasn’t Released Any Original Music

Contestants on American Idol come to the show at all sorts of different places in their careers. Some people have already released singles and full length projects while some have yet to step foot into a recording studio. At this point in her journey, it doesn’t appear that Casey has released any music of her own.

8. She Hasn’t Done Any Other Singing Competition Shows

Unlike some of the other singers on the show, Casey doesn’t have any experience being on a talent competition show. While some may see this as a disadvantage, it could end up working in her favor as she can go through the show without any preconceived notions.

9. She Is A Big Katy Perry Fan

Performing in front of the judges on American Idol can be a nerve wracking experience, especially when you’ve grown up listening to their music. While Casey was excited about meeting all of the judges, she was really looking forward to seeing Katy Perry. Casey says she was a very big fan of Perry’s when she was younger and told News Press, “I wanted to BE her when I was 6 and 7. ‘California Gurls’ was it.”

10. She Had To Overcome Some Serious Nerves During Her Audition

Stage fright is something that even the most seasoned artists deal with, so you can only imagine how nervous Casey must have been feeling when she walked into the audition room. Although she was confident in her abilities, she couldn’t help but shake the butterflies in her stomach. Luckily, she was able to convert that nervous energy into excitement for her performance.