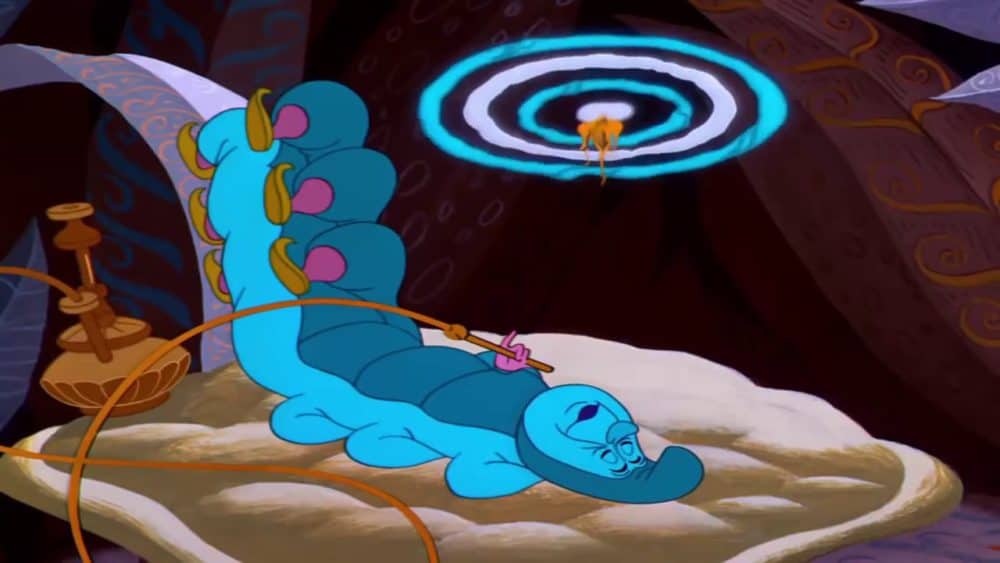 Absolem and Russel–these are the other names that the famous Caterpillar from Alice in Wonderland goes by. The Caterpillar is one of the more recognizable characters in the story, and it’s a character that served an important purpose in the story even though it wasn’t as popular compared to other characters such as the White Rabbit, the Mad Hatter, or the Queen of Hearts. We actually see the Caterpillar twice in the entire story of Alice’s Adventure in Wonderland, first in Chapter Four and then in Chapter Five. His part in the story is pivotal to the direction that Alice and her story eventually take.

When Alice met the Caterpillar for the first time, she actually did not like it. The Caterpillar took its time talking to Alice, and it was very curt each time it spoke to her. Alice first saw the Caterpillar sitting on top of a mushroom and smoking its hookah. The first thing that the Caterpillar said to Alice was a question, “Who are you?” Alice had difficulty answering the Caterpillar, and so she decided to just take her leave. The Caterpillar called her back to recite a poem, Father William, which she did incorrectly. She was again dejected by this occurrence, especially considering she thought she knew the poem completely. The Caterpillar made sure to point out her mistake and proceeded to ask Alice how tall she would like to be. Alice simply answered that being three inches tall was a misery, something that insulted the three-inch Caterpillar deeply. It then decided to crawl away, but before doing so, it told Alice how she could grow back to normal size again. Apparently, one side of the mushroom would make her shrink, while the other would make her grow when consumed.

There are so many important things that happened during this meeting that gets lost easily. First off, the Caterpillar was really the very first character Alice meets that actually made an effort to help her out. Everything in Wonderland was quite confusing for Alice, and the height changes were beginning to really take a toll on her. The Caterpillar, though antagonistic in nature, still told Alice exactly what she needed to know in order to get back to her original size. While she still may have had difficulty doing this, at least she had some type of direction. In addition, the Caterpillar wasn’t the only character that was acting contemptuous. Alice herself made insulting remarks that may not have been directly aimed at the Caterpillar, but it was still haughty regardless.