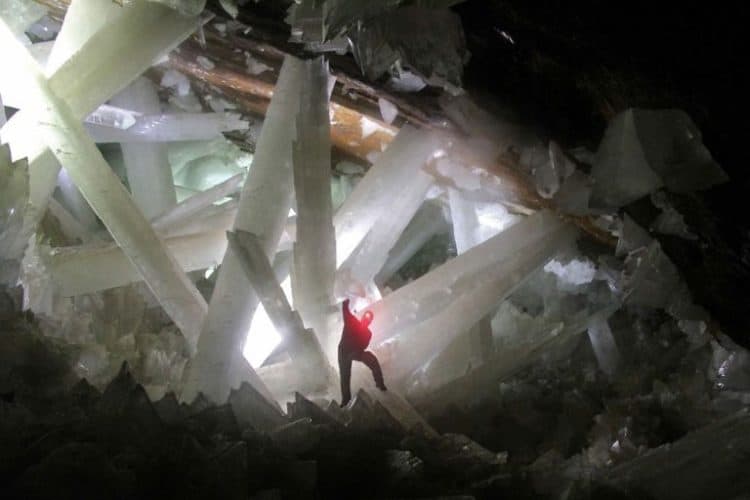 When the creators of Superman originally conceptualized the Fortress of Solitude they didn’t even know about the Cave of the Crystals.Â  The original idea was in the 1930s and 40s and goes something like this:

The concept and name “Fortress of Solitude” first appeared in the Doc Savage pulps in the 1930s and 1940s. Doc Savage built his Fortress of Solitude in the Arctic and retreated to it alone in order to make new scientific or medical breakthroughs, and to store dangerous technology and other secrets. The Golden Age Superman did not have an arctic fortress, but instead a “mountain sanctuary” which was located in a mountain range on the outskirts of Metropolis. Here, Superman kept a diary, oversized tools for various projects, and other equipment and trophies.

Over the years the Fortress took on new shapes and even meanings.Â  However, an Arctic theme and crystal theme always remained.Â  But who knew that a “real” one of these existed?Â  Turns out it’s not in the arctic at all.Â  In fact it’s a cave located in Mexico in a climate that’s extremely hot.Â  Scientists have been going there for years,Â  but not to find out how to defeat Zod.Â  It’s to understand this incredible formation. The group of scientists who explore this amazing natural phenomenon are known as the Naica Project.

Here’s a full description from Design you Trust

Cave of the Crystals or Giant Crystal Cave is a cave connected to the Naica Mine 300 metres (980 ft) below the surface in Naica, Chihuahua, Mexico. The main chamber contains giant selenite crystals (gypsum, CaSO4Â·2 H2O), some of the largest natural crystals ever found. The cave’s largest crystal found to date is 12 m (39 ft) in length, 4 m (13 ft) in diameter and 55 tons in weight. The cave is extremely hot with air temperatures reaching up to 58 Â°C (136 Â°F) with 90 to 99 percent humidity. The cave is relatively unexplored due to these factors. Without proper protection people can only endure approximately ten minutes of exposure at a time.

Check out more photos below 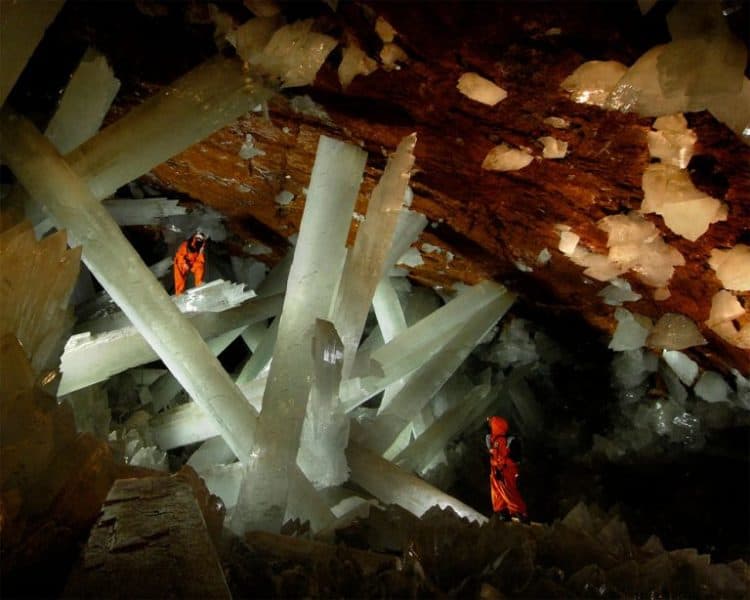 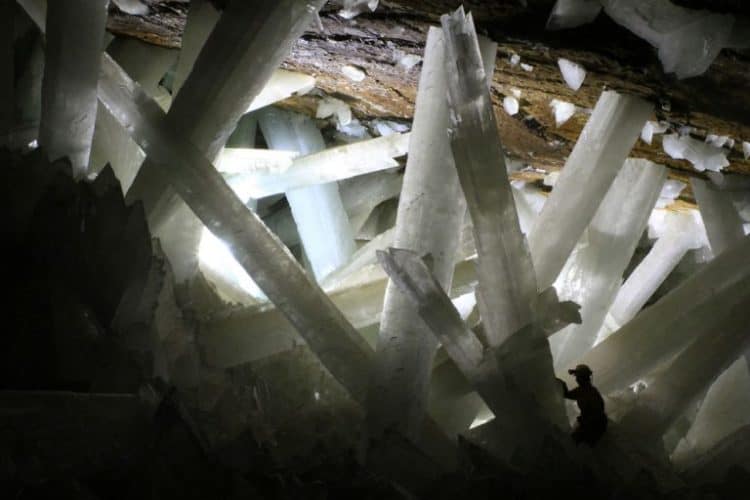 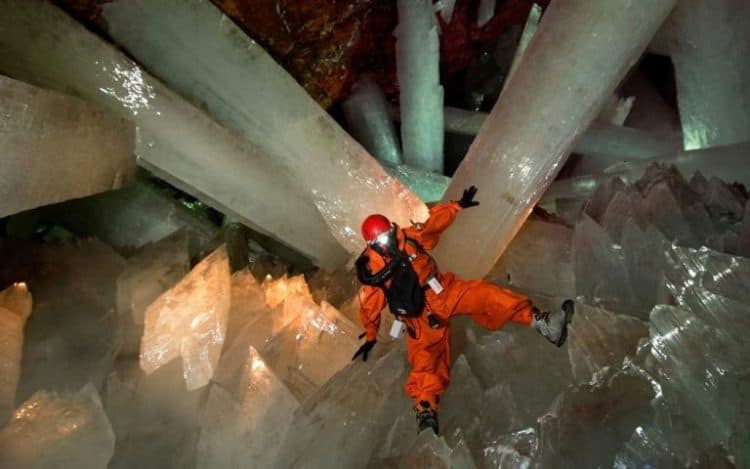 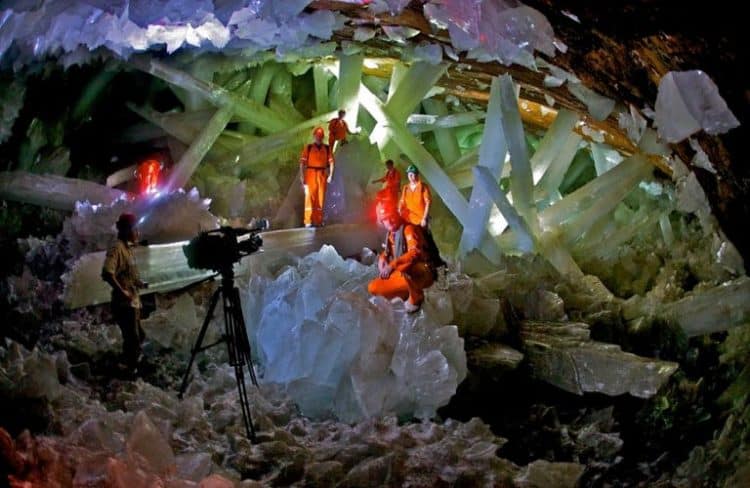 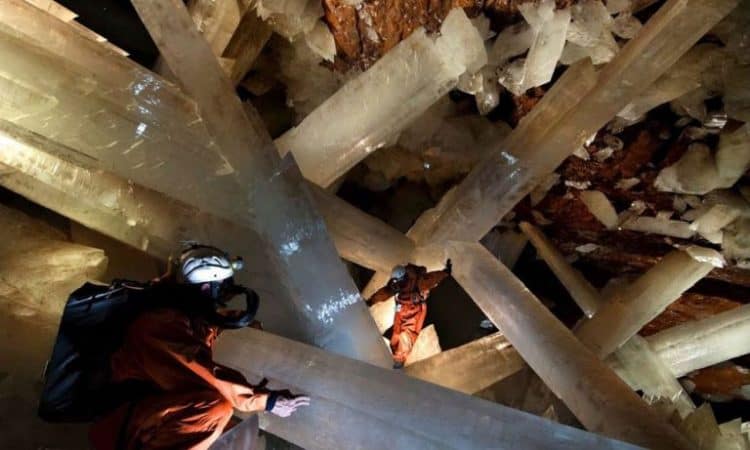 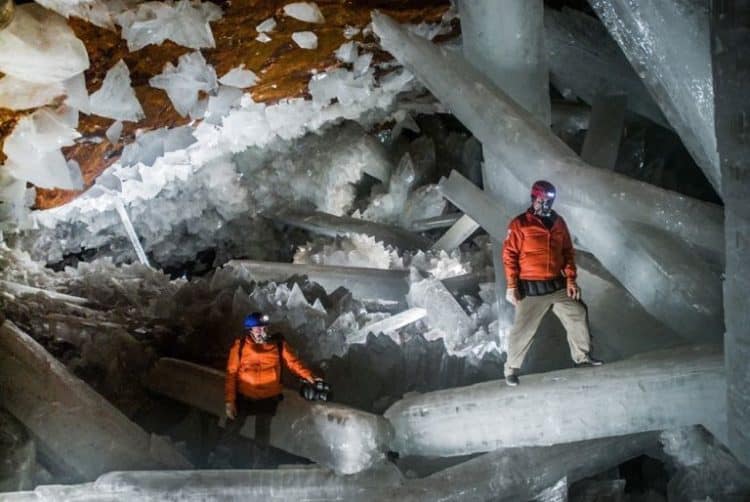 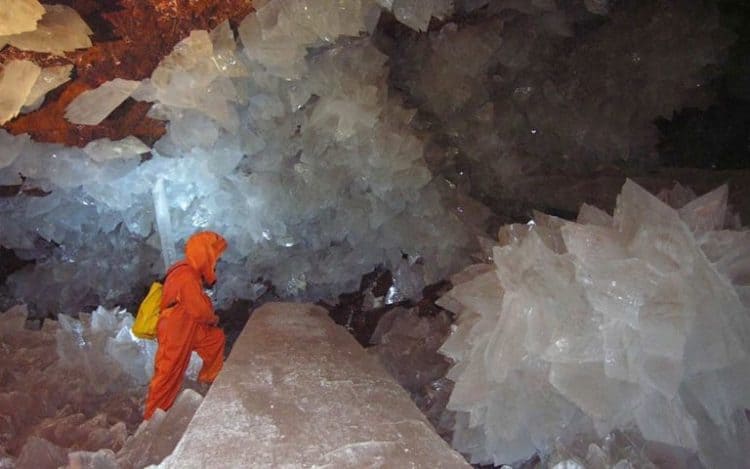 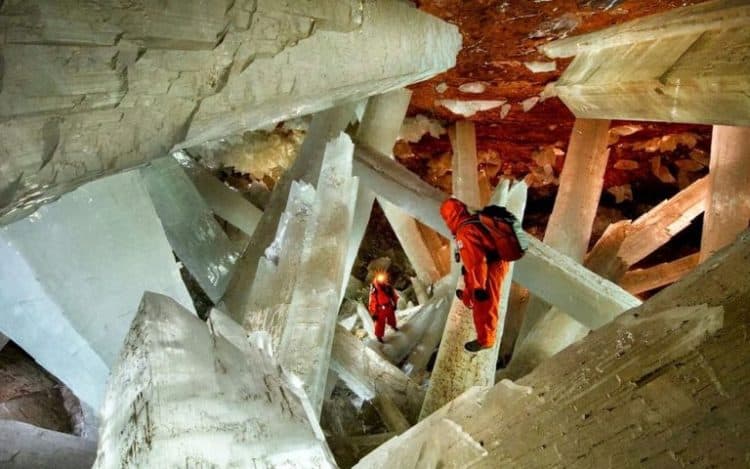 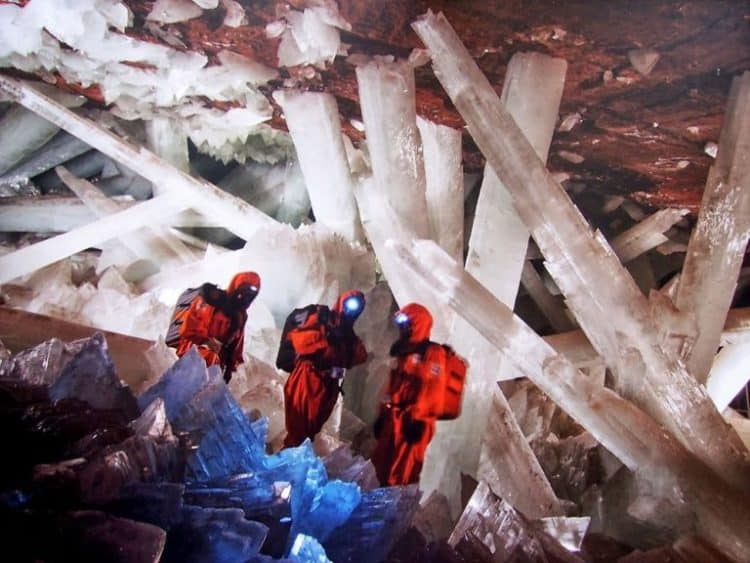 Gollum Sings “The Scatman” Thanks to AI Technology