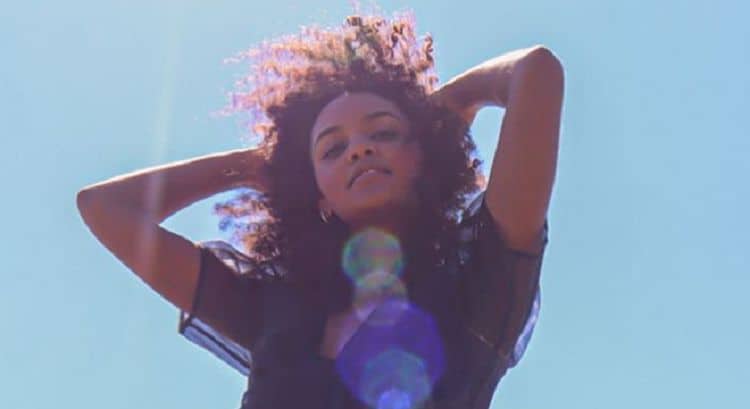 When newcomers start coming up in the business it’s easy to assume that some of them are going to be paid attention to and others are going to go by the wayside since it really depends on what kind of hype each person receives and what kind of movies and shows they show up in. Celeste O’Connor is going to have the chance of a lifetime eventually since she’s been added to the cast of one of the most anticipated movies in a long while. It does seem as though this is hers to lose as the opportunity that’s coming her way is something that many people are likely to agree is going to be something that could make or break her still budding career. Honestly if she does the work and seeks to mesh with the people she’s working with it will be positive experience that will elevate her in a way that will be nothing short of impressive.

10. She’s going to be showing up in the next Ghostbusters movie.

Ryan Scott of MovieWeb is one of the many that has picked up on the fact that O’Connor will be joining the cast of the next Ghostbusters movie, though there’s really no idea what part she’s going to be playing since at this time there’s not a lot of information on the movie or where everyone is going to fit in. A good guess seems like she might be Winston’s daughter, or granddaughter if they follow the timeline.

9. Her social media presence is on the rise.

Right now she doesn’t have a huge following on Instagram but it definitely seems like it’s going to be on the rise since her name being mentioned with Ghostbusters definitely makes it feel as though her numbers are going to simply explode after a while. A lot of people will come to know who she is in short order without a doubt.

Being this young she has a lot of time to build up a career and it would seem that she might be interested in really moving forward with a reputation that could become something very impressive and capable of sustaining her for some time to come.

This is uplifting to see since it means that she’s taking her future seriously and is trying to make sure that she has something in her life that might be a backup plan or something to supplement an acting career just in case things don’t go the way she wants. In this world that seems to be a good idea at times.

6. It would seem that she doesn’t have an established net worth just yet.

This isn’t too surprising since she hasn’t done much yet and likely doesn’t have much of a net worth to really calculate. Given a little more time and more projects under her wing it might be that she’ll be able to bring that worth up in a big way.

5. There’s not a whole lot of information on her right now.

Trying to find any hard information on her at this time isn’t all that easy since there’s not a lot to be had, but that will undoubtedly change in the days to come as she continues to be the trending subject that she already is on the internet.

4. She’s been in a couple of movies at this point in her career.

Celeste hasn’t really done much but she has at least a couple of credits on her resume that can be used as a means of saying that she’s been there and has done something. Now that she’s moving forward and will be taking on another role that will be impressive enough that it will keep her in demand for some time to come.

3. It seems as though she’s done a bit of modeling.

It could be that she has or it could be that her Instagram photos are just her way of appearing glamorous, which she can do without fail. But if she has been a model at all it’s not too surprising since like so many other actresses she has a certain poise that’s hard to miss and is definitely comfortable in her own skin when on camera.

2. As she’s not known that well it’s easy to assume that she hasn’t been embroiled in any controversies.

Given that her name hasn’t come up in any big posts or controversial articles it’s easy to assume that she hasn’t done or said anything that might have painted her as a problem child in the media. That’s a good thing for those that are looking funny at this entry.

1. She was born in Kenya and was raised in Maryland.

Some actors tend to move from place to place but then some tend to stick right where they are for a while, and she’s been around Maryland for most of her life.

It’s going to be fun to see what part she takes in Ghostbusters 2020.