Home
Anime
10 Things You Didn’t Know about Cells at Work! 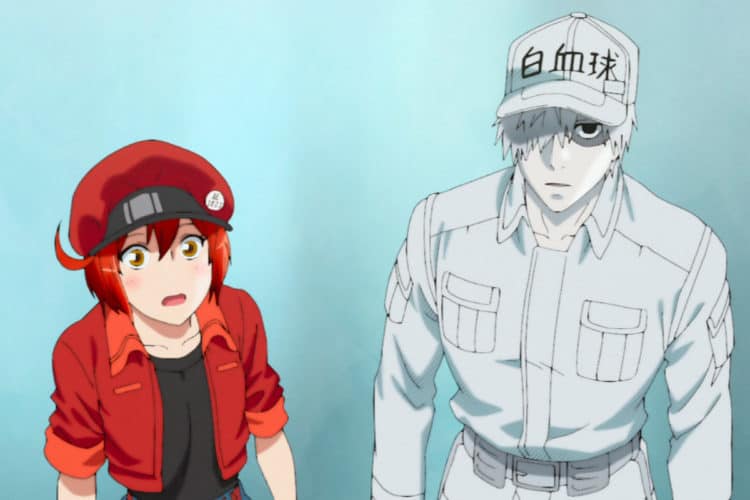 Who would have ever thought that someone would come up with the idea to create a series of graphic novels based on the cells of the body? For most people, the processes of the body go on day in and day out, with little or no thought on the part of the person who benefits from these processes. That’s precisely what makes Cells at Work so interesting. If you’re not familiar with it, it’s based on animated versions of red and white blood cells, telling their stories as they travel through the body simply doing what they do. Below are 10 things that you may not already know about this rather interesting concept, but you’ll undoubtedly want to know more about this particular project.

1. It’s all based on the work of Akane Shimizu

This is the person responsible for creating the idea for Cells at Work in the first place. Shimizu writes all of the graphic novels, which coincidentally produces the material that everything else is based upon. It’s definitely one of the more clever concepts to come along in quite a long time.

2. Currently, there are several volumes of graphic novels regarding this particular title

At the moment, there are five volumes in existence related to the light novels. As you’ll find out by reading through some of the following paragraphs, there are also a large number of additional adaptations based on the original works.

3. The work started appearing in manga a few years ago

Back in 2015, the material that had originally been in the graphic novels started being published as manga in a leading magazine. This is essentially what paved the way for all of the other projects that would follow, including adapting it as an anime series.

Just earlier this year, it was determined that a full-blown anime adaptation would appear. So far, several episodes have aired and they’ve been rather interesting, to say the least.

5. The project can definitely be educational

It would be incorrect to assume that all of the material involved with this project is fun and games. As a matter of fact, it’s actually quite educational. It’s a fun and entertaining way of learning more about how the human body works and overall, it does a very good job of explaining what goes on inside the human body each and every day.

6. It’s even being adopted into a stage production

The project has proven to be so successful that it’s even being adopted into a stage play. It’s going to be interesting to see how they do the set and the costumes for such a project, but like everything else involved with Cells at Work, it does promise to be interesting.

A lot of research has gone into the project because those responsible for it wanted to make sure that it was actually correct. This is not just a story that’s made up and passed off as something that’s correct. Instead, the time has been taken to make sure that the information depicted in this project is medically correct. That in and of itself is worth a great deal of respect.

8. Most of the anime episodes focus on a specific medical issue

Each of the anime episodes centers on something specific. For example, one of them centers on what happens in the body when cancer cells appear and another deals with a person getting a staph infection. Each one of those episodes deals with something similar and can help audience members better understand what their bodies are going through, largely without them having any knowledge of it.

9. It’s even been praised by medical professionals

Medical professionals, even surgeons, have actually praised the project because of its accuracy. They feel that it’s a ground-breaking method that is capable of better educating people about staying healthy and it does it all in an entertaining way so people don’t feel like they’re being lectured in the process.

While an exact release date hasn’t been nailed down, it is known that there will be additional volumes of the graphic novels, adding to the five volumes that already exist. That means that in the long run, there will be more source material for additional projects such as another season of the anime show, more stage productions and maybe even a movie.