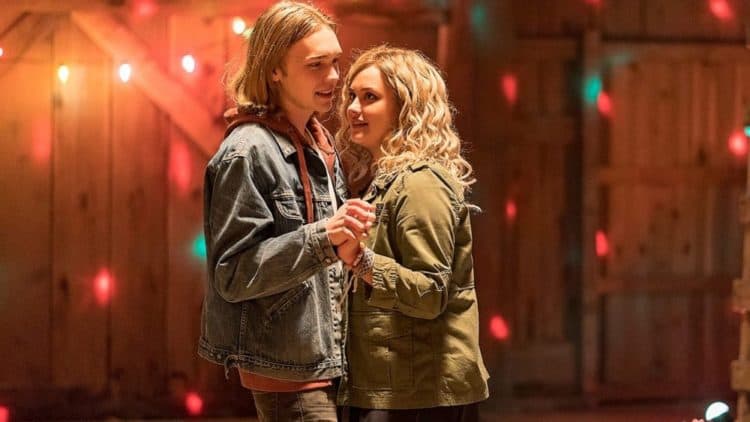 Even though he is often mistaken for a young version of Chad Michael Murray, Charlie Plummer is determined to carve out his own path. The talented young actor has been working professionally for a decade, but he didn’t get his break out role until 2019 when he starred in the TV mini series Looking for Alaska which was based on the John Green novel of the same name. In 2020, he starred in the film Words on Bathroom Stalls which solidified that he is the ‘it boy’ when it comes to angsty coming of age stories. With some great film projects in the works, Charlie has much more where that came from.  Continue reading for 10 things you didn’t know about Charlie Plummer.

When One Direction hit the scene 2010, it didn’t take long for them to become one of the biggest boy bands in the world. Although the group put things on pause in 2016, Harry Styles emerged as a solo star. In an interview with Another Man, Plummer shared that he is a big fan of Harry Styles’ music

Shyness is a quality that most people wouldn’t even think to associate with someone who works in entertainment. After all, getting on a stage or in front of a camera would be most shy people’s worst nightmare. However, Charlie, like many other actors, was very shy when he was younger. Acting ultimately ended up being one of the things that helped him come out of his shell.

3. He’s Not Actually A Teenager

At this point in his career, there are probably lots of people who are under the impression that Charlie Plummer is a teenager. Although his teenage years aren’t that far behind him, Charlie is really in his early 20s. With his youthful face, however, he can probably get away with playing a teenager for a few more years.

The characters Charlie has played may not be the most fashion forward, but in real life he’s got an amazing sense of style. He loves to express himself through his clothing and his fashion sense certainly hasn’t gone unnoticed. In 2018, he became one of the faces for the Dior Homme summer campaign.

5. He Isn’t Related To Christopher Plummer

Despite sharing the same last name as the legendary Christopher Plummer, Charlie isn’t related to the iconic actor. However, Charlie does come from a family with a background in acting. His mother, Maia Guest is a theater actress and his father, John, is a writer/producer.

6. He Moved Around A Lot As A Child

Due to his parents’ careers, Charlie spent a lot of time moving around when he was younger. He actually attended seven different schools during his time as a student. On top of moving so frequently, his childhood was also different than most due to the fact that he started acting when he was 10-years-old.

7. He Was Being Considered For A Role In Spider-Man: Homecoming

Can you imagine Charlie Plummer playing the role of Spider-Man? That was almost the reality. Charlie was on the list of actors being considered for the lead role in the 2017 film, Spider-Man: Homecoming. The role ultimately went to London native, Tom Holland.

8. His Favorite Things About Acting Are The Empathy And Compassion It Evokes

Almost every actor has a different thing they love the most about their craft, and Charlie Plummer’s answer might just be one of the most unique. He told As If Magazine, “For me, it’s all about connecting, empathy, and compassion, and I think those are the most important things in the world. That’s what has been the driving force for me and why I want to do it for the rest of my life.”

Charlie Plummer has probably found his way onto lots of people’s crush lists over the last couple of years, but he might already be off the market. During his interview with Another Man in 2018, he shared that he had a girlfriend of two years at the time. He didn’t share any identifying information, and a quick scroll through his social media doesn’t indicate whether or not he’s currently in a relationship.

Charlie may have moved around a lot when he was growing up, but he is originally from Poughkeepsie, New York which is located about two hours outside of the city. Growing up, he also spent lots of time living in Los Angeles and New York City. It’s unclear which city he is based in at the moment.