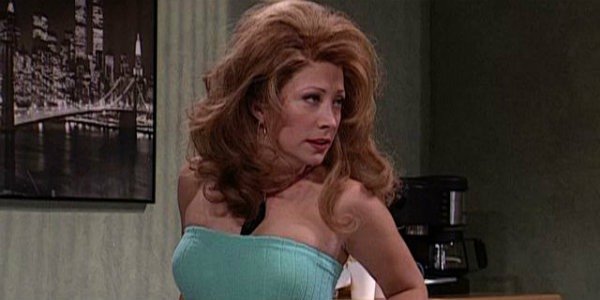 Acclaimed actress and comedian Cheri Oteri burst into the spotlight in the ‘90’s when she joined the regular cast of players on Saturday Night Live. During her 5-year tenure on SNL, Cheri became a firm favorite with her impressions of celebrities such as Ross Perot and Debbie Reynolds. Since her departure from the show, Cheri has secured a few roles on TV and Film, but her career has failed to achieve the same stellar heights as those of fellow SNL regulars, Tracy Morgan or Will Ferrell. To discover more about her career and life, read on.

Born in September 1962 in Philadelphia, Pennsylvania, Cheri was raised in Upper Darby, Pennsylvania (coincidentally, Upper Darby is also the hometown of her SNL cast-mate, Tina Fey). Cherie attended Archbishop Prendergast High School alongside siblings, Denise, Brian and Tommy Junior. At the age of 25, Cheri moved to Los Angles, where she worked as a coordinator in Promotions for A&M Records.

Cheri got her first taste of the entertainment industry as a member of the comedy troupe, The Groundlings. Formed in 1974, The Groundlings are an improvisational sketch comedy troupe with notable alumni that includes Jennifer Coolidge, Will Ferrell, Kathy Griffin, Lisa Kudrow and Kristen Wiig. In 1995, Cheri was spotted by a scout from SNL (who happened to be at a Groundlings performance to audition fellow player, Chris Kattan). Blown away by Cheri’s performance, the scout invited Cheri to her own audition. Shortly after, Cheri was invited to join the regular cast of SNL.

In 1995, SNL had a dramatic shakeup, with many regular cast members such as Adam Sandler, Chris Farley, and Mike Myers being shown the door. With the way cleared, SNL’s 21st season introduced us to a brand new line- up of talented comedians, including impressionist Darrell Hammond, goofball extraordinaire Will Ferrell, and the versatile Cheri Oteri. During her 5 years at SNL, Cheri was one of its most popular contributors, thanks in no small part to recurring characters like Arianna, the Spartan Cheerleader, and crazy pharmacist, Collette Reardon.

Alongside her ability to conjure up original personalities, Cheri’s work on SNL showcased her talents as a gifted impressionist. Her performances included uncanny impersonations of celebrities such as Katie Couric, Alanis Morissette, Debbie Reynolds, Barbara Walters, Cyndi Lauper and Jennifer Lopez, among others.

If Cheri’s presence on our screens has diminished in recent years, it’s not through want of trying. Cheri has been cast in several promising TV pilots since leaving SNL, but none have been picked up for a full season run. Among the list of doomed shows is Loomis (2001), in which Cheri played a California TV reporter, With You in Spirit (2003), set on a small TV show and featuring Cheri as part on an ensemble cast, and Stephen’s Life (2005) which saw Cheri as a school principle.

Cheri’s’ run of bad luck seemed to come to an end in 2002 when she secured a role in The Colin Quinn Show alongside SNL alumni, Colin Quinn. The show, a sketch comedy series, did at least air… however, it faltered early and was cancelled after just 3 episodes.

Not all of Cheri’s ex- SNL colleagues are fans. In the recorded audio-book version of his 2009 autobiography, I Am the New Black, Tracy Morgan called Cheri out for being rude on the SNL set, saying “There were people that treated me beautifully, like Will Ferrell and Colin Quinn and Molly Shannon – I love them. But Cheri Oteri and Chris Kattan – I never cared for them either”.

Despite some false starts in TV, Cheri has built up an impressive career on the big screen. Her first success came in 1997, when she played Jane in the Jim Carey vehicle, Liar Liar. She went on to start in a number of comedies and animated movies throughout the 1990’s and 2000’s, with her most recent roles coming courtesy of Bad Parent, Grown Ups 2 and F the Prom.

Since her departure from SNL, Cheri has become best known for her voice- over work. Her roles have included Sleeping Beauty in Shrek the Third, Doreen Nickle in the animated hit, The Ant Bully, Blobsnark in HBO comedy The Life & Times of Tim, and Kristy on TV Land’s animated comedy Glenn Martin DDS. In recent years, she’s also lent her voice to kid’s TV shows such as Puppy Dog Pals, Bunsen is a Beast, and The Adventures of Bunny Bravo.

In August 2008, Cheri’s father, Gaetano Thomas Oteri, a Nashville record producer, was found dead after suffering a heart attack and “significant laceration” to his wrist. His friend and publishing partner, songwriter Richard Fagan, was implicated in the death. Fagan was arrested on a drink driving charge after leaving the scene of Oteri’s death, and was later sentenced to rehabilitative therapy.