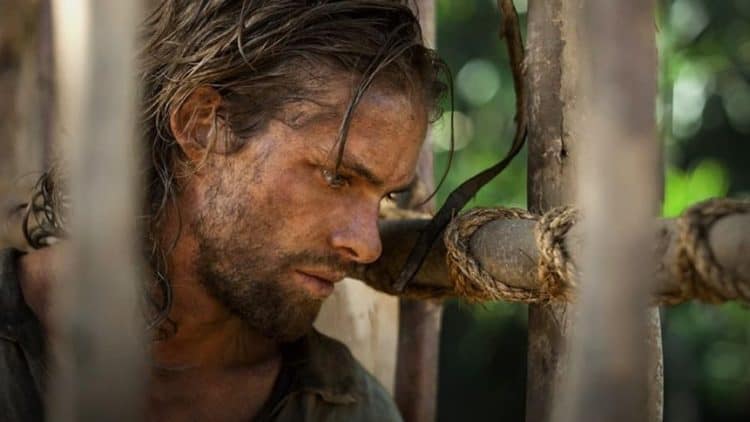 We’ve all heard that hard work pays off, and for Chris Fisher there’s definitely some truth to that phrase. The last several years of Chris’ career has been full of lots of bright spots. In 2016, he was cast as Benn Gunn in Black Sails, and the role helped establish him as a talented young star who is capable of doing lots of good work. Now he’s back again with the chance to show the world that he can do even more. He has a main role in the HBO series, Raised by Wolves, and fans are excited to see him back on the screen again. The show is a lot different from Black Sails, which makes it the perfect way for Chris to show his range as an actor. Keep reading for 10 things you didn’t know about Chris Fisher.

1. He Was Raised In South Africa

Even though Chris Fisher has had his fair share of TV roles, there still isn’t much information floating around about him. For that reason, many people may not even know that he is a native of South Africa. He was born and raised there and is currently based in Cape Town.

2. He’s Been In The Industry For Almost A Decade

Some people may think that his role on Black Sails was his debut appearance, however, he had actually been in the industry for a few years at that point. He made a small appearance in the 2011 film, Blue Crush 2, which, according to IMDB, marked his first on screen appearance.

3. He Loves To Go On Adventures

Chris isn’t the type of guy who likes to sit still for too long. He enjoys staying on the move and he is a very adventurous person who likes the challenge of trying new things and having new experiences. Whether it be performing one of his own stunts or exploring a new location, Chris is always up for a good adventure.

4. He Doesn’t Have A Large Following On Social Media

Chris has built a strong fan base since throughout his career, but unfortunately that hasn’t translated very well to his social media presence. Although he does have an Instagram account and is fairly active, he only has a little more than 2,000 followers. If Raised by Wolves becomes a hit, there’s a chance his follower count will increase.

Chris’ career isn’t the only thing he’s devoted lots of time to. He’s also a very dedicated family man who has a son and a longterm partner. Despite having a busy schedule, he spends as much time with his family as he can. It’s unclear whether Chris and his partner, Alexandra Talini, are married or not.

6. He Spends A Lot Of Time Enjoying Nature

No matter how much success he achieves, Chris is determined to stay humble and connected to the people and things around him. One of his favorite ways to do that is to spend time outdoors appreciating the beauty of nature. He loves to do things like go hiking, surfing, and horseback riding.

7. He Plays The Drums

Acting isn’t the only trick Chris has up his sleeve, he is also a huge music fan who has been playing the drums for many years. Although it doesn’t look like he’s released any music of his own, he loves to perform and has done so at different venues in South Africa.

Just when you thought you think you’re of all of Chris’ artist talents, he surprises you with another one. Chris also likes to draw and paint and sometimes even shares his work with his followers on Instagram. For Chris, art seems to be a way to decompress and relax.

Part of being a celebrity means that you’ll constantly have people who are interested in knowing your every move. However, Chris Fisher has never fed into this part of the entertainment industry. He likes to stay low key and doesn’t share much about his personal life. It also appears that he doesn’t do many interviews.

Bright lights and glamorous events aside, the entertainment industry can be a very dark and negative place. There’s no shortage of sad stories about actors who have gotten caught up on the wrong side of the industry. But even with the negativity and the ups and downs that come with a career in acting, Chris likes to focus on the good things and he does his best to maintain a positive attitude and be grateful for the opportunities he’s had.