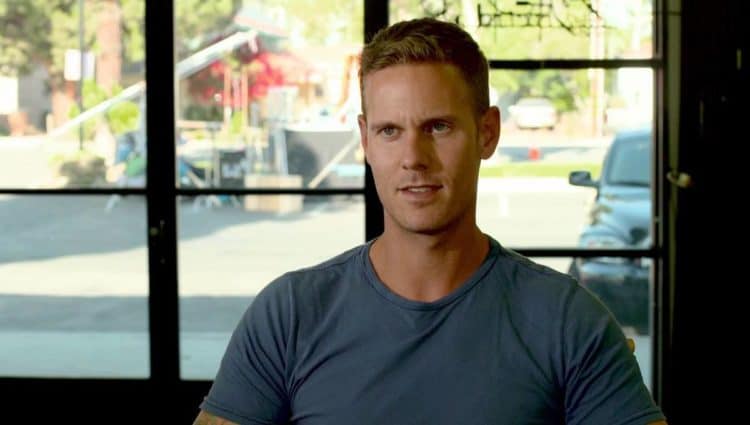 It’s a shame sometimes that screenwriters don’t always get that much credit but to be honest most of them seem to really enjoy what they’re doing and they do manage to get paid pretty well for what they do sometimes. Christopher Landon has done a good deal of work in the course of his career and has shown the kind of talent that has made the profession into something that’s worth noticing since he’s been involved in a good number of movies that have earned him a great reputation and a good deal of notice. Born and raised in California he’s been near show business since he was a young child, so in a way it was almost expected that he would find himself drawn to some part of it, though the direction he took might have surprised some folks even as it was likely to make his parents proud of him.

Here are a few things about Christopher that you might not have known.

If you didn’t get the hint by reading the name then you’re either too young or you didn’t watch Little House on the Prairie when you were younger. He is the son of the famed actor and has a few siblings as well, one of them being the actor Michael Landon Jr. It’s not a huge name to live up to at this moment but it’s still one that a lot of people tend to recognize.

9. Apparently he’s not that big on acting.

It’s not that he has no respect for acting, but he’s been around it so long thanks to his father and his family that he’s discovered that he much prefers what he’s doing now to acting since it’s more aligned with what he wants to do with his life.

8. People have actually asked him what his father might think of him being gay.

This seems like a very bold question for anyone to ask another person but it’s also fair if you really think about it since it is an interesting question as well. But he’s already stated that his father’s views were far more liberal than a lot of people thought and he believes that his father would have accepted his sexual orientation without any major issues. Your kid being gay doesn’t mean you love them any less.

Christopher is at that point in life where being well-established is kind of key but being flexible enough to continue to roll with the industry he’s in is also just as important. He’s obviously done quite well for himself so it seems like he’s in a good spot.

6. Unlike his father he decided to focus his talents on the other side of the camera.

Some folks might have thought he would take to acting like his brother Michael Landon Jr., but Christopher didn’t see himself standing in front of a camera when he was younger, preferring to sit behind it and direct the action, or write the story that would take place. You’ve got to admit by looking at the stories he’s written or helped write that he made the right choice.

5. He directed one of the Paranormal Activity movies.

Christopher wrote for all four of them but only directed one. People were absolutely terrified of these movies when they first came out so obviously he and whatever other writers he was working with have some serious talent when it comes to crafting a story.

4. Christopher wrote for both Happy Death Day movies but only got credited for one.

It’s kind of odd to hear that anyone goes uncredited when it comes to a movie but it does happen quite often and he wasn’t credited for the first movie but he did get credit for the second. At the very least he seems to love what he’s doing so being credited might not be a huge issue all the time.

3. He has a modest following on social media.

He has just a little under eleven thousand followers so it’s apparent that a few people know who he is and care enough to follow him. That doesn’t seem to detract from his career at all though, so maybe he’s just not into social media as much.

2. Apparently his net worth is under review.

This could mean a few things but usually it means that it’s still being assessed or even that he doesn’t want to make it a public thing. In truth it’s not really anyone’s business how much he makes, but every now and then a high net worth can be really impressive.

1. He was still a teenager when his father passed away.

Christopher was only 16 when his father passed away from pancreatic cancer, so it’s obvious this had to be a little difficult. It does seem fair to say that his father would be proud of him though.