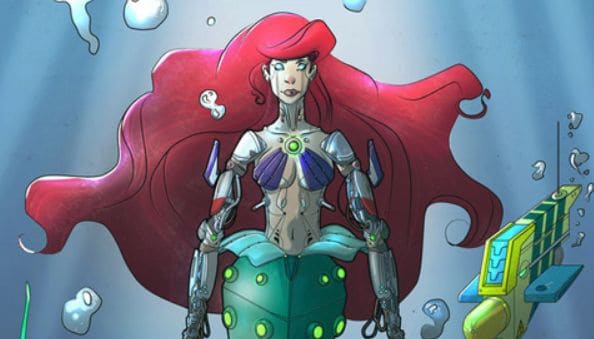 Disney princess fan art has been a popular mainstay on the internet for a while now. In fact even battle princesses have been an ongoing trend, but what Sean Lenahan has created here is something very unique and quite awesome. If you really look at it we’ve seen Disney princesses as Jedi and Sith, in Game of Thrones gear, as zombies, as darker versions of themselves, superheroes, with tattoos, and everything else you could imagine. This representation however brings to mind something along the lines of a few live action movies that could easily be vehicles for the manner in which these princesses are being shown.

Personally I think it’s pretty cool and one of the best parts is that when battle princesses are shown, it’s almost always with a practical lean towards their style of armor and how much it covers. It’s all for show and made to look awesome, but the idea that these princesses could wade into battle is still pretty cool, unless of course they’re dressed so skimpily that wading into battle would be tantamount to suicide. The bared midsections, the excessive skin showing, none of it is that realistic when it comes to warfare and it simply makes the princesses into sex objects for adolescent males to drool over. Those artists that take a different and more practical approach are to be appreciated both for their artistry and their attempt at some type of realism. 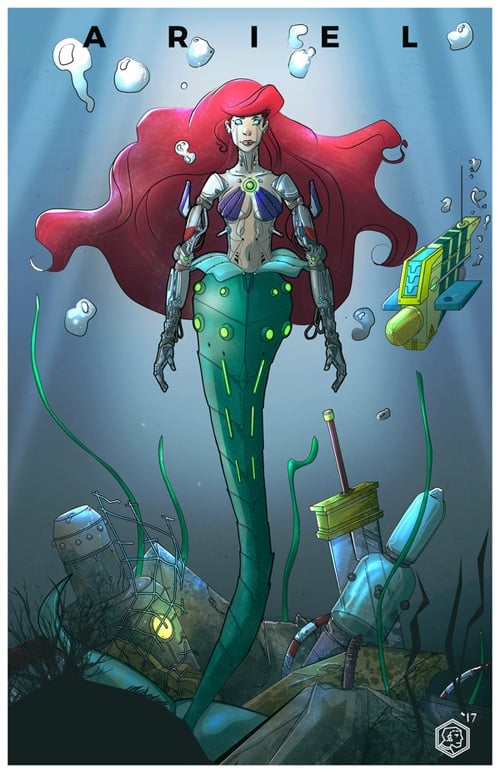 Seeing Ariel in this light makes me think a lot of Pacific Rim with the Jaegers and the Kaiju. Obviously she would be an aquatic Jaeger, though it seems like she’d be an independent machine that doesn’t need pilots. As to what I said about a bared midriff and scanty clothing, it doesn’t apply so much here since you can see that her bared skin in this case is a hard metal shell. She looks like she could dish out some pain. 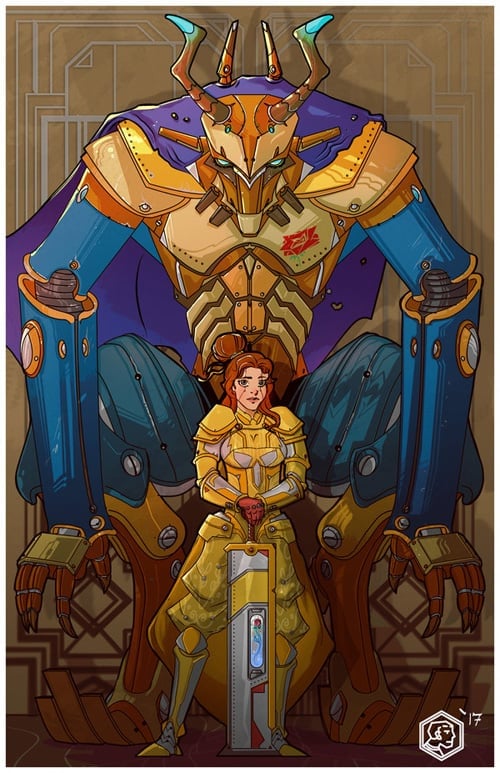 This one reminds me more of a Gundam warrior, and Belle’s sword gives the impression of a Final Fantasy weapon. She’d be the voice of reason and the last line of defense while Beast would be the guy that goes on the offensive. I wonder if he’d have any special weapons, like maybe a sonic roar or some gadget that could allow him a slight advantage on the battlefield. 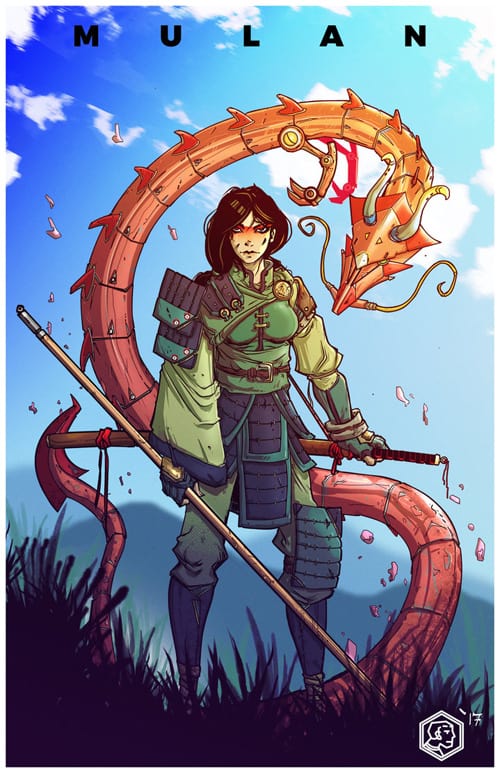 Can’t say as this reminds me of anything right off the bat but I do like how Mulan is going old school and Mushu is done up in the metallic look. It gives them both a very serious and tough look that says ‘walk away’. Mulan is no doubt one of the toughest of the princesses and one of the only ones that is technically not a princess. But she’s still treated as an honorary royal thanks to the fans.

To be honest I’d love to see what Merida, Jasmine, Kida, and possibly Moana would look like after being drawn by Lenahan. Considering they’re all pretty tough and strong-willed it would kind of an interesting picture.