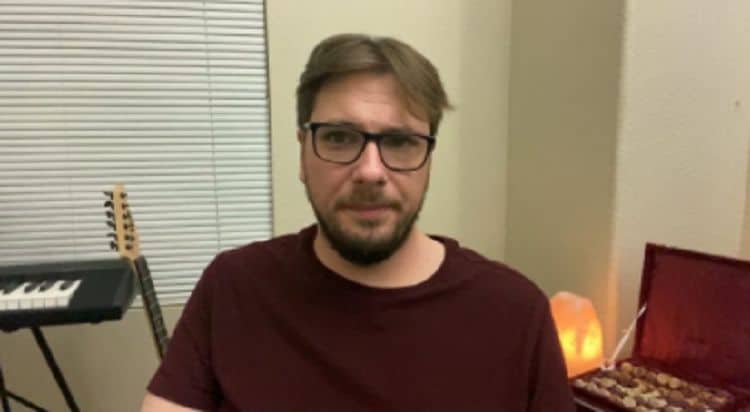 The 90 Day Fiance franchise has become widely known for its bizarre cast members. However, Colt Johnson is one of the most infamous of them all. Since his first appearance on the show, fans have been captivated by the Las Vegas resident. At first, he seemed like a sweet and innocent guy who let his mom live with him so she wouldn’t have to be alone. On top of that, he was working hard to bring his fiance at the time, Larissa, over to the United States. However, it quickly became clear that Colt probably wasn’t as innocent as he seemed. Although his relationship with Larissa didn’t work out, Colt wasted no time moving on and it looks like he also didn’t waste any time getting back to his old ways. Continue reading for 10 things you didn’t know about Colt Johnson.

Since 90 Day Fiance’s primary focus is Colt’s romantic relationships, we don’t get to see much of his personality outside of that. Apparently, Colt is also an artist who enjoys painting colorful cartoon-like scenes. He even sells postcard size prints of his work via his Instagram account.

2. He Makes Videos On Cameo

Whether you love him or hate him, there’s no denying the fact that Colt has built a very big fan base since being on the show. Colt has an account on a platform called Cameo which allows him to record and sale customized video shoutouts to his fans. He has currently done over 250 videos and has a 4.9 star rating.

3. His Father Passed Away

The extremely tight bond between Colt and his mother has led many people to believe that she raised him all on her own. However, that isn’t the case. Debbie was married to Colt’s father, but unfortunately he passed away. Colt hasn’t opened up much about his father, but an Instagram post revealed that he’s been dead for quite some time.

4. He Is Working On His Weight Loss Journey

It’s no secret that Colt has struggled with his weight. The sad reality is that shedding the pounds is much more difficult than gaining them. However, Colt is determined to get himself in better shape so that he can feel healthier. He has started working out and at one point he had hired a trainer.

5. He Worked In The Gaming Industry

Like most of the other people on 90 Day Fiance, Colt’s career has very little to do with his storyline. At different points, it’s been mentioned that he is some sort of engineer. In one episode he even explained that he did some kind of work with slot machine software. However, according to his LinkedIn profile, his most recent place of employment was listed as Konami Games where he was a software engineer until April 2020.

6. He Has A Degree In Computer Science

Colt definitely has the education to back up his career path. He attended Digipen University of Technology where he earned a bachelor’s degree in computer science in 2014. He also minored in math. Unlike lots of other people, Colt was lucky to find a job within the field he actually went to school for.

7. His Ex Accused Him Of Leaking Her Nudes

Not only do Colt’s relationships tend to not work out, they also seem to usually end on a really bad note. Since her divorce from Colt, Larissa has had lots of bad things to say about Colt and how he treated her. His recent ex, Jess, also didn’t have nice things to say about Colt. She claimed that he leaked nude photos of her as revenge.

8. He Loves Interacting With His Fans

Colt is definitely enjoying his time in the spotlight and he isn’t taking it for granted. He has lots of appreciation for all of the people who have supported him during his reality TV journey and he loves interacting with them. He even encourages people to send him mail to his PO Box.

9. He Knows His Mom Can Be A Bit Much

If you’ve seen Colt on 90 Day Fiance, you know that his mom has also become a reality TV star. Debbie once seemed like a loving and concerned mom, but now viewers believe that she is controlling and jealous. Colt seems to recognize that his mom can be a lot to deal with, but he doesn’t let that impact their relationship.

Apparently, Colt isn’t the only star in his circle. A recent picture on Instagram revealed that he is good friends with Nick Hogan, the son of legendary wrestler, Hulk Hogan. Colt’s mother has also referred to Nick as her nephew although it doesn’t appear that they are actually related.