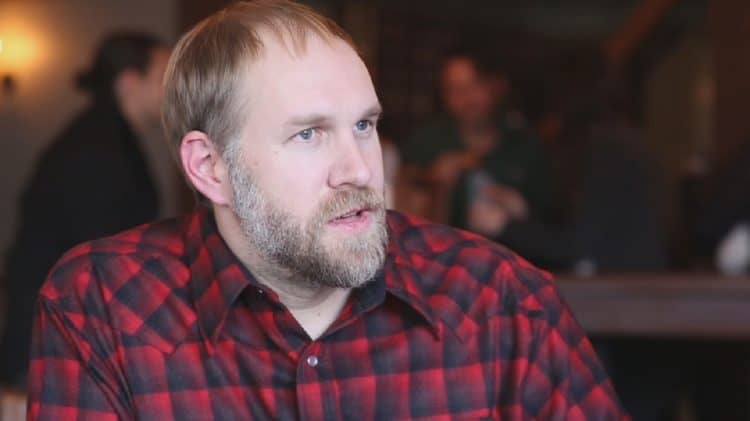 There are great filmmakers, directors, scriptwriters, and actors behind the great movies and shows that you enjoy. Roger Craig Zobel is amongst the names of these filmmakers that continue to produce films and shows that will never cease to blow our minds. Craig Zobel has a particular interest in making kick-ass professional music videos, television shows, and blockbuster movies. Most of his works have always been impressive and praiseworthy thus have done well in the market. However, according to Variety.com, his latest work, “The Hunt” has been drawn into a controversy. The movie has invited claims that it is bound to incite violence. Furthermore, there are claims that it could be amongst the many factors that could have fueled the recent rampant mass shootings in the USA. A keen look at the now controversial filmmaker will reveal the following facts about him that you probably did not know.

As published on his Wikipedia profile, Craig Zobel was born on the 6th of October 1976 in New York City. However, his parents relocated to southern Atlanta, Georgia, where the star grew up and got an education. It is here in his home town that he even met some of his current associates such as David Gordon Green.

Despite having celebrity status, Craig Zobel has managed to keep the paparazzi away from his relationship life. There are no records of his family, wife, or known children. Furthermore, such information is challenging to acquire since the celebrity is not very active on social media. However, there are allegations on most of his recorded profiles that the star is not yet married.

From a young age, Craig Zobel had a soft spot for films and television shows, and it was his dream to pursue that line of work sometimes in future. Consequently, after graduating from his high school in Georgia, Craig Zobel joined North Carolina School of the Arts. Here he pursued a course in film, and he went on to graduate. It is actually in the North Carolina School of Arts that he met David Gordon Green with whom he has collaborated in many projects.

Fresh from college and with an overwhelming thirst to make it in his career, Craig Zobel did not waste time but joined his already established colleague Green in his several projects. Alongside Green, Craig Zobel was involved in his first projects, “George Washington,” “All the Real Girls,” and “Undertow.” These films were produced between 2000 and 2003. Craig Zobel plated several roles including co-producer, second unit supervisor and production manager. These projects did relatively well in the market and to some extent, helped in placing this celebrity on the pathway to his current success.

At the start of his career, Craig Zobel lived in the shadow of his friend David Green and had no individual work of his own. Furthermore, he was not involved in any creative work, and all he did was to serve in the production or directing departments. However, in 2007, he made his debut as both the writer and director of the show “Great World of Sound.” He co-wrote the show alongside George Smith.

Craig Zobel has worked his way to the top of movie production from way back in 2001. He has been involved in many projects, and some of the notable ones include “Letter from My Father,” “Great World of Sound,” “Compliance,” “Prince Avalanche,” “Z for Zachariah” in the film category. Furthermore, he has been at the heart of the production of the following television shows; “The Leftovers,” “Outcast,” “American Gods,” and “One Dollar.”

Craig Zobel is not a social media enthusiast like most of the other celebrities. Furthermore, his following on social media platforms is not a highlight in his career. He is very inactive on the popular Instagram platform with no posts at all and an underwhelming number of followers. The only platform that he seems to be active on is Twitter, where he is always posting and mobilizing support for his projects. His Facebook page is also not as active as you would expect of such a high caliber celebrity.

Craig Zobel’s works are always impressive and appealing to his intended audience. As such, the celebrity has won multiples awards. Craig has been nominated in many award categories in America and beyond. According to IMDB, Craig Zobel has won the following awards and nominations. The celebrity scooped the “2012 Special Jury Award” in the Amazon Film Festival and later on in 2016 won the “Gold Derby TV Award” in the famous Gold Derby Awards. Furthermore, the star was the proud winner of the 2007 “Gotham Independent Film Award” as a breakthrough Director. Craig Zobel was also a winner of “Critics Award” in Sarasota Film Festival. In addition to these prestigious awards, Craig Zobel has also made the cut for nomination in other multiple festivals. These nominations include Stockholm film festival, Sundance Film Festival, Milwaukee Film Festival, and Gotham amongst many others.

Craig Zobel also is identified with the famous “Homestar Runner” which he co-produced with his partner Mike Chapman. The idea was allegedly born of a visit to a bookshop while the two individuals were on some jobs where they were inspired to mimic children’s books. The project is an animation that blends humor with pop culture.

Craig Zobel’s projects have amassed a lot of money for him, and his career is on the right trend financially. According to Allstarbio, this star’s net worth as of 2019 is $5 million. He said to have earned the following amounts from some of his works: Prince Avalanche-$442,313, Compliance-$319,285, Z for Zachariah-$121,461. He makes an annual income of around $115,920.