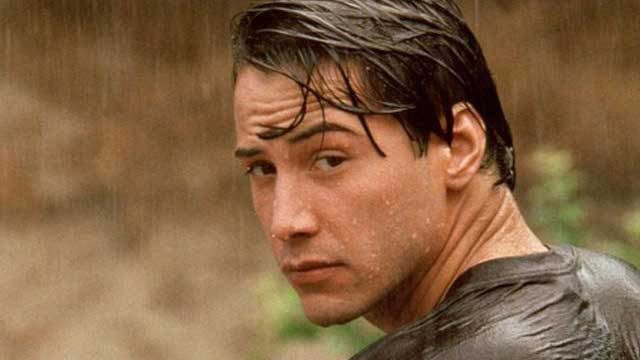 If you thought that the sexual harassment accusations being handed out left and right were getting out of control you should take a look at one of the craziest lawsuits that Keanu Reeves has ever had to deal with. Stars are expected to be used to diehard fans acting a little crazy, but there are times when people tend to go above and beyond. Apparently some fans of Robert Pattinson have offered up their blood to him, while several stars have had underwear thrown at them while they’re onstage. Would that be deemed as sexual harassment on the part of women? Or would it be considered a form of adulation. Oh yeah, there’s a slippery slope.

Anyway, at one point in Reeves’ career a woman attempted to slap him a paternity suit, claiming that he’d fathered all four of her children. Her explanation for this was that he’d somehow hypnotized her into thinking that he was her ex-husband. Because you know a guy like Keanu Reeves would have to hypnotize a woman to get her attention and go all the way. That might sound callous but the explanation is flat out ridiculous. This woman went so far as to get a paternity test and demanded three million dollars a month for child support and one hundred and fifty a month in retroactive child support. I get the fact that child support is based upon what the father can afford, but this seemed more than excessive. It seemed like she might be banking on the possibility that he’d want to settle out of court.

Thankfully the suit was dropped when Keanu took a DNA test that affirmed that the kids weren’t his. Despite only one case being mentioned here I can only imagine that other women tried to think of this as their way to easy street. In light of the sexual harassment suits floating around Hollywood like a dense fog these kind of stories don’t seem to get a lot of play however, which is kind of odd. I won’t dare say that the sexual harassment and misconduct that so many women went through was false or in any way less for what they had to deal with. But it’s a bit strange that stuff like this doesn’t come up at the same time. However little it happens women that blow the whistle and are completely in the wrong for doing so are harming the causes that women who have truly suffered are championing. Or at least it seems like they might be.

I can kind of see why the ex-husband of this woman wouldn’t stand up initially and say something, he might have been rightfully embarrassed and didn’t want to get into the middle of it. But truthfully it could have done a world of good had he claimed his own kids in that moment. But that’s another story.

Out of all the problems that celebrities likely have to face this has to be one that’s not only costly, but supremely annoying.