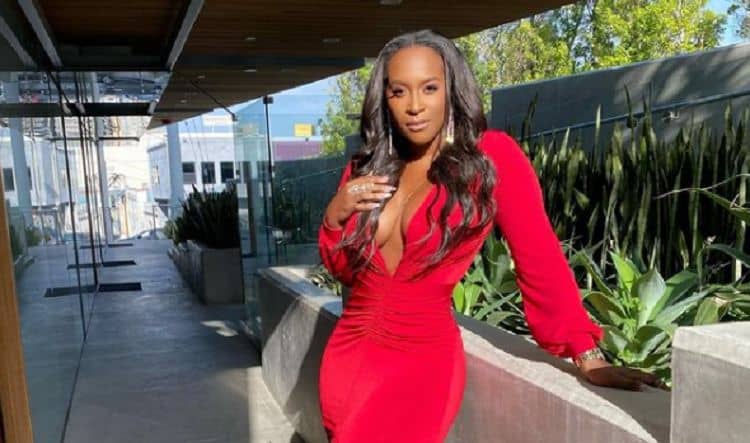 You may not be familiar with Cree Campbell just yet, but there’s a very good chance you’ve heard of her father, Luther Campbell AKA Uncle Luke. Uncle Luke rose to prominence in the late 80s as the frontman of the hip-hop group 2 Live Crew. He is responsible for giving us songs such as “Pop That” and “Me So Horny”. He’s also the reason explicit albums must have a parental advisory sticker. Now, however, it’s Cree’s turn to be in the spotlight. She recently joined the cast of the reality TV series Growing Up Hip Hop, and she’s ready to show the world that she’s much more than just Uncle Luke’s daughter. Keep reading to learn 10 things you didn’t know about Cree Campbell.

She may be known to the world as Cree, but her full first name is actually Lacresha. According to meaningofthename.com, the name Lacresha (sometimes spelled Lacretia or Lucretia) means “succeed”. As you continue to learn more about Cree, you’ll probably agree that she’s definitely living up to her name.

Cree was born and raised in Miami and she’s very proud of her city. However, she also likes to get out and see other parts of the world. She has been fortunate to travel to different areas of the United States as well as other countries. Some of the places she’s been to include Dubai and Mexico.

3. She Is All About Her Business

Being a boss is something that just comes naturally to Cree. She is a successful entrepreneur who has been involved in several businesses over the years. Most notably, she runs an event planning company and she has put together events for some very well-known entertainers including the City Girls.

No matter what’s on Cree’s agenda for the day, you can bet that she is going to show up and show out. She has a great sense of style and she loves being able to put outfits together and show off her personality. She isn’t afraid to take risks and try bright colors and bold patterns.

5. She Is A Private Person

Just because Cree has joined the cast of a reality TV show doesn’t necessarily mean that she’s the type of person who likes to put all of her business on blast. Instead, she appears to be a very private person and she hasn’t shared much about her personal life on the show or on social media.

6. Growing Up Hip Hop Isn’t Her Only TV Experience

Growing Up Hip Hop is probably the first time a lot of TV viewers are seeing Cree, but it’s not actually the first time she’s been on a reality show. She was a cast member on her father’s short-lived reality series called Luke’s Parental Advisory which aired for one season in 2008.

7. Uncle Luke Isn’t Her Only Connection To Hip Hop

It’s no secret that Cree is Uncle Luke’s daughter, but many people don’t know that he isn’t the only thing that ties her to hip-hop history. Her stepfather, Ted Lucas, is the founder of the legendary record label Slip-n-Slide records which is responsible for artists like Trick Daddy and Trina.

8. She Has Several Siblings

If you were to watch Cree on Growing Up Hip Hop, you may fall under the impression that she’s an only child. However, that isn’t the case at all. Her father has five other children, and it’s unclear if her mother has any other children. That said, it doesn’t appear that any of Luke’s other children will be featured on the show.

9. She And Her Dad Don’t Have The Best Relationship

On the surface, having a famous parent seems like one of the coolest things in the world. Unfortunately for Cree, that hasn’t exactly been her experience. She and her father have a very tense relationship and at one point Luke denounced all of his children except one son. From what we can tell, the two don’t appear to be in consistent communication. Cree, however, has a really close relationship with her stepfather.

10. She Loves To Stay Active

Taking good care of her mind and body are two things that are very high on Cree’s priority list. During an interview with Pretty Women Hustle Online, Cree said, “Health and wellness are vital to me because I’ve seen the downside of not being healthy when it comes to family members suffering from high blood pressure and heart disease. This all stems from not living a healthy lifestyle.”