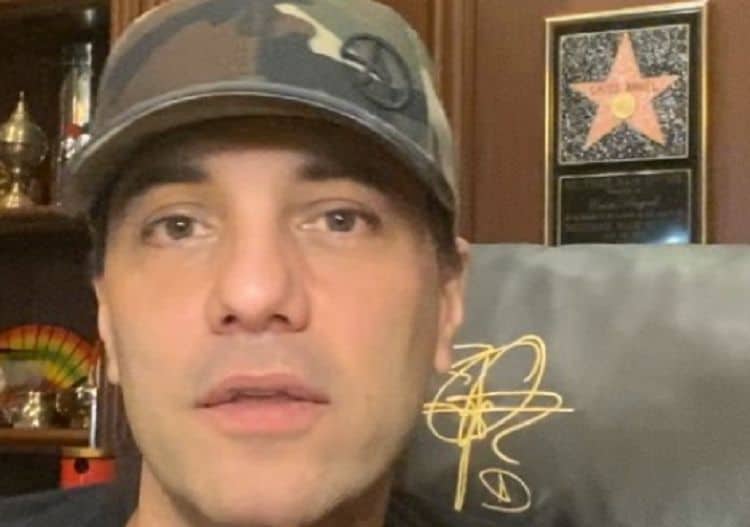 Criss Angel was born, Christopher Nicholas Sarantakos on December 19, 1967 in Hempstead, on Long Island, NY. Although he is American-born, he has a Greek heritage. Angel is an incredible magician, illusionist, and musician. Angel’s love of magic started young, and his amazing acts and performances have taken him to stardom beyond what he could have even imagined. Angel has been featured on many shows and networks. His home base is currently in Las Vegas, Nevada, where he performs stage shows. The mesmerizing magician and illusionist credits Harry Houdini for his interest in magic, and his love of this unique gift has proven to pay off as he is one of the most notable magicians of our time. You’ve probably hear of this talented illusionist, or maybe have seen his acts, but here are 10 things you didn’t know about Criss Angel.

Angel’s acts are hard acts to follow and if you’ve seen any of them, you’ve probably wondered the same thing most people do; “how’d he do that?” To let his fans in on some of his tricks, according to his website, Criss decided to let some of his tricks, out of the bag. He got together with IdeaVillage in 2010 to create a collection of his tricks. The collection includes, 250 tricks, six Mindfreak magic trick instructions, (taught by Criss himself) and a magic kit for kids. Knowing it would be a hit, the kit was backed by $50 million in marketing.

Young Criss Angel remembers being interested in magic as early as seven years old. He was just twelve when he put on his very first show and received a meager $10 for his performance. His popularity grew, however, and at age fourteen, he was performing for students in high school restaurants. The first real illusion he performed involved his mother. He made her float in their family room.

Angel got his first TV spot in 1994 on a magic show titled, Secrets. The performance quickly led to other bookings, including shows like, The Science of Magic, and Lord of Illusions. Despite his gaining popularity and recognition, the real spotlight didn’t shine on Angel until 2002 when he performed a daring phone booth filled with water act, where he stayed submerged in it for more than 24 full hours while chained. The illusionists eventually released himself from the chains and made his way out of the booth, but he went through 16 oxygen tanks to do it, and suffered from severe dehydration from the ordeal.

Angel has talent beyond magic and illusion. He can sing, too. In his spare time, Angel performed in a band known as Angeldust. Angel was the lead singer of the band and the music they played was considered to be ‘industrial.’ Angeldust released five albums between the years of 1998 and 2003. Even more interesting is that Angel is also an author. Angel wrote the book; Mindfreak: Secret Revelations in 2007, and it made it to the Los Angeles Best Sellers List that same year.

5. He dated a Hugh Hefner girl

Holly Madison was a popular name associated with the infamous Hugh Hefner. She was one of his girls and living in his mansion for some time. Angel met Madison in 2008 and the two struck up a relationship, however, the relationship didn’t last too long as they called it quits in February of 2009. It is said that Madison made a comment to People Magazine after the breakup, claiming that she wouldn’t date anybody again.

6. His his ex’s nickname tattooed on his chest

Angel has the name, “Beli” tatooed on his chest. Beli is the nickname of his ex-girlfriend, 28 year old Belina Peregrin Schull. Schull is a Mexican singer at the two were talking of an engagement when the relationship ended. Angel met Schull while perfoming his show, Trick’d Up on A&E in Mexico in November 2016. He was 50 years old at the time. The relationship may have ended, but until he has the tattoo removed, he’ll always be reminded of his time with her.

7. He’s had more primetime air time than any magician

There have been plenty of magicians through the years who have come along and impressed the public and the networks, but none like Criss Angel. During Angel’s career, it is said that he has accumulated more hours on primtetime TV than any other magician in history. These hours are tallied from all the TV series he’s been a part of, as well as all of the specials he’s done on regular networks, and on cable.

When you have the kind of skills Criss Angel has, it really is no wonder he has some world-records with his name on them, all of them of which he made while performing his magic acts at scheduled performances. If that isn’t impressive enough, Angel was also given the title of Magician of the Decade in 2009, and the following year in 2010, he was named, Magician of the Century by the International Magicians Society.Â  Â

9. His son was diagnosed with Leukemia

Angel kept his son secret for some time. It wasn’t really until his son was diagnosed with Leukemia in 2015 at the age of two when he let it be known that he even had a son. Johnny is his name and he is Angel’s oldest son from his marriage to singer, songwriter, Shaunyl Benson. According to Yahoo, Johnny was said to have been in remission for nearly 11 months when the cancer unfortunately returned. Angel explained in an interview that his son was starting back on treatments and appreciated everyone’s thoughts and prayers.

10. He’s staying close to his ex-wife

Angel kept his relationship to Shaunyl Benson a secret, during their marriage and after the divorce, which incidentally, took place just at year after their marriage. Nothing was known about her or their son, however, the devastating diagnosis of cancer for their little boy brought them back together and since then, the couple has gotten very close again and are remaining close for the sake of their son. According to Celeb Tattler, Angel talks about how happy it makes his son to see his mom and dad together, and that is all that matters to Angel right now, is to see his son happy.