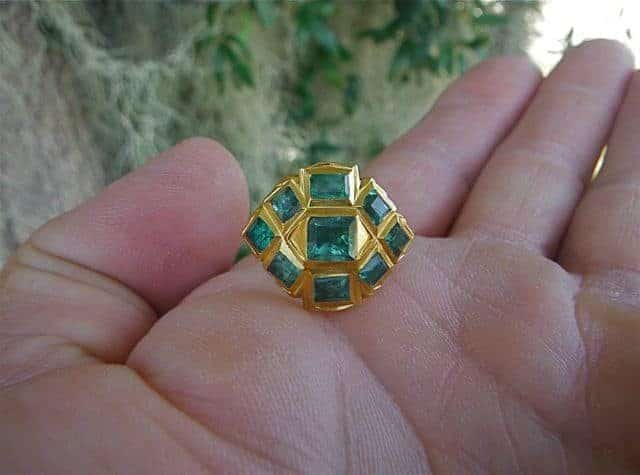 Gary Drayton is one more person that’s been around a bit when it comes to treasure-hunting and has been to Oak Island, though thankfully the fabled curse hasn’t taken him yet. The curse is in reference to how many treasure hunters have visited the island and have been killed trying to find the treasures that it is reported to have hidden away over the years. Thus far there have been a few interesting finds that have made the continued trips worthwhile, and the famed Money Pit that is spoken of so often is still being sought out, as a fortune the likes of which King Solomon is said to have back in his day would bring a great deal of notoriety and a very handsome price if one were so inclined as to name it. Gary Drayton has made it a habit to take his skills to areas in which people have deemed impossible to search or utterly hopeless.

It’d be interesting to see just what he see’s when he’s deciding where to go next.

As a child he would go mud larking on the river banks near his home. In short mud larking is the process of raking through the mud to find old artifacts, which might have included mostly bottles, clay pipes, and other such findings that could possibly be worth something. The thrill of it however is no doubt what drew Gary and kept him interested for so long.

He’s been dubbed a ‘metal-detecting ninja’ by those who know him, mostly because he seems to have a knack for the job and can find things when others can’t. This would indicate that he knows when to pay attention and what to look for wherever he might be at. The clues of the job are all around a person if they know how to look, and understand the terrain.

Gary constantly posts his findings on his channel so that people can see them and can listen to the story of how and where he found them. Some of the pieces are undoubtedly quite interesting and carry a rather detailed back story to them, while others might have just been seen as personal achievements or something equally worth noting to his fans.

2. He enjoys searching the hard to find locations.

It seems like Gary is more inclined to head towards the harder spots to where locating the hidden treasures is said to be nearly impossible. This could be the fact that since it’s seen as impossible or not worth the time that such areas have remained undisturbed for a while and are therefore ripe for the picking, for those who know what to look for and what they’re doing.

1. He tends to find a lot of modern treasures as well.

There’s usually bound to be watches, rings, earrings, and all sorts of things in the ground. People do lose stuff on occasion so it’s not too surprising that Gary would find it now and again. Some of the things he finds seem like they’d be worth a very hefty sum.