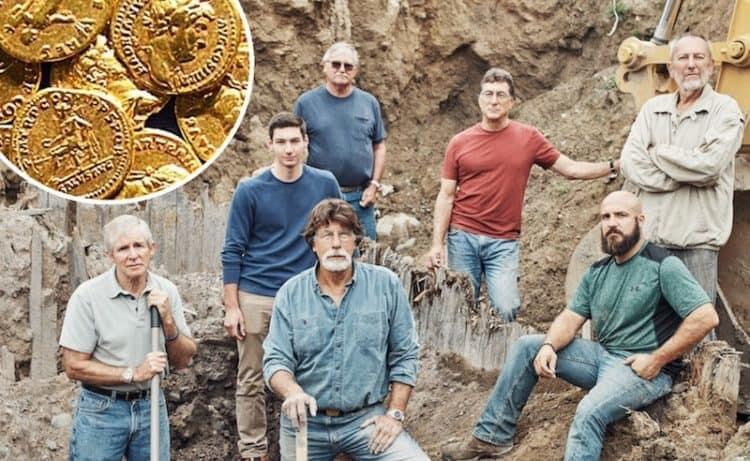 Fans of the Discovery Channel show “The Curse of Oak Island” continued to be fascinated season after season with the technology and efforts made by the Lagina brothers to discover the legendary treasure of Oak Island. Up to now, the only treasure that has been found area couple of historical artifacts that have questionable value and a gold nugget or two.

It makes the casual observer wonder if the fandom comes not from the discovery of unearthed treasure but if anyone will drop dead while filming and prove the curse is really a curse at all. In the elusive search for hidden treasure, should they find any, the question is what are the potential tax ramifications of the find. For fans of the show, all of this time, money, and equipment costs money, and thus the tax factor can be significant when trying to break even at the end of the series — expenses paid by the cable network notwithstanding.

A quick look into the taxation rules of Oak Island are both vague and interesting, and worth a look for both fans and critics of the show. Because of the low yield of the search up to now, the tax issue has been quite rightly overlooked. One of the key points is whether the Lagina brothers will have to pay taxes, if any, on all their findings or just part of them. Then there is the question of what type of findings are taxable. For example, how can the value of any historical findings be established? Gold and silver are easy targets, but even then there may be some financial issues.

There is the Oak Island Treasure Act passed in 2014 that governs such findings. It establishes the rules on how discoveries must be “handled” which, as it turns out, is not necessarily a formal tax regulation as many people understand it to be. First, any finding must be reported to the Minister of Natural Resources in very specific detail. This includes the type of treasure found, when it was discovered, and the procedures and methods used to arrive at the find.

But the paperwork is only the first step. The actual treasure must be able to be physically seen and identified by the same Minister, at which point the discovery will be officially confirmed. It must include the name of the place where the treasure is being kept, making a major find more of a security issue for the Lagina brothers than one of taxation.

Once the treasure has been identified and its value assessed, the formal wording of the Oak Island Treasure Act does state a royalty must be paid, but the exact amount is vague, to say the least. A “license” is issued directing the amount of the royalty payment due, but nowhere is that amount or rate specifically established in the Act. Much of what goes on in the area of taxation is basically left up to the Minister, making it somewhat of a political issue than a financial on.

The Minister has the power to grant the holder of the treasure the right to use it for whatever purposes they see fit, and they may sell it at any price the market will bear. Though the details are scanty, the license had a number of details that specifically establish the boundaries of the type of find, the legal holding of the find, but not the assessment of valuation of the find.

Best we can tell, the taxes will not be established until the value of the find(s) have been determined. If each find requires an individual license, then that valuation process can take quite some time, depending on the number of treasures found. So if there is a tax strategy that can be had once a major find occurs, it seems safe to assume that the Lagina brothers have done their homework on the issue.

But all this leaves an interesting problem. If the taxes are charged on the basis of an initial valuation, what if six months later a higher valuation is established? This might be the case with historical finds, allowing the Lagina brothers to pay less tax once the initial valuation has been agreed upon. All of this is apparently under the direction of the Minister under the Act.