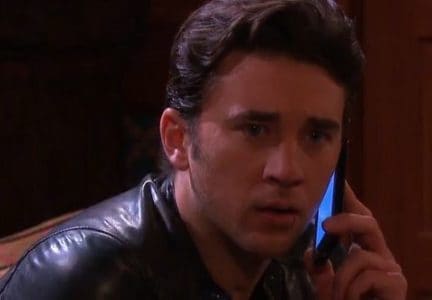 Days of Our Lives fans are still reeling about the news that there is another DiMera and all that he has to share with his newfound family. He’s not someone we feel might be the warm and fuzzy type. In fact, he seems to want to walk right into the family like they’ve known him all along and take what he believes is his. The fact that not one person even knew he was a live or that he existed at all is not a problem for him. He still feels that he has a right to take his family name and turn it into something of his own, and he’s not allowing anyone to get in his way.

While all his new siblings are a little shocked that he is even a person who exists, he’s going to take the opportunity to let Abby and Chad know what’s up with him. He’s already given them the shock of a lifetime by telling them who he is and where he’s been all their lives, and now he is about to tell them that he wants a piece of the family pie.

It’s bad enough that Stefano did what he did to his own family, but now he has a son no one knew existed who has taken it upon himself to show up and take over what he feels is rightfully his. The shocks and the news keep coming, and no one is very pleased to hear any of this.